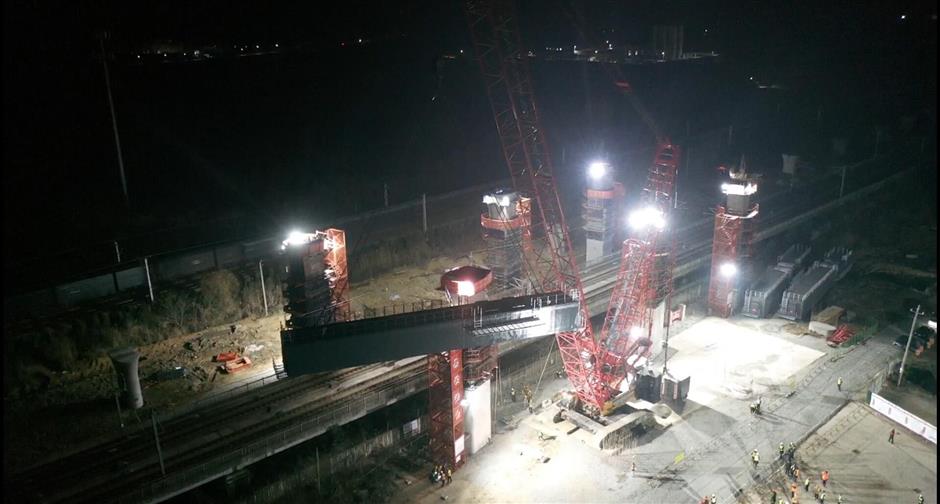 The first steel anchor beam is laid on a new high-speed railway line.

The first steel anchor beam of a high-speed railway connecting Shanghai with Suzhou in Jiangsu Province and Huzhou in Zhejiang Province has been successfully hoisted and laid, indicating the project's construction has entered a new phase, China Railway Shanghai Group officials announced on Friday.

The 115-ton beam was installed in Huzhou on Thursday in very cold and windy conditions.

It will connect with other key high-speed lines, such as the Nanjing-Hangzhou, Huzhou-Hangzhou and Shangqiu-Hefei-Hangzhou routes as part of the Yangtze River Delta network.

The project, which began in June, is expected to take four years to complete.