Designs for Shanghai villages are winners 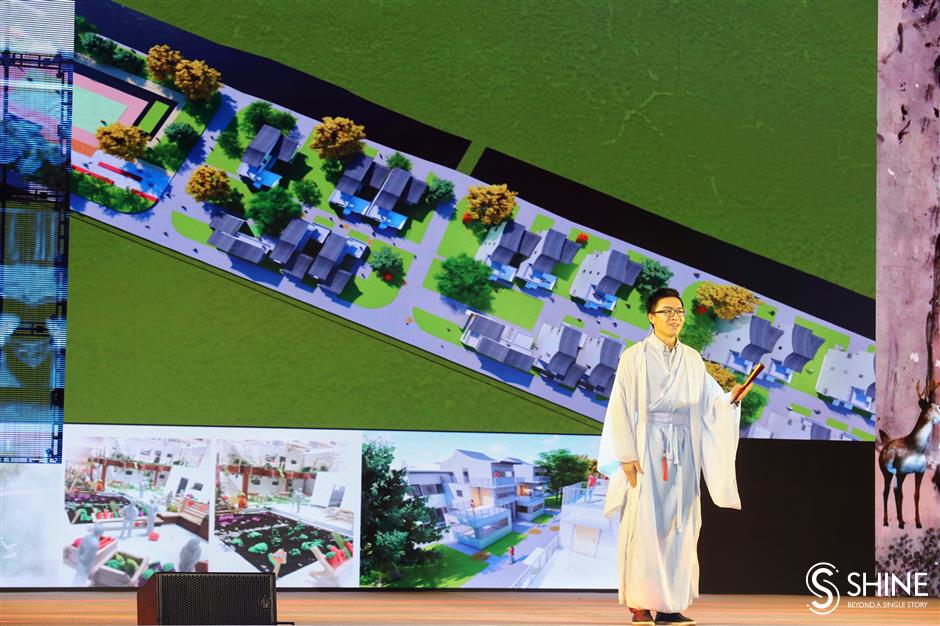 A winner talks about his design at an event at Shanghai Film Plaza on Tuesday.

Thirty-five designs for Shanghai’s countryside stood out in a Youth League Shanghai contest which concluded on Tuesday.

Organizers said they received 198 works by 2,100 young designers in 445 teams from around the country since May last year.

Their task was to design six villages in suburban Shanghai districts.

An awards ceremony was held at Shanghai Film Plaza on Tuesday, where the winning designs were on display.

The Youth League launched a youth talent plan for countryside revival on the same day which aims to select 250 young professionals in farming, entrepreneurship, agricultural technology, grassroots administration and design.