A patient who had serious breathing difficulties for over 20 years had her windpipe reconstructed by doctors at a city hospital and is finally able to breathe normally.

The 53-year-old woman, surnamed Wang, had tuberculosis in 1997 and frequent recurrences over the next 10 years resulting in damage to her trachea and left lung.

She suffered a car accident in 2019 and had to be on a respiration machine for over 40 days which made the problem worse.

She was repeatedly admitted to the ICU and had six tracheal stent surgeries to improve her breathing.

But her condition got worse as the effects of each stent surgery lasted shorter and shorter.

At Shanghai Chest Hospital, doctors found her trachea had completely deformed and was as thin as a piece of paper.

Doctors used extracorporeal membrane oxygenation to ensure the patient got enough oxygen during surgery. They found that the thin trachea had stuck to the spine and any mistake could cause further injury. Doctors cut out 4 centimeters of deformed trachea and the upper right lung and then connected the rest of the trachea with the lung tissue to rebuild an air tube.

After a two-month rehabilitation, the woman's trachea became stronger and she can now talk and breathe normally.

“Patients with the same condition are not rare. We hope we can help them suffer less and get proper and effective treatment in time,” said Dr Yao Feng, a leading surgeon in the case. 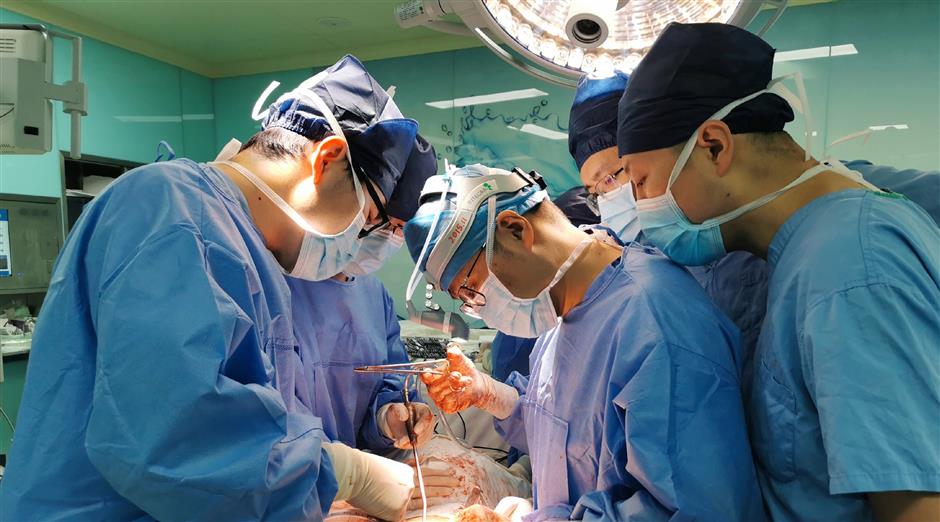