An artist's rendition of the completed memorial of the First National Congress of the Communist Party of China.

The memorial of the First National Congress of the Communist Party of China will be completed by the end of April and officially open to the public by July.

Work on the new site in Huangpu District where the Party was born in 1921 was completed in July last year. A trial operation will be launched in May, the city government said.

The memorial will include the former site of the congress and Bowen Girls School, where some of the delegates, including Chairman Mao Zedong (1893-1976), stayed during the meeting, as well as a newly built memorial for exhibitions.

Both structures were renovated using traditional techniques and modern technologies to preserve the century-old shikumen (stone-gate) buildings, while reinforcing them.

The new memorial building features Shanghai’s unique shikumen structure in accord with the architecture in the surrounding Xintiandi area. Capacity will be increased to be able to receive over a million visitors a year.

The former site was closed in November 2020 to give way to the expansion project after visitor numbers kept on increasing.

Apart from the first National Congress in July 1921, many important movements were launched in Shanghai. President Xi Jinping and six other members of the Politburo Standing Committee visited the site on October 31, 2017, a week after the closing of the 19th National Congress.

Since then, the site has seen an increasing number of visitors every year, making it essential to expand the structure where the congress was held a century ago. There were 1.4 million annual visitors in 2018 and 2019 before numbers decreased sharply last year due to the pandemic.

The former site was closed in November 2020 to give way to the expansion project.

Over 1,000 exhibits, including 600 cultural relics along with photos, videos, oil paintings, sculptures and multimedia, will be displayed about the birth of the Party and the revolutionary practices in Shanghai. The memorial has gathered over 120,000 exhibits.

The site of the First National Congress of the CPC at 374 Huangpi Road S. was renovated in 1952. The renovation work on the row of shikumen houses in the Shudeli complex was completed early that year. The site opened to the public in 1968. The name of the site was written by former leader Deng Xiaoping. 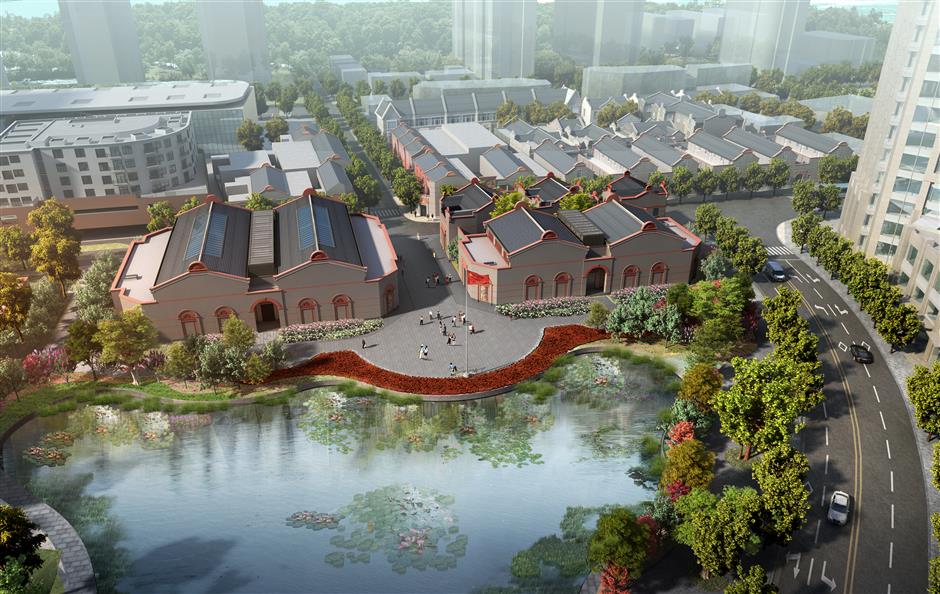 The renovated memorial of the First National Congress of the Communist Party of China will be open to the public in July.

An initial expansion work was completed in May 1999, with new structures resembling the shikumen houses of the 1920s. There was another major refurbishment and expansion in 2016 to commemorate the Party’s 95th anniversary.

Shanghai has preserved a total of 612 historic sites related to the revolutionary campaigns between 1919 and 1949. They include 497 former sites of key Party and government bodies as well as 115 memorial venues.

Shanghai people’s congress plans to release a new regulation on the promotion and protection of these “red resources” by July. The sites will have a uniform logo and a new online education platform.