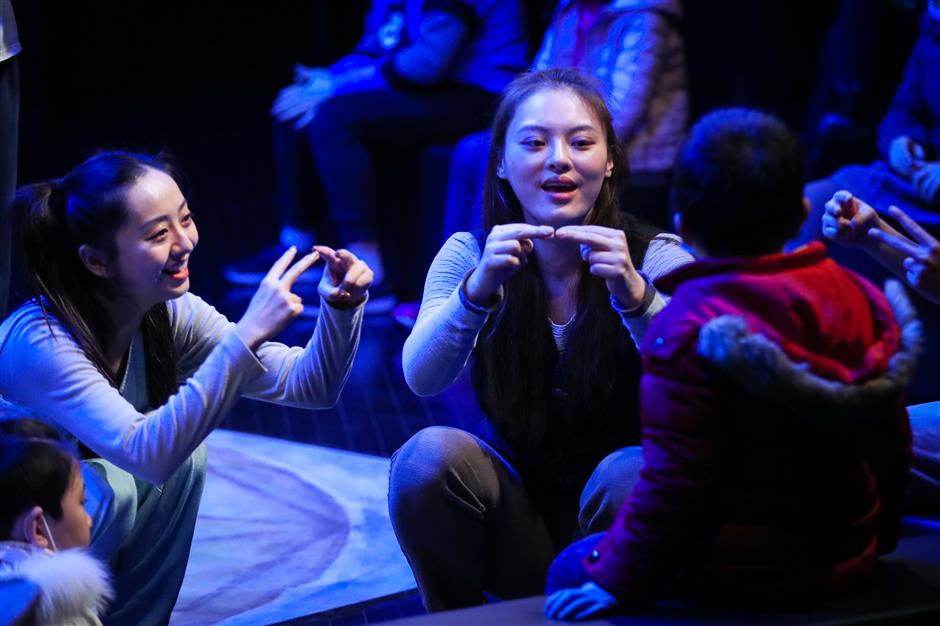 The plays are part of a public welfare program, “Wish of Starfish,” initiated by the China Welfare Institute in 2017.

The free play, which will run every month at the Huangpu District theater, is performed to only six children at a time accompanied by their teachers or parents. Four actors closely interact with the children and invite them to participate in the performance.

The plays are part of a public welfare program, “Wish of Starfish,” initiated by the China Welfare Institute in 2017. The institute has sponsored 284 performances and workshops to help children with cognitive disorders.

The theater has staged several plays from UK’s Bamboozle Theater and modified them into Chinese versions, including “Down to Earth” and “The Gentle Giant." 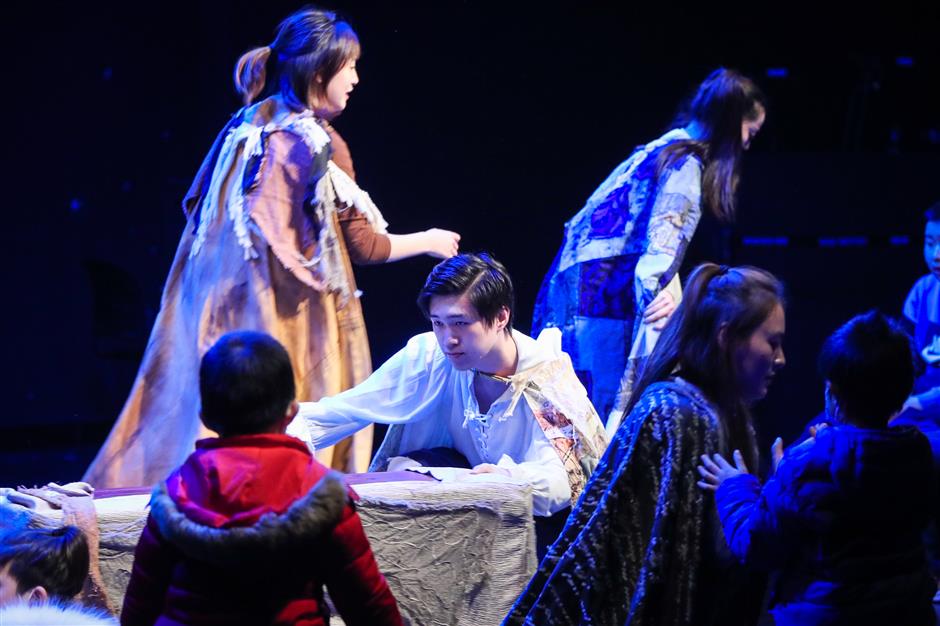 Actors perform for children at the Shanghai Children’s Art Theater.

The 45-minute "Storm" creates an environment filled with love, encouragement, tolerance and equity for children, while helping foster confidence and passion for their parents, according to theater officials.

“Our purpose is to encourage children to decide on their own whether or not to interact with the performers, rather than simply guide them to do what we want them to do,” said a performer surnamed Chen. She said it took about two years to train the performers and prepare for the play.

“My child can actively interact with the performers now,” said the mother of one of the children. “At the beginning, he had few reactions to the performance."

The plays are also part of Show Life, a Huangpu-based theater and art performance zone.

With donations from the Huangpu District Youth Federation and the crew of the popular comedy “Laughter in Shikumen,” the plays will run at the theater through November.

Free tickets are available through the theater's WeChat account (scat0601). 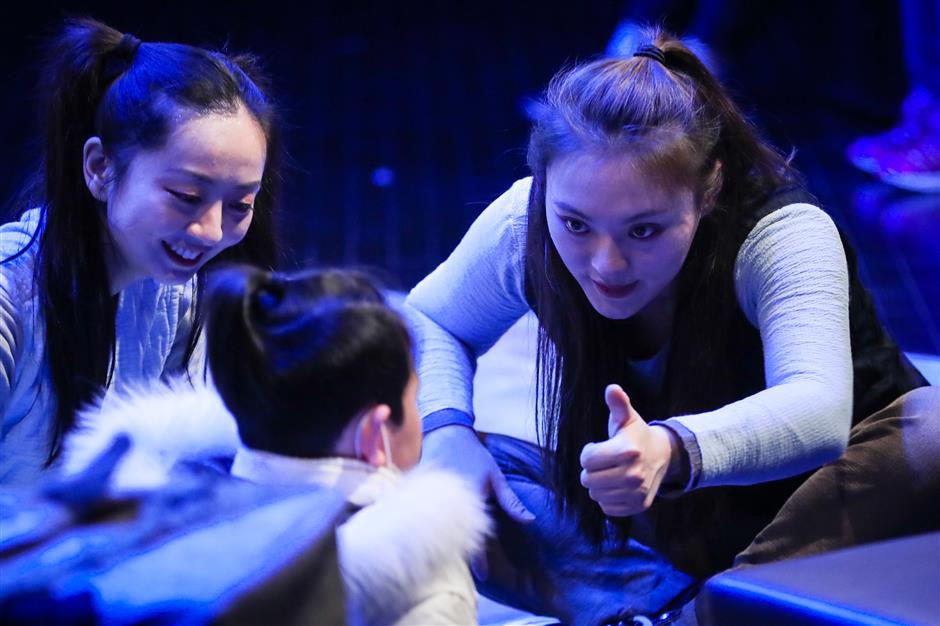 An actress interacts with a boy during a performance.