Tangyuan, glutinous rice balls with sweet or salty fillings, is an essential treat for the traditional festival, but the versions for animals are quite different.

Pelicans at Shanghai Zoo in Changning District ate fish ball tangyuan, while Bengal tiger cubs have been given beef, pork and chicken balls.

Monkeys enjoyed a feast of wotou (a kind of steamed bun of corn or sorghum) tangyuan and fruit "soup," while fruits in the shape of lanterns were provided for red pandas.

A holiday atmosphere has been created where lemurs live with festive lantern decorations. 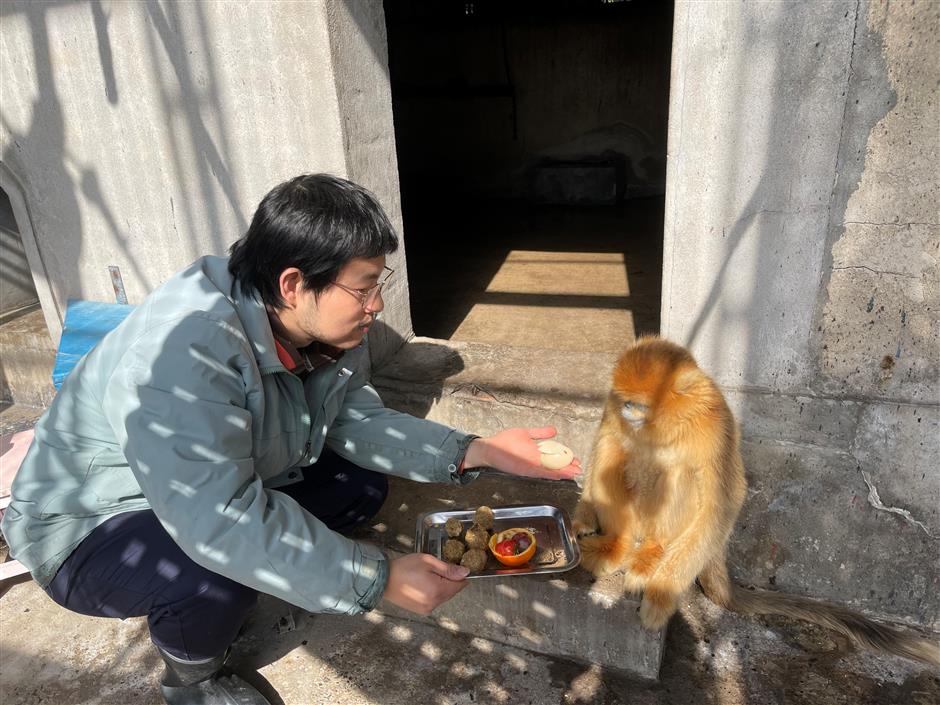 A monkey at Shanghai Zoo is fed wotou (a kind of steamed bun of corn or sorghum) tangyuan and fruit "soup." 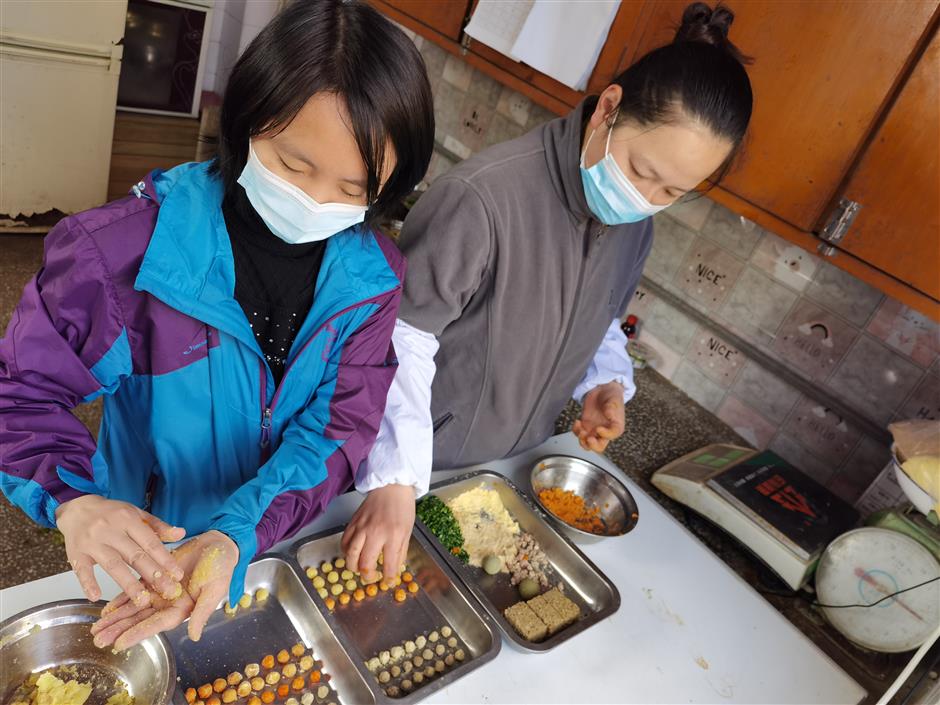 Animal keepers at Shanghai Zoo prepare tangyuan for the animals.

At the ocean park in the Pudong New Area, otter triplets and their mother were fed special tangyuan made of chicken and shrimp.

Each tangyuan contains 400 grams of chicken and 100 grams of shrimp, and each otter eats two or three at every meal.