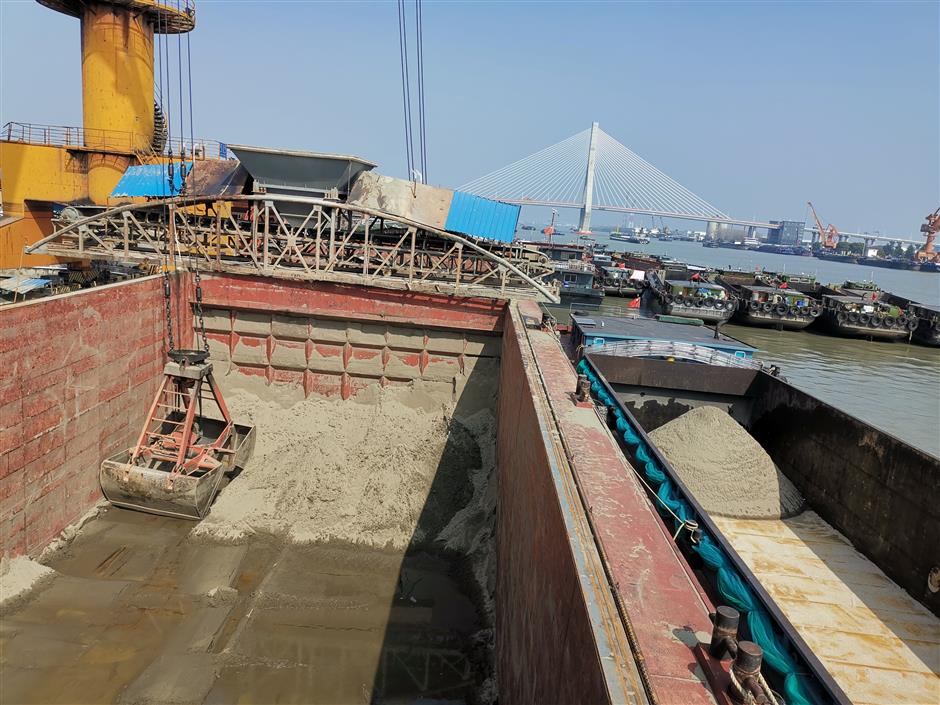 A total of 32 suspects have been caught in two illegal Yangtze River sand mining cases, Shanghai police said on Friday.

Eight suspects were caught on March 14 at waterways in Minhang District where the illegally mined sand was unloaded at a dock.

Police said the suspects told them the sand was mined from a river in Anhui Province and transported to Shanghai to be sold. They also said they mined roughly the same amount in February at the same spot.

The case is the first of its kind since China’s Yangtze River preservation law took effect on March 1 this year.

In a separate case, 24 suspects were caught at the Qingcaosha reservoir on the Shanghai part of the river, other locations in the city and in Jiaxing in Zhejiang Province on March 15,

Over 42,000 tons of sand were seized, with an estimated value of over 2 million yuan.

Sand miners need a permit from the government, and illegal sand mining is extremely detrimental to the ecology, river infrastructure and waterway safety, police said.