All local health workers, who are fit for the COVID-19 vaccine, will have the shot before the end of April, the Shanghai Health Commission said on Wednesday.

Although the pandemic has been under control in China, some imported and sporadic local cases have been found now and then. Vaccination is the best way to prevent the disease, the commission stated.

Shanghai Daily learned from Renji Hospital on Wednesday that over 70 percent of its staff, including medical workers, administrators and back office employees, have been vaccinated, with no serious adverse reactions reported as yet. 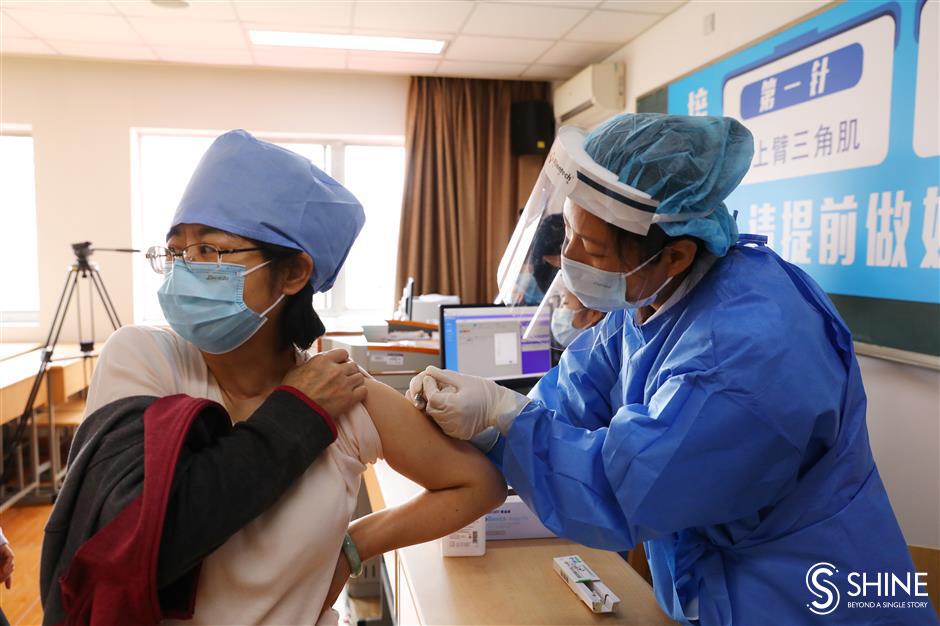 A worker from Renji Hospital's east branch is vaccinated in the hospital on Wednesday.

“Many workers, aged over 60, have shown their willingness after the health commission announced that inoculation will be provided for seniors from Thursday," Zhang Jidong, vice president of the hospital, revealed.

On Wednesday, around 400 vaccine shots were taken by hospital staff.

A doctor from the Rehabilitation Department, surnamed Yu, took the first jab with her husband, who is also a doctor in the department, on Wednesday. Both of them felt well after the injection.

“I was worried about adverse reaction earlier, but I got so much positive feedback from my vaccinated colleagues that it gave me confidence to take the jab,” she said, revealing that the majority of department staff had been injected.

“Our decision also influenced my parents and parents-in-law. They said they want to be vaccinated as soon as possible,” Yu said. 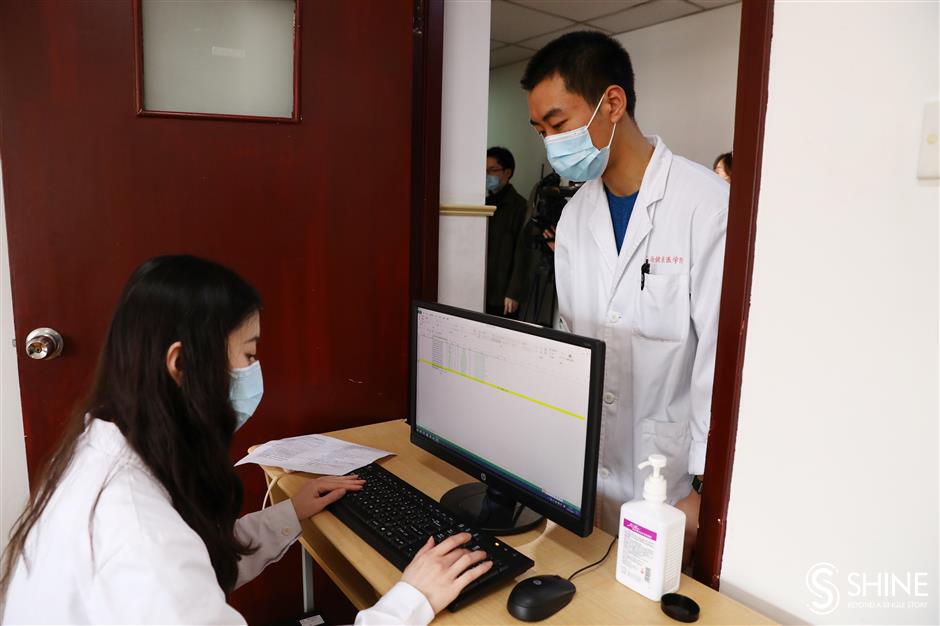 A staff member checks the information of a worker at Renji Hospital's east branch before his injection on Wednesday.

The vaccination service at the hospital began on December 23 last year. As of Tuesday, nearly 5,400 people had taken their two vaccine doses, Zhang said.

An Italian doctor at Renji, Giuseppe Bigatti, is one of them. He is the director and a full-time doctor at the Sino European Life Expert Center, a medical center focusing on intrauterine disease diagnosis and treatment at the hospital.

He took the first shot on January 26. During that time, many COVID-19 cases were discovered in China but Bigatti refused the suggestion from the Italian embassy in China to return home to Italy. He said he was of the firm belief that China would control the disease well and he needed to be with his colleagues in Shanghai in the battle against the coronavirus.

According to the hospital, more than 7,500 employees are fit to take the vaccine, Zhang said. 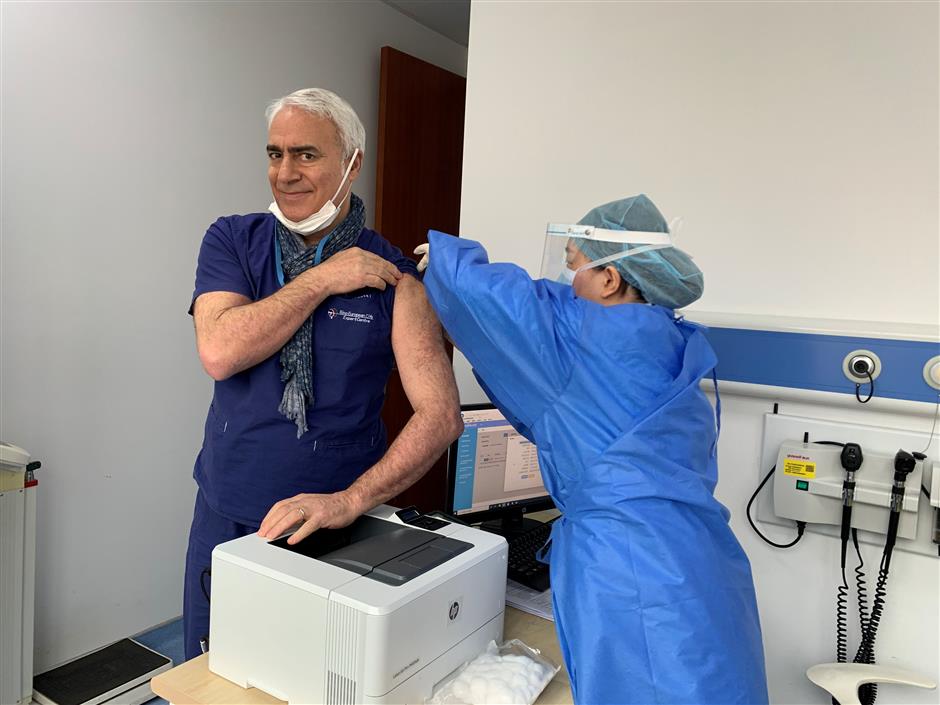 Meanwhile, at the Shanghai Cancer Center, more than 80 percent of staff, eligible for the vaccine, have taken their two shots.

Before the center was put under closed-loop management on January 21 after a worker was diagnosed with COVID-19, around 50 percent of staff had been vaccinated, Wu Jiong, vice president of the center, said on Wednesday.

“And the majority of people, who work in the same department as the confirmed colleague, have been vaccinated,” he revealed.

“No other worker in the hospital has tested positive, which shows the importance of vaccination.”