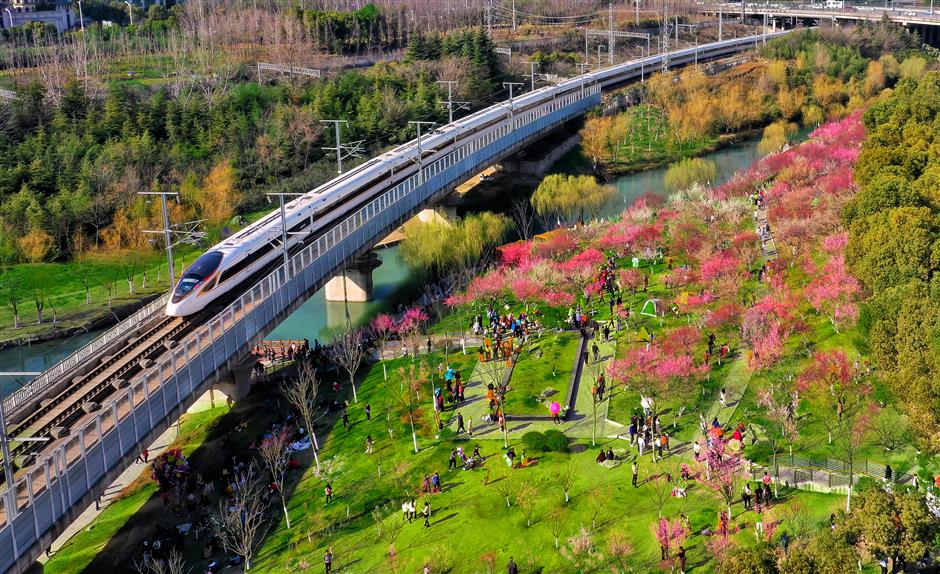 A kite entangled in the power line of rail system led to delays of a number of trains on the Shanghai-Nanjing Intercity Railway route on Sunday.

Some trains at Shanghai's railway stations were affected, and the 18-minute trip from Nanjing in Jiangsu Province to Chuzhou in Anhui Province was delayed by more than one hour.

Railway operators in the Yangtze River Delta region said the incident took place at 3:39pm on Sunday at the Suzhou Industrial Park/Yangcheng Lake section of the railway, leading to equipment failure that caused train delays.

The equipment was repaired by 4:48pm, and normal operations at railway stations in Shanghai resumed around 8:25pm.

Flying kites and balloons within 500 meters of railway power lines are prohibited, according to China's safety regulations.

Meanwhile, the China Railway Shanghai Group said today that the number of railway passengers in the Yangtze River Delta region surged during the three-day Qingming Festival holiday that ends today.

The holiday travel peak runs from Friday to Monday, and almost 8 million passengers made railway trips in the region between Friday and Sunday.

The busiest day was Saturday with more than 3.2 million passengers, a daily record for 2021.

Excursions, tomb-sweeping and family visits were the primary drivers of the passenger surge, the group said.

More than 1,300 trains were in service in the region during the holiday, including over 1,100 high-speed trains.

Today a return peak is expected with 2.87 million passengers estimated in the region, and an additional 184 trains will be put into service to satisfy the growing demand.

Since March, railway passenger flow in the region has gradually increased, with the coronavirus pandemic waning across the country and the tourism market warming up.

During the holiday, the number of passengers taking trains to Liu'an and Jinzhai in Anhui Province, both "red tourism" sites, was two to three times higher than average, according to the group. 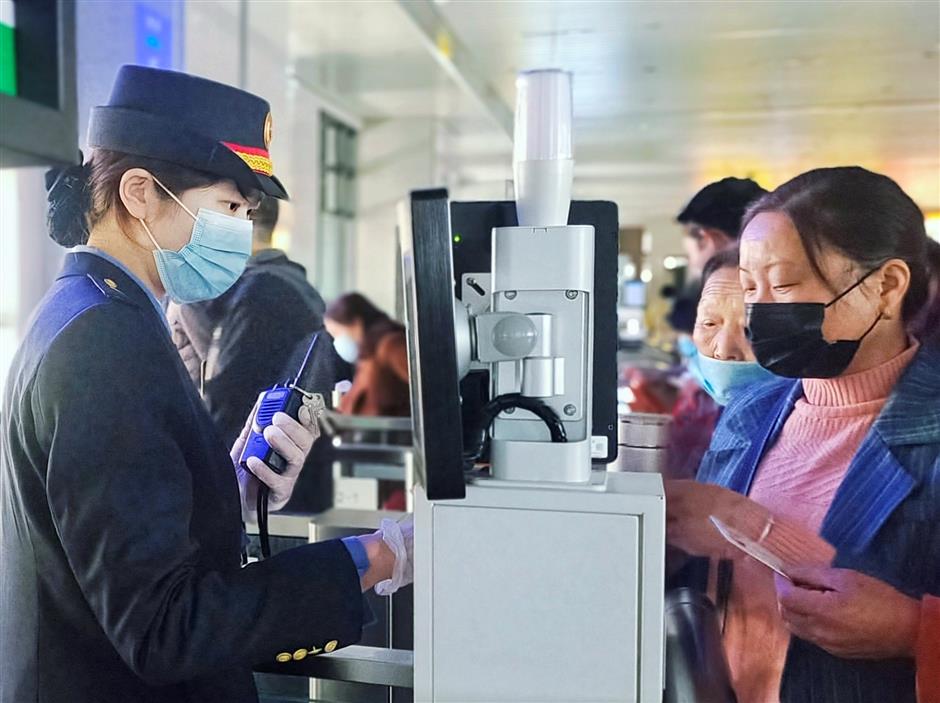 A railway worker helps a passenger verify her ticket at Liu'an Railway Station in Anhui Province.