Shanghai New York University (NYU Shanghai) launched a new scholarship plan on Monday for outstanding Chinese applicants. The plan includes the establishment of the Lizhong Achievement Award, a 1-million-yuan (US$150,000) scholarship covering the cost of four years of study at NYU Shanghai, including tuition, housing and meals.

The award, named after NYU Shanghai’s founding chancellor Yu Lizhong who retired last year, will be disbursed to exceptional Chinese students entering the university this fall.

Selection will be based on each candidate’s application, including high school academic achievement, performance during NYU Shanghai’s Candidate Weekend, where applicants are evaluated on their language and critical thinking skills, and scores in China’s national college entrance examination.

“The establishment of the Lizhong Achievement Award is a major step toward an even more robust need-based financial aid and academic scholarship program at NYU Shanghai,” said Tong Shijun, current chancellor of the university. 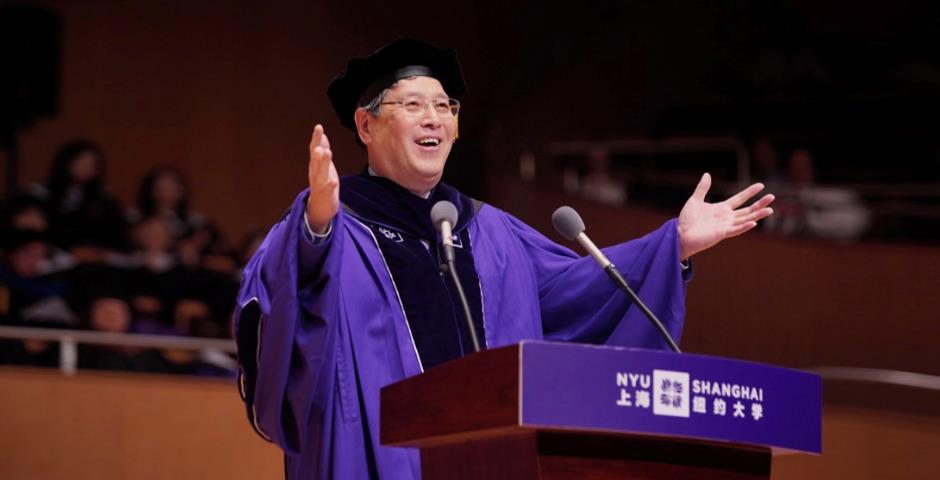 NYU Shanghai also announced that its two existing merit-based scholarship awards – the Quintessence Award and Elite Award – have increased in value by over 50 percent this year, now providing 360,000 yuan and 180,000 yuan, respectively, over the course of four years.

All admitted Chinese students will automatically be considered for all three merit-based scholarships, and no additional application is required. Students selected to receive the scholarships will be notified of their award in late June or July, the university said.

All Chinese students admitted to NYU Shanghai – including those who receive merit scholarships – may apply for need-based financial aid from the university, in addition to China’s national student loans and the National Endeavor Scholarship.

This year, NYU Shanghai intends to extend final admission offers to 251 Chinese students from among 2,246 applicants. These students will join a roughly equal number of international students selected from over 16,000 applicants from 122 countries in the fall semester.