A little owl, an avian species that inhabits the warmer parts of Europe, Asia and North Africa, was discovered on Tuesday in Shanghai for the first time.

The little bird was discovered by a patrolling police officer in the greenery of a residential complex in Chongming District, the district police said.

The bird, seemingly too frail to fly, was taken to the district wildlife relief center for a physical checkup and found to have wounds on its right wing.

Experts at the center identified it as a little owl (Athene noctua), a protected species in China mostly found in the northern and western regions. It is the 507th bird species discovered in the city.

The bird will be taken care of at the relief station and released back to the wild after recovering.

Last month, another rare bird — an upland buzzard — was found in Chongming, the first time the species had been spotted in the city since 1943.

Residents are advised to contact the police or forestry authorities when they discover injured wild animals. 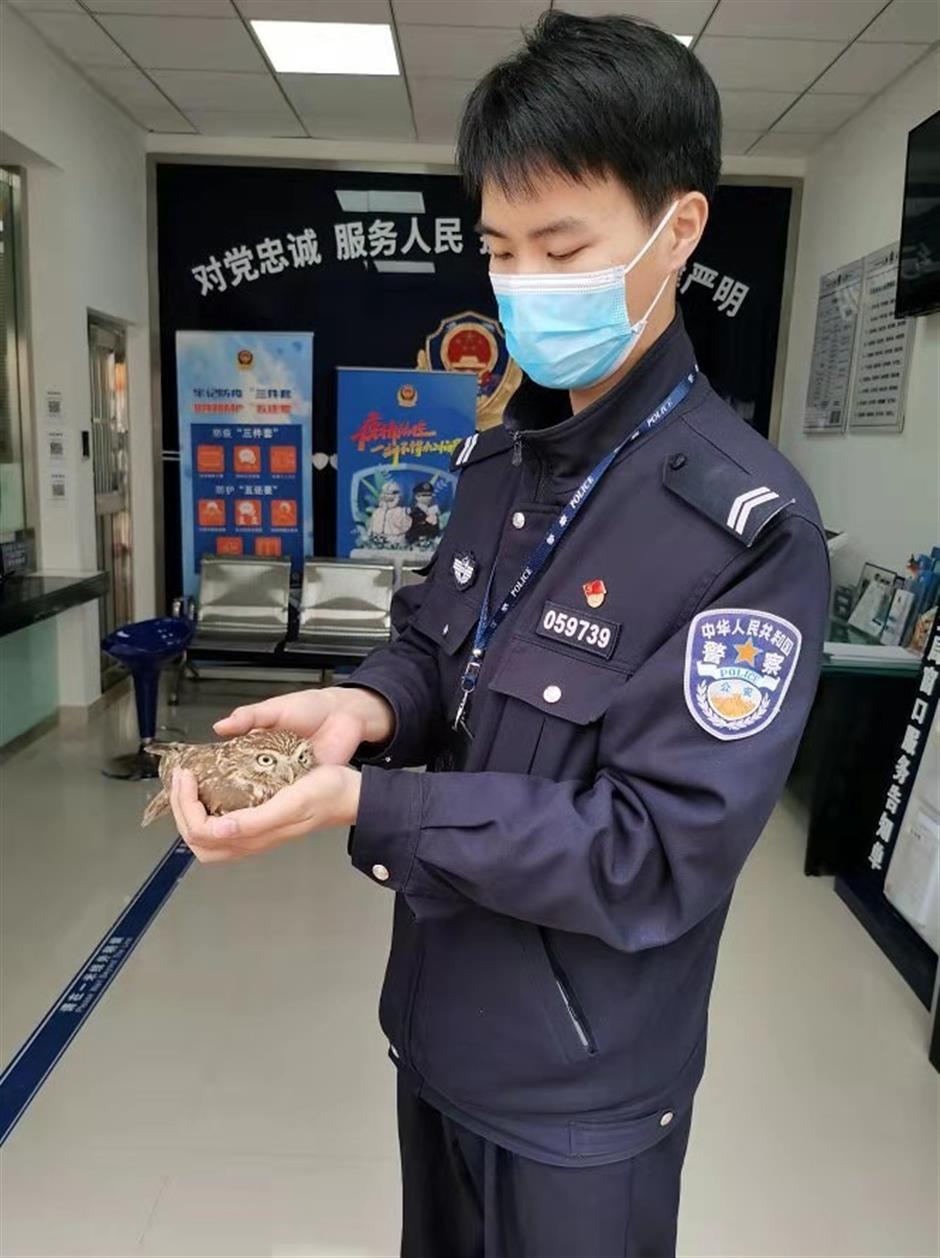 An official holds the little owl in his hands.