Police in Baoshan District began their investigation in February based on a report from a resident.

The resident claimed he bought a “Korean-style” Yonex T-shirt at a discount from an online shop, and discovered it was fake when he played badminton while wearing it.

Yonex officials later told the police the company has never produced “Korean-style” sportswear, and the fake T-shirt was obviously inferior in quality to real ones.

Police soon located the owner of the online shop, a man surnamed Yuan based in Guangzhou.

Yuan was found to be operating a small clothing factory in a village in the suburbs of the city. However, police said based on the shop's huge volume of fakes, there had to be other underground factories involved.

Their suspicion soon fell on two brothers surnamed Wang, Yuan’s acquaintances from his hometown who used the same driver to deliver their fake goods.

Last month, the suspects were rounded up in six different parts of Guangzhou, with police seizing more than 12,000 fake Yonex sportswear items. Police said the authentic counterparts of the seized items are worth more than 20 million yuan (US$3 million).

The suspects conceded that the cost of a fake garment was under 30 yuan. 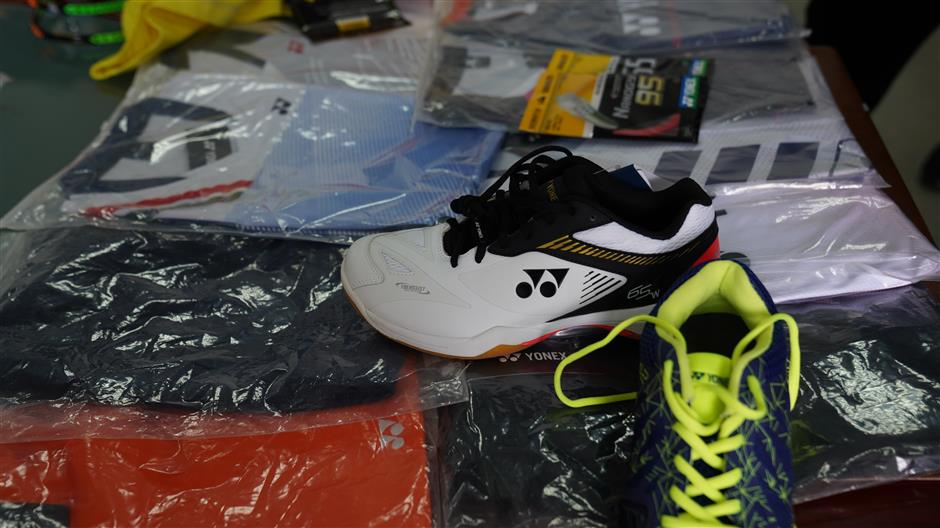 Some of the fake Yonex items seized by the police