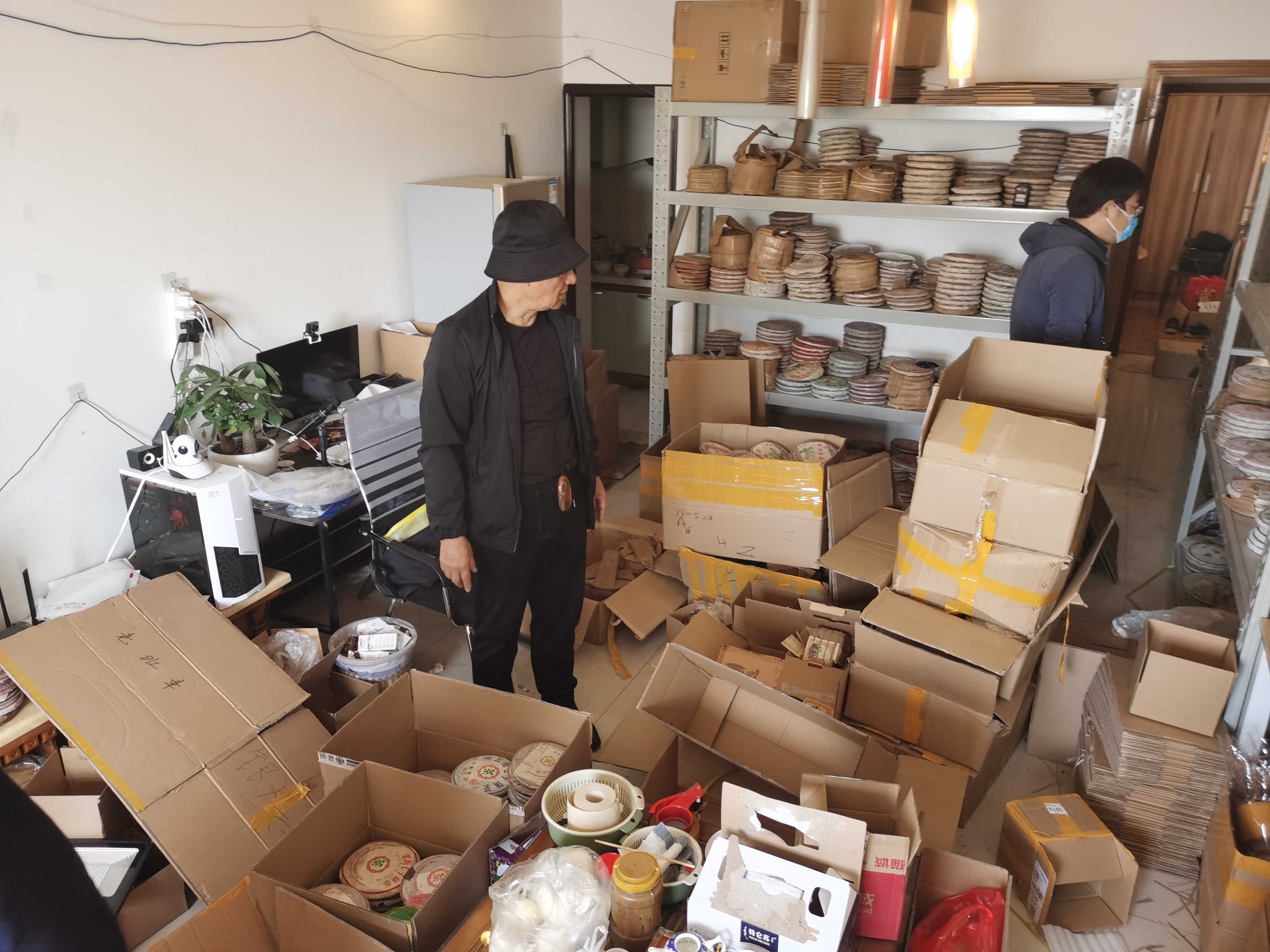 In a raid last month, police seized more than 10 tons of the fake tea, the authentic counterpart of which is worth about 1.8 billion yuan (US$300 million).

Police in Changning District began their investigation last month when they discovered an online store selling some normally expensive varieties of Pu'er tea at low prices.

For some varieties, a standard Pu'er tea product can cost up to several hundred thousand yuan, but the suspects' Internet store was selling it for only 200 to 800 yuan.

China Tea Co’s Yunnan branch, which produces real Pu'er tea, identified the packaging of the tea products sold through the store as fake.

Through their investigation, police found the fake tea was produced in a tea factory in Menghai County, Yunnan Province.

The longer Pu'er tea is preserved, the higher the quality it is considered to have, but police said the suspects combined old tea with a new harvest.

To make the new tea taste like the old varieties, they kept it wet to make it ferment faster, which reduces its quality as the tea is supposed to be preserved in a dry environment.

The owner of the shop, a man surnamed Ou, was caught in Guangdong Province earlier last month with a few others working for him, while the suspects who allegedly produced the fake tea were later caught in Yunnan.

The suspects have cleared more than 2 million yuan selling the tea since July 2019, police said.

It was also sold in the suspects' shop in Yunnan.