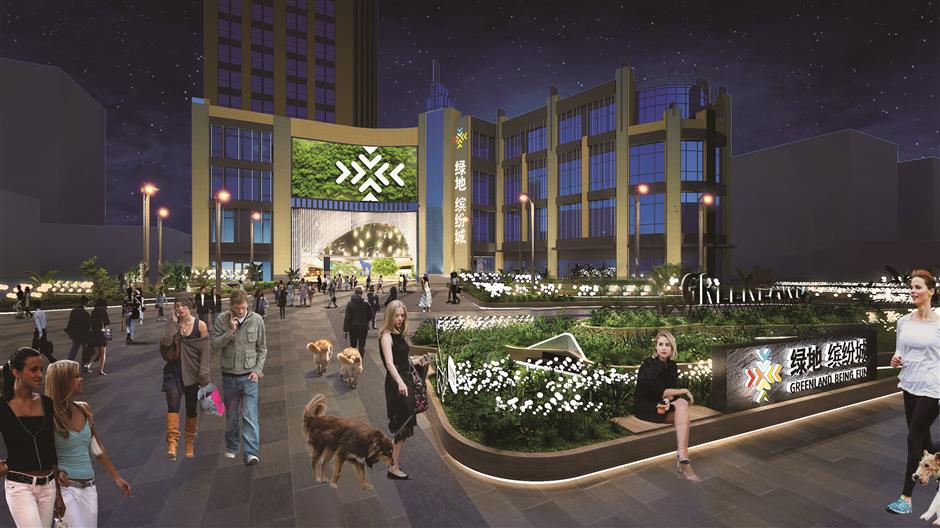 Putuo District is set to launch about 90 promotional activities during this year’s Double Five Shopping Festival across its shopping, tourism and entertainment venues.

The annual shopping festival that runs through June aims to expand and improve the city’s consumption, and accelerate the development of Shanghai as an international consumption center.

Citywide, Shanghai is set to launch around 1,900 promotional activities during the shopping festival.

Compared to last year's festival, this year’s will be larger, better in supply quality, wider in scope and more practical in benefiting consumers, according to the Shanghai Commission of Commerce.

The promotional events in Putuo will be themed around “new consumption, new measure and new life."

To boost the influence of its automobile market, the district will host auto sales promotional events. Many new products will be launched, along with imported items, new eateries and information consumption.

E-commerce, livestreaming and other new sales measures will be promoted in Putuo during the festival. Online shopping platforms such as Alibaba Local Life will host various promotional events to boost new consumption.

Renowned culture and tourism companies based in Putuo, such as Global Harbor, will launch activities to drive the nightlife and brand economies.

Strict COVID-19 protection measures will be taken to ensure safety amid the pandemic. No large or long public gatherings will be allowed, while food safety will also be safeguarded through the event, the Putuo Commission of Commerce said.

Putuo is determined to get the economy back on track amid the pandemic, while promoting the district’s shopping dynamics, charm and quest to become one of the city’s top shopping destinations.

Retailers and merchants have been encouraged to adopt innovative models to promote products and attract shoppers, the commission said. 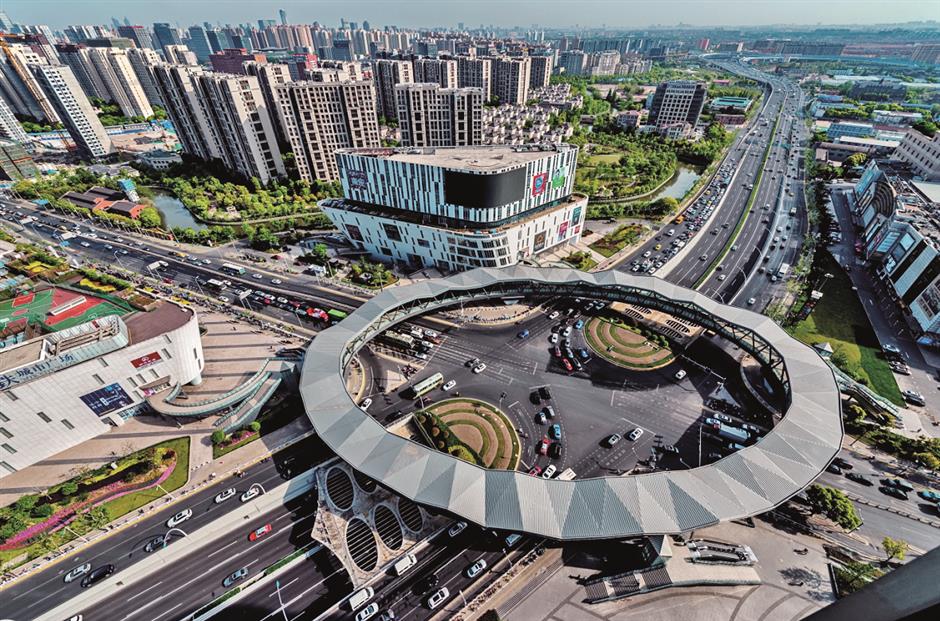 As a highlight, the Putuo session of the Shanghai Auto Festival will be launched to kick start the annual shopping frenzy in Putuo, which features many 4S stores.

The district government and the city’s commerce commission will jointly launch the auto festival on Meichuan Road between April 30 and May 5. A large swathe of 4S stores in Taopu and Changzheng towns as well as the city’s automobile association will take part in the sales campaign.

Multiple new cars will debut during the opening ceremony on April 30, with promotional events planned both online and offline.

Last year, the Putuo auto festival attracted a large number of buyers with new car releases and sales promotions. Sales at local 4S shops were severely affected in February of 2020 due to the coronavirus outbreak, but business gradually recovered after last year's festival.

Dozens of models from 20 foreign and domestic companies were exhibited on the Meichuan Road pedestrian street during last year's festival. Brands including Lexus, Audi, Cadillac, Buick and Chevrolet unveiled their latest models at the event.

Dealers provided discounts and promotions at last year's festival, such as cash subsidies and preferential financial policies. A 70,000 yuan (US$9,914) discount, for instance, was offered for Jaguar XEL vehicles, while Land Rover Discovery models were about 50,000 yuan less expensive.

Such discounts and promotional events have been planned for this year’s event, according to the commission.

As another popular festival initiated in Putuo amid the pandemic last year, the second Global Food Festival will be held at the Suning Carrefour supermarket, featuring discounts on imported products and more than 3,700 imported food items from 350 brands in 39 countries.

During last year’s food festival in Putuo, about 300 food items imported from abroad were sold together with local produce, including imported cold cuts, red wine, steak, fish, shrimp and milk. Many of the products will appear in the festival for the first time, such as Spanish ham, French sausage and Italian ham slices.

The food festival proved to be one of the most popular events during last year’s shopping festival.

The Putuo Greenland Being Funny Mall will launch a series of theaters featuring immersive stage dramas and interactive games. Bazaars, parades, band concerts and immersive performances will be presented at the mall.

The MTR City Plaza on Zhenbei Road will introduce a shopping street with selected products and food. In cooperation with Alibaba Local Life, the popular mall will also host a “digital life festival” to promote smart applications and the e-yuan digital currency.

Global Harbor, the largest and one of the most popular downtown shopping malls, will launch many new products and promotional activities. The digital currency will be promoted among shoppers by offering discounts and coupons. A nightlife market will be opened for the Double Six Nightlife Festival in June with shopping, entertainment and family activities.

The mall on Jinshajiang Road has launched many warm-up events for the shopping festival. The second Global Flower Festival has kicked off, featuring traditional Chinese festivals and shows related to hanfu, traditional costumes of the Han nationality. People can also take a direct shuttle bus to the 10th China Flower Expo on Chongming Island from May 21 through July 2.

The festival was initiated in 2020 as the first original post-pandemic promotional campaign launched by local shopping complexes to help put the economy back on track.

The mall is decorated with a range of flowers and plants. An eight-meter-tall cherry blossom tree has been erected on the mall's southern plaza with more than 10,000 cherry flowers.

At Bailian Zhonghuan Shopping Mall, discounts and coupons will be available in May to encourage customers to shop. Changfeng Joy City will celebrate its third anniversary with weekend art exhibitions, performances and parades. 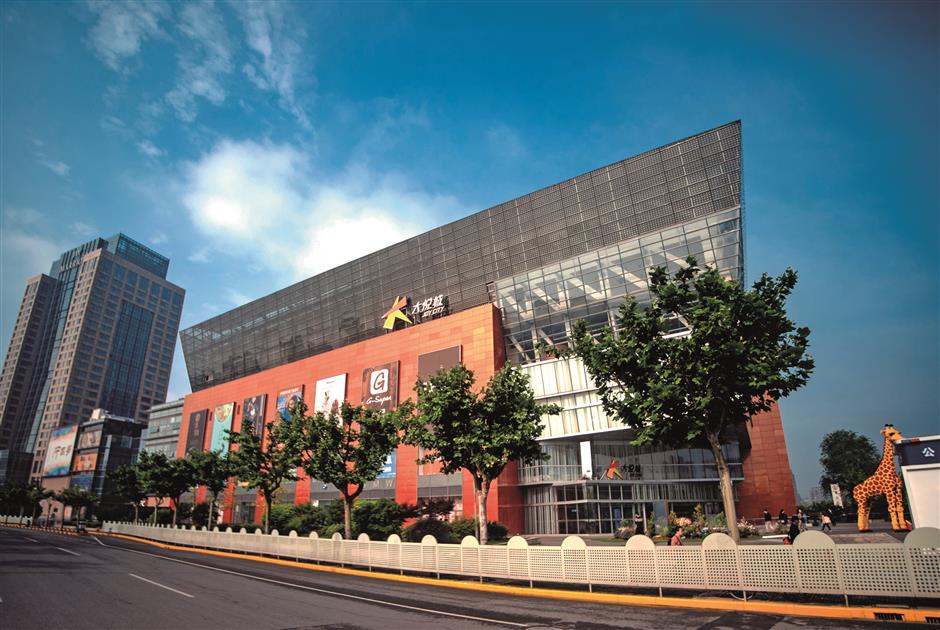 To promote the newly unveiled Suzhou Creek waterfront in Putuo, the district’s culture and tourism bureau will introduce 10 micro-tourism routes at the X Tower innovation park in the Changshou Road Subdistrict.

The walking routes traverse the most popular riverside attractions in Putuo, such as the M50 art park, Changfeng Park, Suning Art Museum and the Lego center. The routes are designed to boost Putuo’s distinction as the “18 bays of Suzhou Creek.”

Putuo has developed a continuous path along the 21-kilometer section of the creek in the district. The downtown section in Putuo along the creek was once home to China's earliest industries.

The waterfront section known as Baocheng Bay was home to a fifth of China's earliest textile factories, dating back to the 1920s. After 1949, the Shanghai No. 1, 6 and 7 cotton factories were based on the waterfront, along with a military warehouse for quilts and uniforms. The site was dubbed the "cradle of China's textile industry."

People can also check out a new aquarium for ray fish at Changfeng Ocean World, featuring species from across the world, including many from the popular children's television series "The Octonauts."

The Ray Bay Aquarium was the former beluga whale pavilion. The original inhabitants, two beluga whales Little Grey and Little White, have been relocated to the world’s only open-water sanctuary for beluga whales in Iceland.

The ray pavilion has seven species of about 90 rays, such as cow-nosed and swallow-tail rays, along with nearly 600 other aquatic creatures. Visitors can see baby rays and learn about the living habits of the various species.

The pavilion is the first themed experience center of "The Octonauts" in China. Children can follow characters from the TV series to accomplish tasks such as rescuing injured creatures, sorting ocean garbage and feeding animals via different installations. They can also get close to their favorite characters from the series and explore their mysterious undersea world.

"The Octonauts" is about a team of eight adorable animals who explore the ocean in search of adventure and fun. A new 4D movie featuring the Octonauts has been launched at the ocean world.

Putuo has introduced several walking routes for people to explore the district’s history and culture. The routes themed “Suzhou Creek Cultures,” “Red Stories (about the history of the Communist Party of China)” and “Reading architecture” enable people to explore the city’s cultural heritage.

The first route begins in Mengqingyuan Park — a riverside park promoting environmental protection concepts — and goes through the historical Yichang Road Fire Brigade that dates back to 1932, the Suzhou Creek Industrial Civilization Exhibition Hall, the privately owned Suning Art Museum, the Museum of Mergers and Acquisitions and the Posters Museum. The route enables people to learn about the city’s former prosperity and glory through its historical structures.

Another sightseeing route includes Changshou Park, the Huxi Revolutionary Exhibition Hall, the Shanghai Mint Company, Gu Zhenghong Memorial Hall and the Shanghai Textiles Museum. Gu (1905-1925) was a pioneering local worker and martyr who died in a massacre during a local workers’ strike in 1925. The riverside region was the gathering place for industrial workers, and the original site for the workers’ revolutionary campaigns.

Zhenru was originally formed in the early 13th century during the Song Dynasty (960-1279). A monk named Yong’an developed Zhenru Temple and built a Xianghua (or scented flower) bridge, which attracted worshippers to the area.

Markets were later developed around the temple, which became prosperous after a large number of believers came to burn scents. The temple was rebuilt and expanded during the Yuan Dynasty (1279-1368). 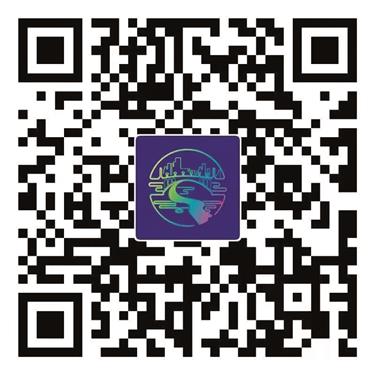