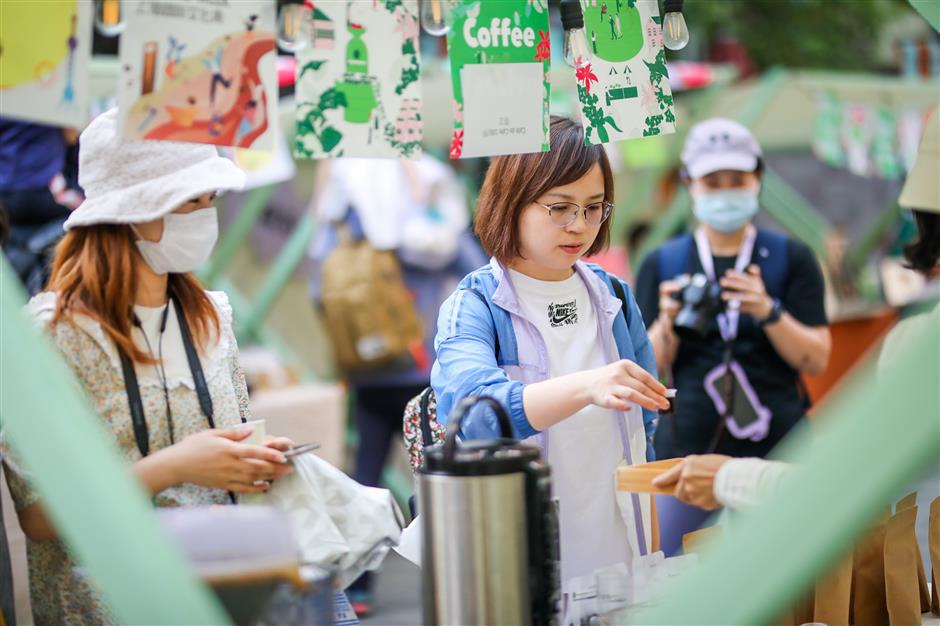 A coffee festival was launched on Friday at Sinan Mansions as part of the city’s Double Five Shopping Festival.

The first Shanghai Sinan Coffee Life Festival will be held at the mansions between 12pm and 8pm through May 5, featuring outdoor music, coffee classes and a public latte art competition.

Over 30 local café brands will present their most popular coffee during the event. The aim is to invite residents and tourists to taste the authentic flavors of Shanghai coffees during the five-day Labor Day holiday that starts on Saturday, according to organizers.

The cafes taking part include the årgang Kaffe, a Nordic style café in downtown, and Soy White, which features coffee made with the traditional taste of Vitasoy, once a popular soy milk drink with local children. 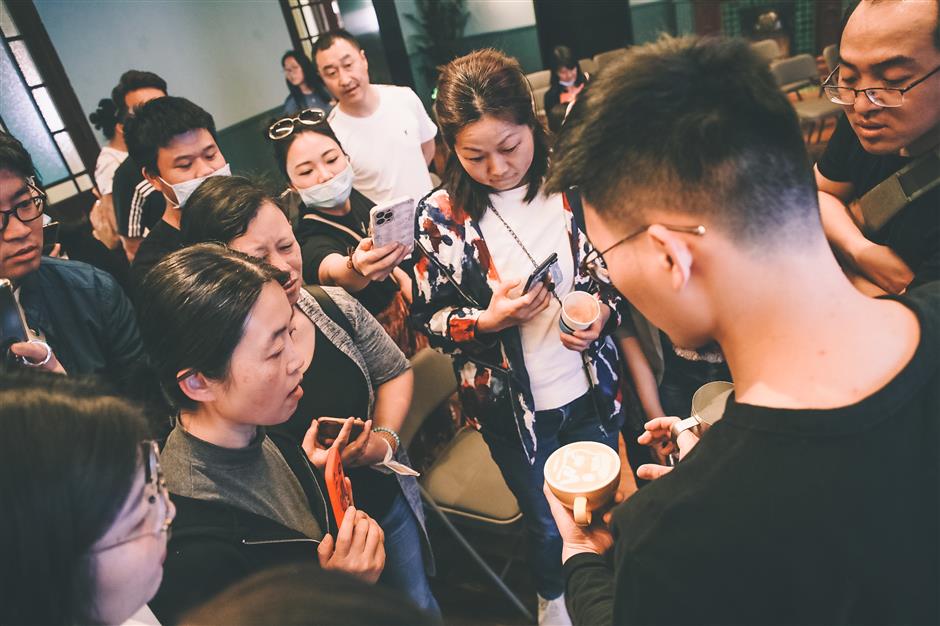 Visitors learn how to make a latte from world champions on the festival.

Latte competitions will be held through May 3 to invite amateurs to showcase their skills.

The coffee festival is being held along with the annual nightlife party at the historical mansions, featuring bazaars, outdoor music, exhibitions and coffee workshops.

The "Sinan Yé," or Sinan Night activity, is open to the public free every Friday, Saturday and Sunday between 1pm and 9pm. Artists, designers, painters, florists, chefs and coffee-making masters will interact with visitors during the event.

It is part of a project launched by the Sinan Mansions and Ruijin No. 2 Road Subdistrict to develop a coffee culture community around Fuxing Park. 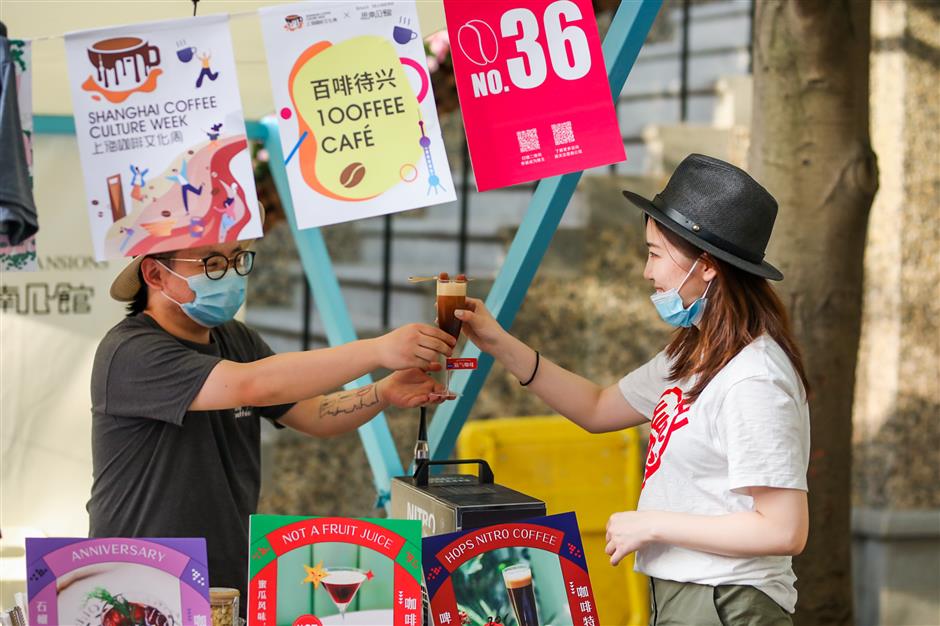 A visitor is offered a cup of coffee at the festival on Friday.