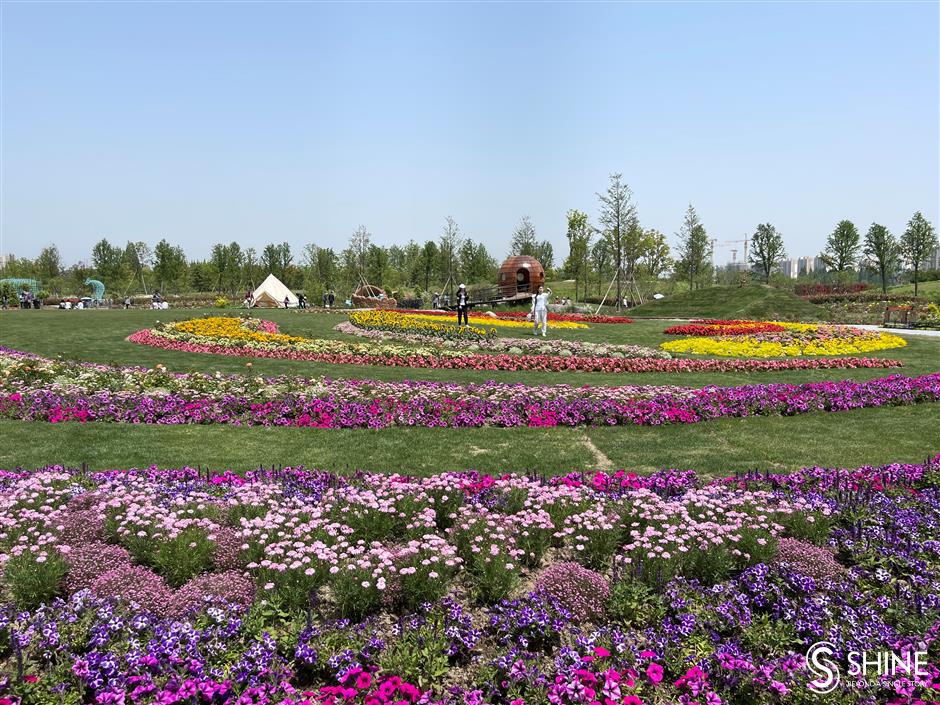 Visitors take pictures of the sea of flowers at Bubble Park near Shanghai Fish Lake on Friday.

The Fengxian section of the Shanghai International Flower Show began on Friday at Shanghai Fish Lake, the core of one of the city’s five “new cities."

The festival to run through May 24 mainly features flowers and greenery sculptures made of azalea and peony, which are in full bloom around the lake. The festival is being held in several parks, including Bubble Park, Sculpture Park and Youth Art Park, covering nearly 600,000 square meters.

The district plans to build 100 additional parks, including countryside, comprehensive, community and village-level parks, for each resident to have one right outside their home. Greenery coverage will reach 90 percent under the plan. There are already 188 parks across Fengxian. 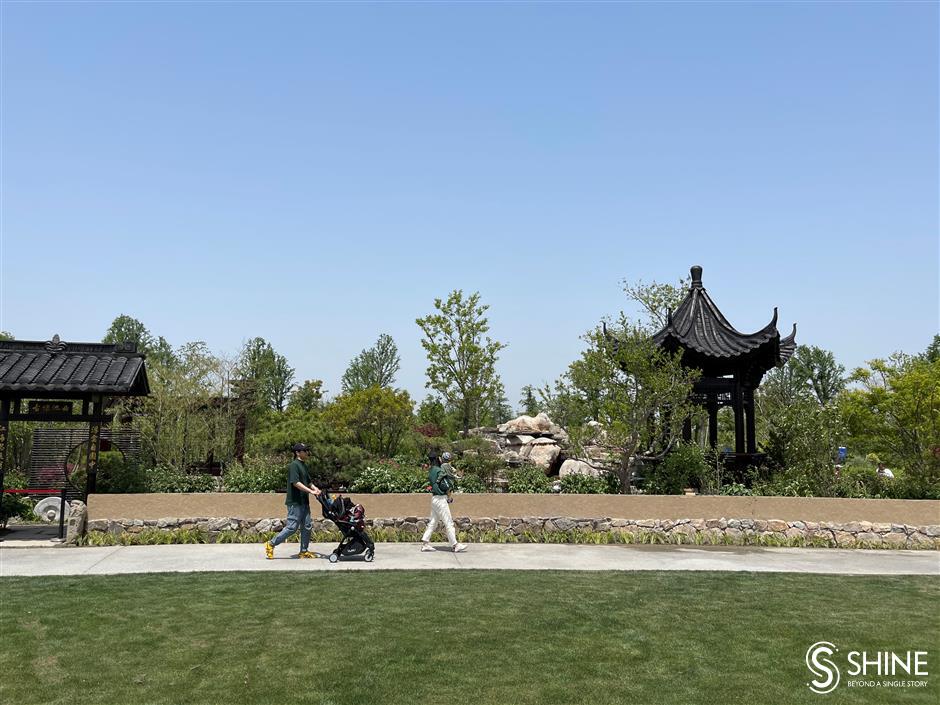 A family visits the flower festival.

Jinhai Lake, also known as Shanghai Fish Lake, is one of the city’s largest artificial lakes. It covers an area roughly the size of 800 football pitches and serves as the core sightseeing landmark of the new city.

Fengxian has accelerated development of a 67-square-kilometer area earmarked as one of the five "new cities" of vital importance to Shanghai's future growth.

The southern district, known for Oriental Beauty Valley, a business hub focused mainly on cosmetics, health and food industries, aims to double the output of the valley to 100 billion yuan within the next five years.

The valley is now China’s largest cosmetics and health industrial hub with more than 3,000 domestic and international brands.

More than 400 cosmetics companies, accounting for a quarter of the city’s total, are based in the valley, which aims to be on par with France’s Cosmetic Valley in Eure-et-Loir and Loiret, and Japan’s Saito Life Science Park in Osaka.

Some 135 leading cosmetics brands, including Jala, Pechoin, Chicmax and Marie Dalgar have opened manufacturing centers or marketing headquarters in the valley. 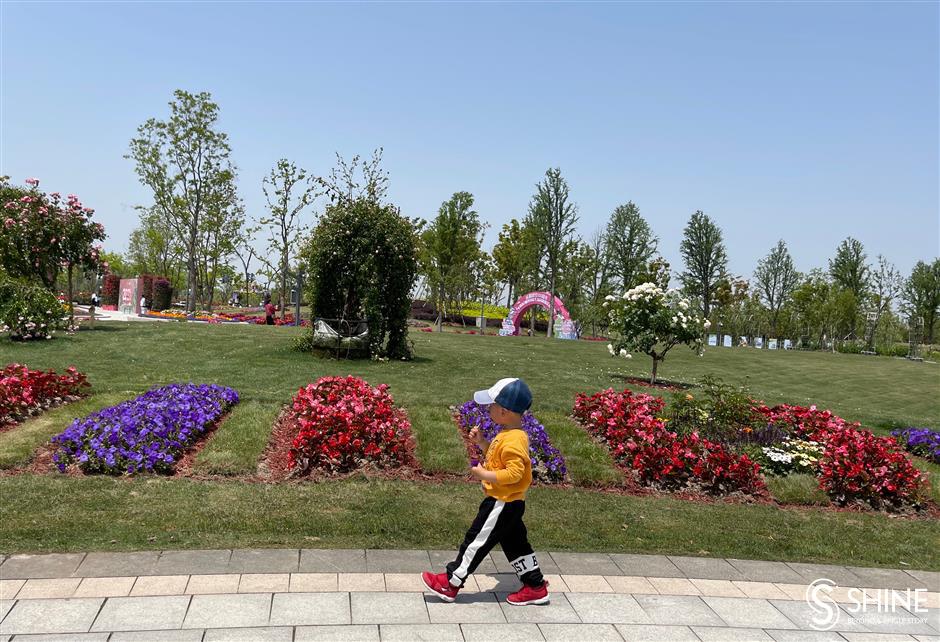 A child strolls by beds of flowers at the festival.