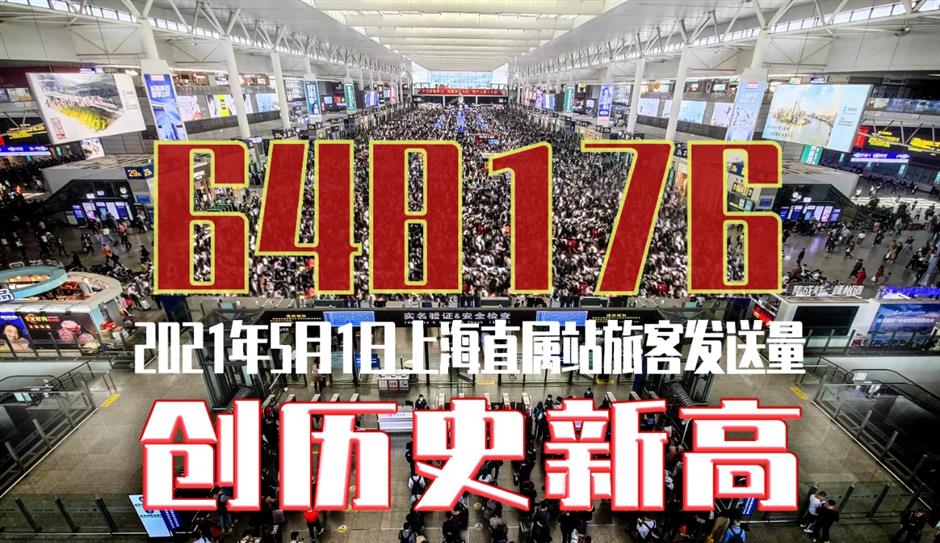 The number of railway passengers recorded by Shanghai's railway stations on Saturday. 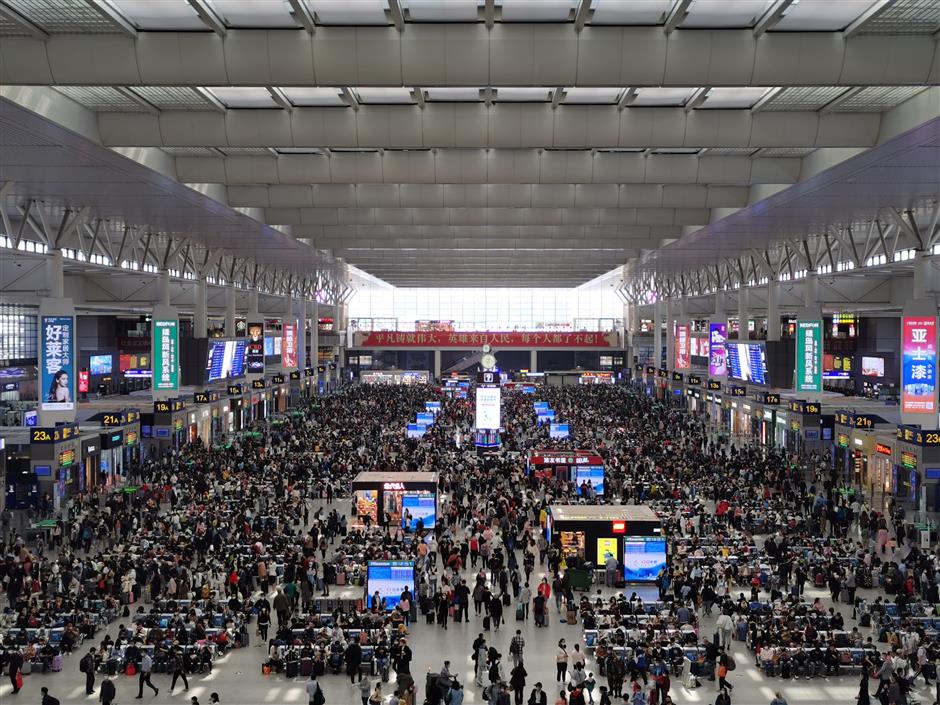 Shanghai's railway system handled a record number of passengers  on Saturday, the first day of the five-day May Day holiday, China Railway Shanghai Group has announced.

Among the seven stations, Shanghai Hongqiao Railway Station recorded the largest number of passengers, standing at 372,406, also a record.

An additional 60 trains are operating to cope with the surging demand. They will head for Xuzhou, Jiangxi, and Anhui, as well as other stations.

Many people cancelled their home visit and travel plans during the Spring Festival holiday due to  COVID-19, which is part of the reason behind the travel boom.

She needed to stand nearly three hours during the trip.

"I found almost all tickets to the city from Shanghai, even not direct ones, were sold out on Tuesday morning and I grabbed the ticket, which was the only two left," she said at Shanghai Hongqiao Railway Station on Saturday morning.

"Although I needed to stand so long, I have no choice because I think it would be sold out very soon if I gave up," Zhou added.

One of her friends chose to drive to Yixing on Friday night, and it took seven hours due to traffic congestion. 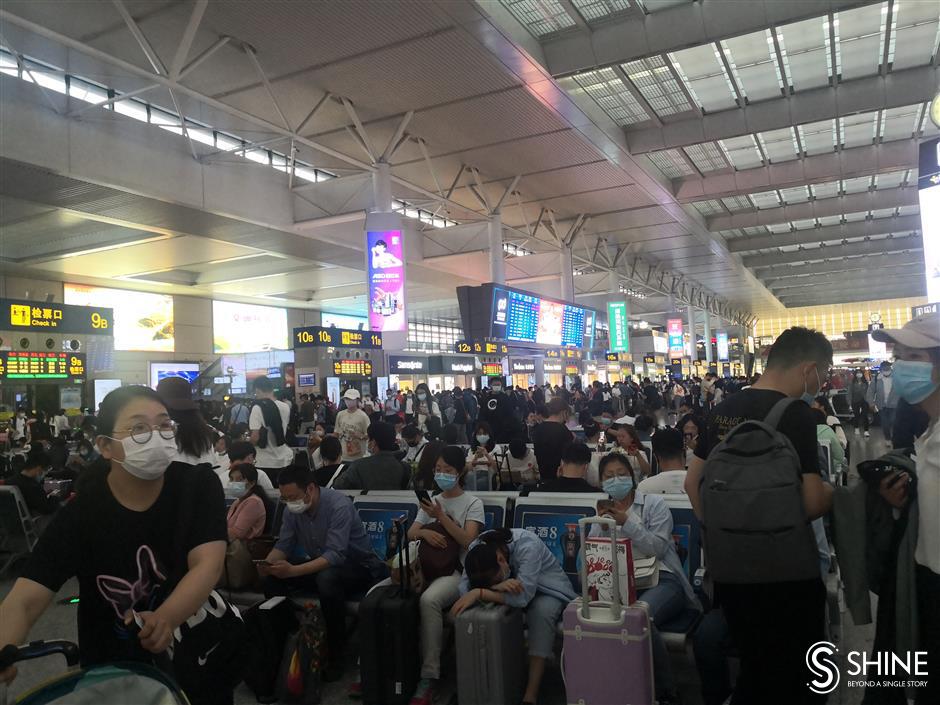 The crowded waiting hall at Hongqiao Railway Station on Saturday.