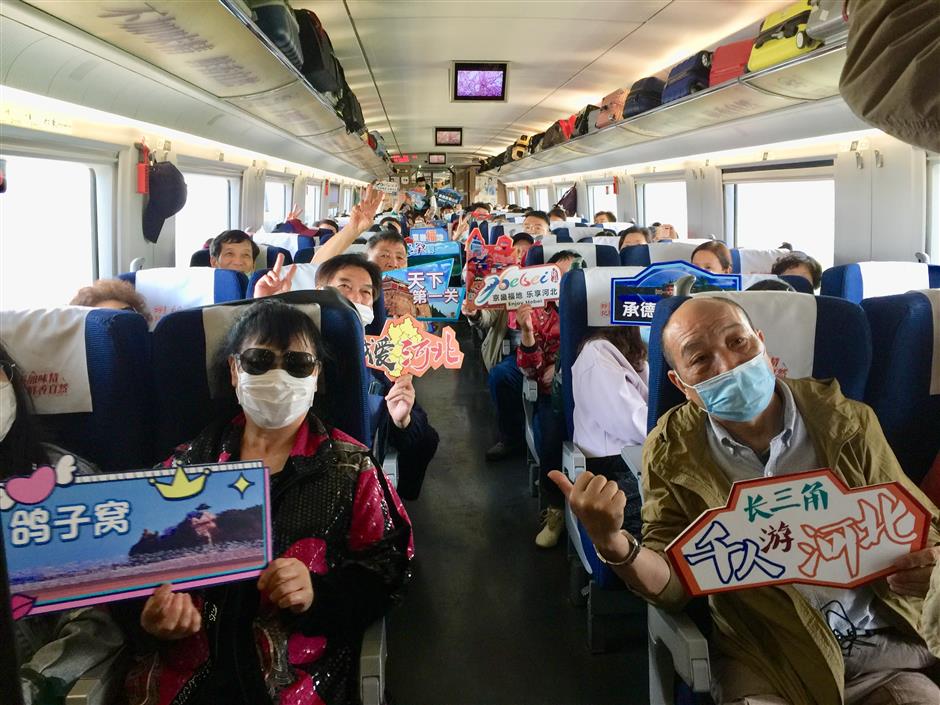 Shanghai tourists travel to Hebei Province during the holiday.

There has been a significant increase of railway passengers in the Yangtze River Delta region midway through the May Day holiday, China Railway Shanghai Group said today.

A total of 12.458 million rail trips have been recorded in the region between April 29 when the holiday travel rush began and Sunday, with a daily average of 3.115 million, surging 135.6 percent from the same period last year.

A daily record was set on the first day of the holiday — 3.65 million — surpassing the daily high of chunyun (Spring Festival travel rush), the busiest railway travel period of the year. 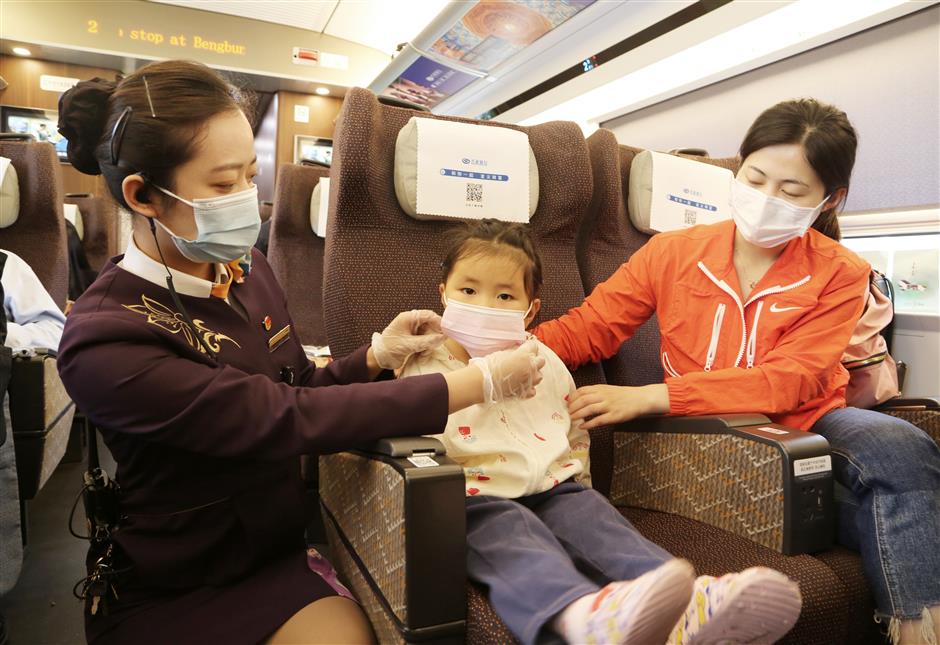 An attendant helps a girl with her mask on a train from Hefei to Beijing.

About 2.85 million trips are projected today in the region, and an additional 96 trains will be in operation.

A travel boom and family visits are contributing to the soaring number of railway trips, the group said.

He was among the 100 tourists in a tour group organized by Shanghai Spring Tour, a local travel agency.

The trip lasts five days through the holiday.

"I planned to visit Hebei early this year, but it was cancelled due to COVID-19," Zhang said. "Now the situation is stable, so I decided to go with my friends over the May Day holiday to avoid the coming summer vacation travel peak."

His stops include the Chengde Mountain Resort, Bashang Grassland and Beidaihe, a coastal resort. 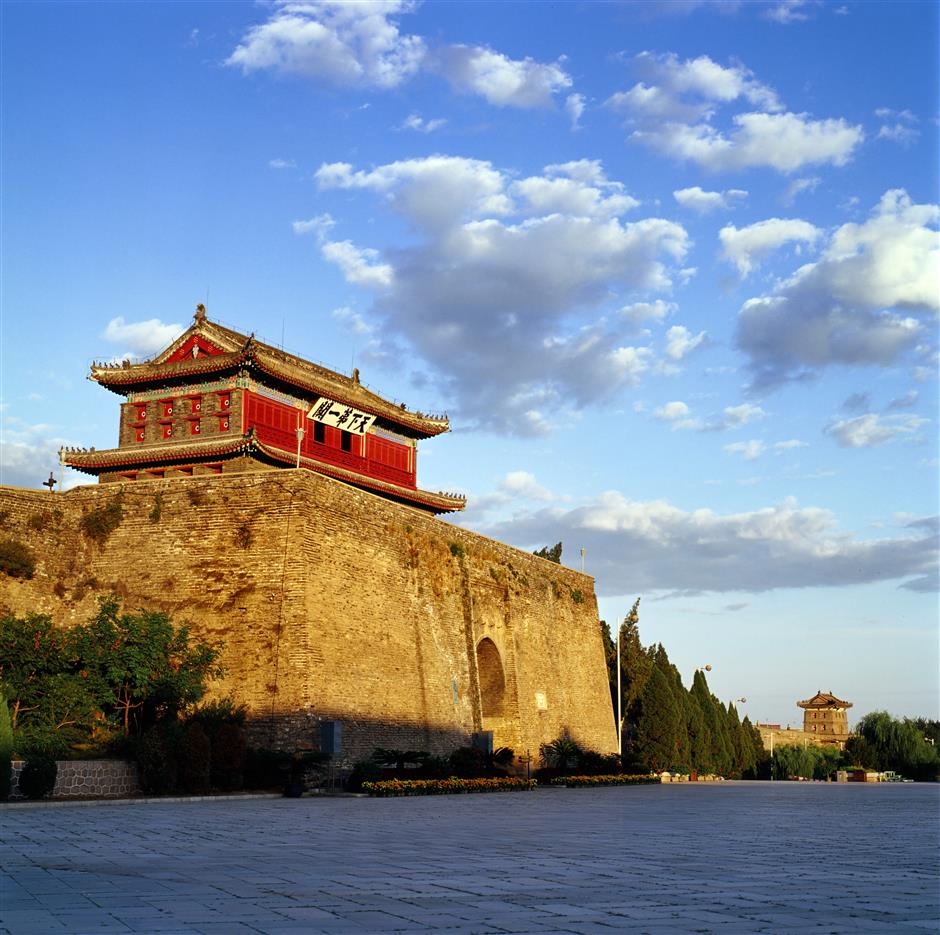 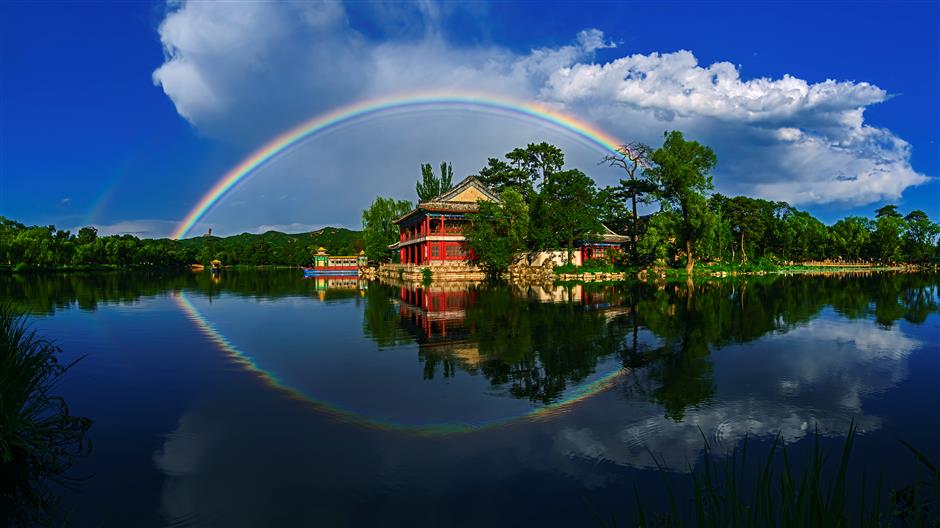 "I can appreciate the beautiful scenery during the railway trip and relax," he said.

This year, about 1,000 tourists in the Yangtze River Delta region will travel to Hebei in groups organized by Shanghai Spring Tour, which will launch a variety of tour packages related to food, shutterbug, red tourism and skiing to lure tourists to the province. Hebei features tourist attractions such as Shanhaiguan Pass and Chengde Mountain Resort.