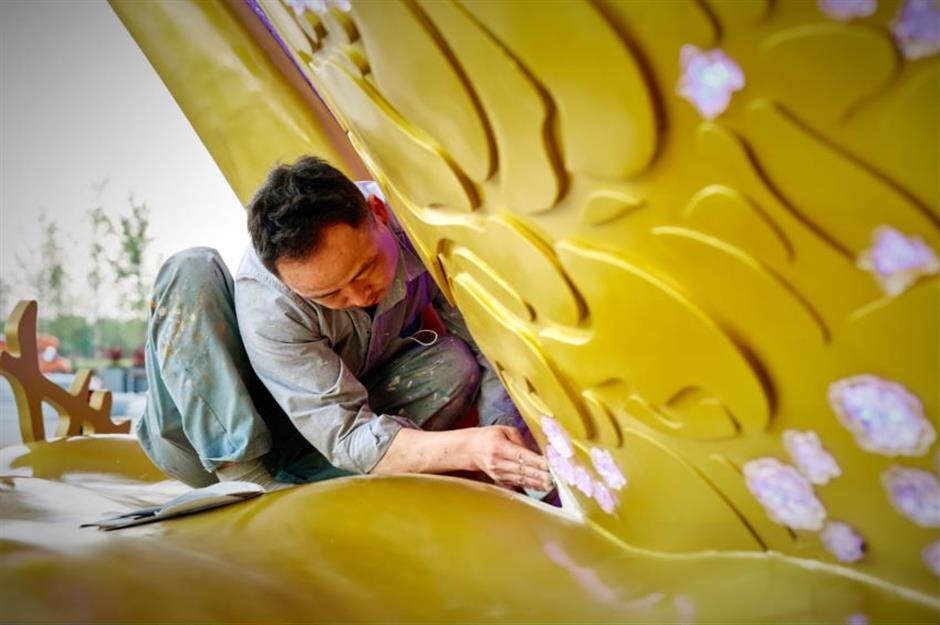 A worker polishes the artwork. 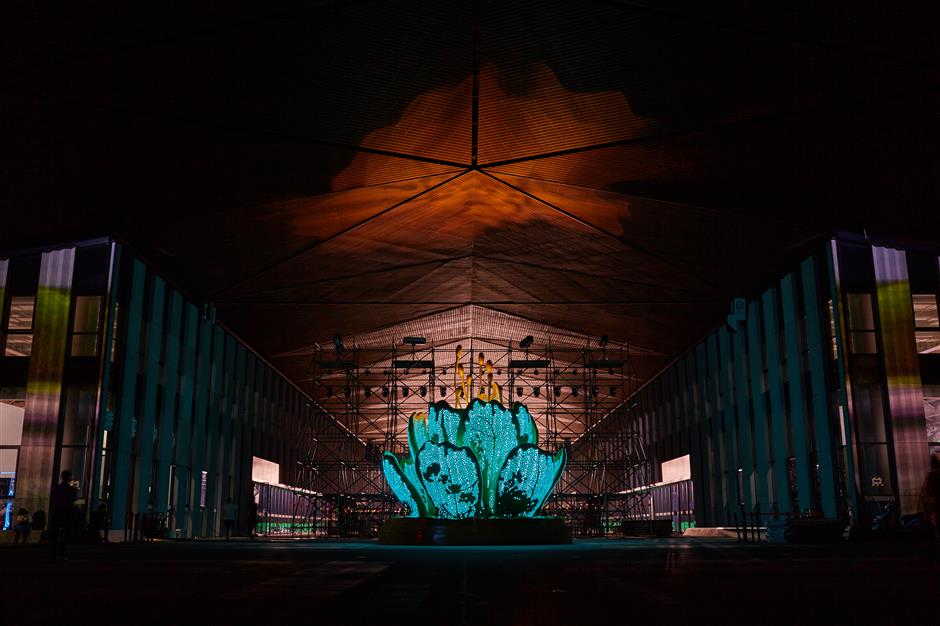 A nighttime view of the artwork.

A huge, glazed artwork is being showcased at the ongoing 10th China Flower Expo, which took more than six months to design and create.

The installation is situated in front of the Fuxing Pavilion.

Designed by two masters of Chinese arts and crafts, Li Shoubai and Shi Senbin, it draws inspiration from the design concept "flowers arising from the sea."

It is shaped like a blooming peony with a base symbolizing the sea. 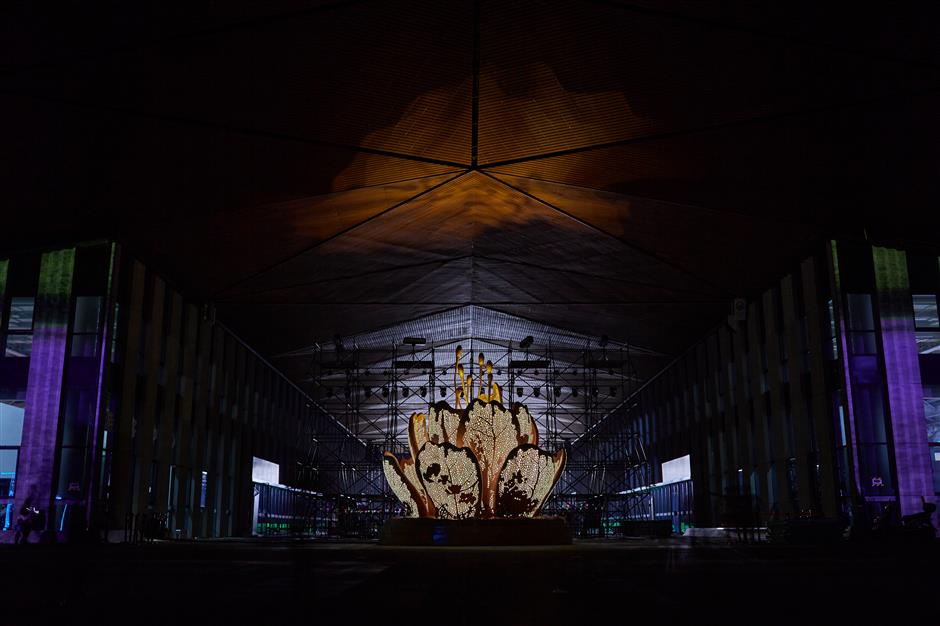 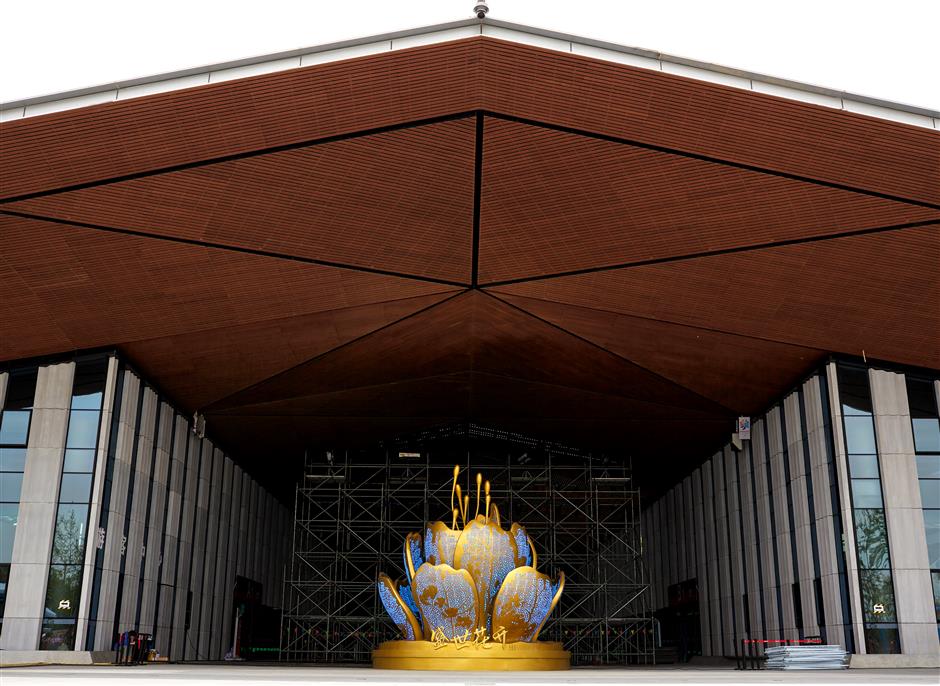 A daytime view of the artwork.

Weighing 10 tons and standing 7 meters high, the piece is made of stainless steel blended with glazed flower art.

"Peony is the national flower, while magnolia is the city flower of Shanghai and narcissus represents Chongming," Li added. "Because Chongming is an island, the concept of 'flowers arising from the sea' took shape."

The installation is embedded with LED lights and illuminated by a splash of colors at night. 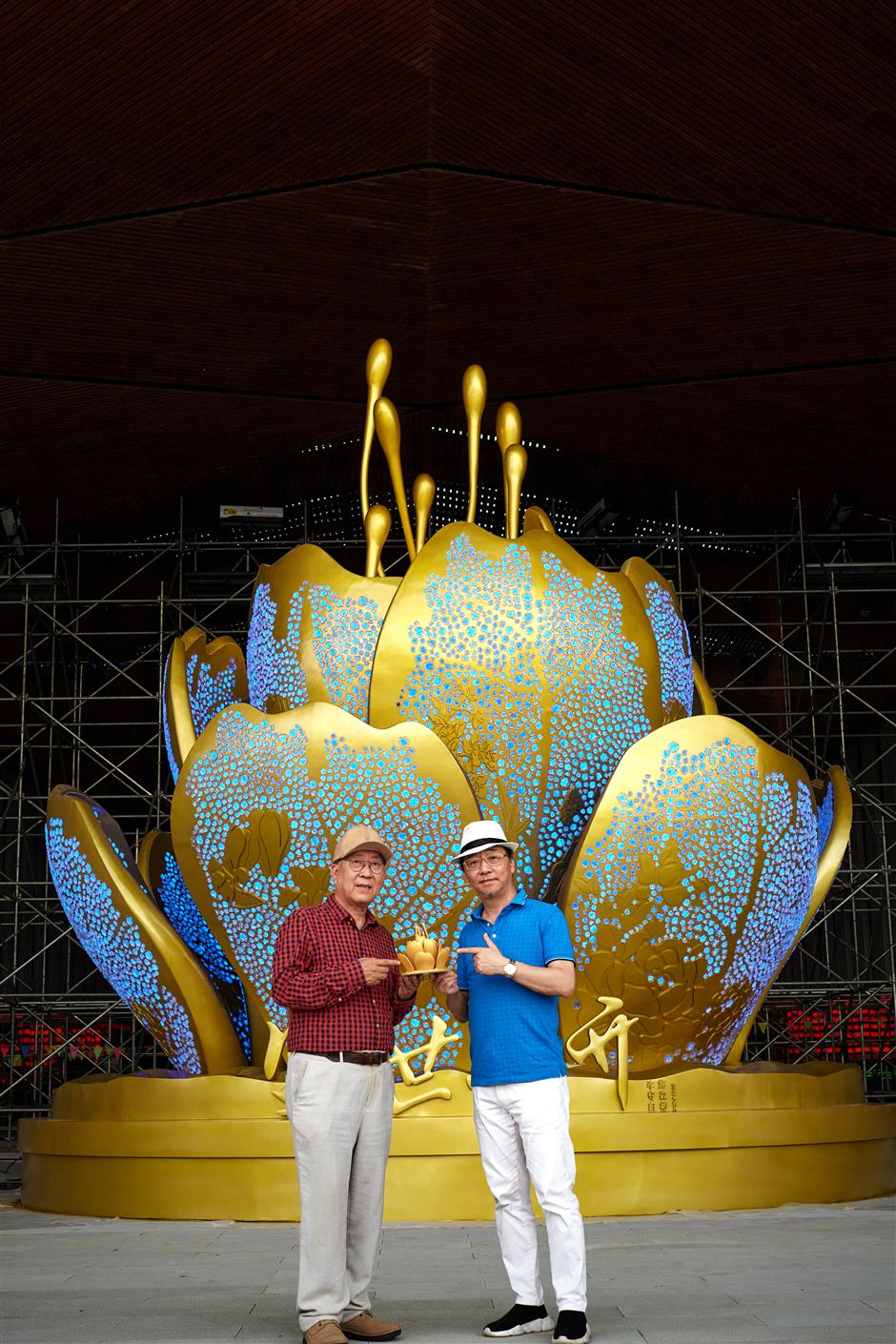 Li Shoubai (right) and Shi Senbin in front of the artwork.

Li specializes in painting, while Shi is an expert of glazing techniques.

It took the two six months to design the piece and make adjustments, and another 100-plus days for workers to shape it.

The installation celebrates the city's prosperous development, and the 100th anniversary of the founding of the Communist Party of China.

"It's a crossover work that sparkles with inspiration," said Shi.

Many tests were conducted on its illumination effect and wind resistance, he added.

"It's not an easy job to display the floral veins," he said.

The work will remain on display in Chongming after the expo.

"It also provides future direction for combining traditional culture with space design," Li said. "I was very excited when it debuted at the expo site."

The expo, themed "Blossom with a Chinese Dream," is taking place on Chongming District until July 2, and is the first flower expo held on an island.