City gears up for battle against slowly approaching typhoon 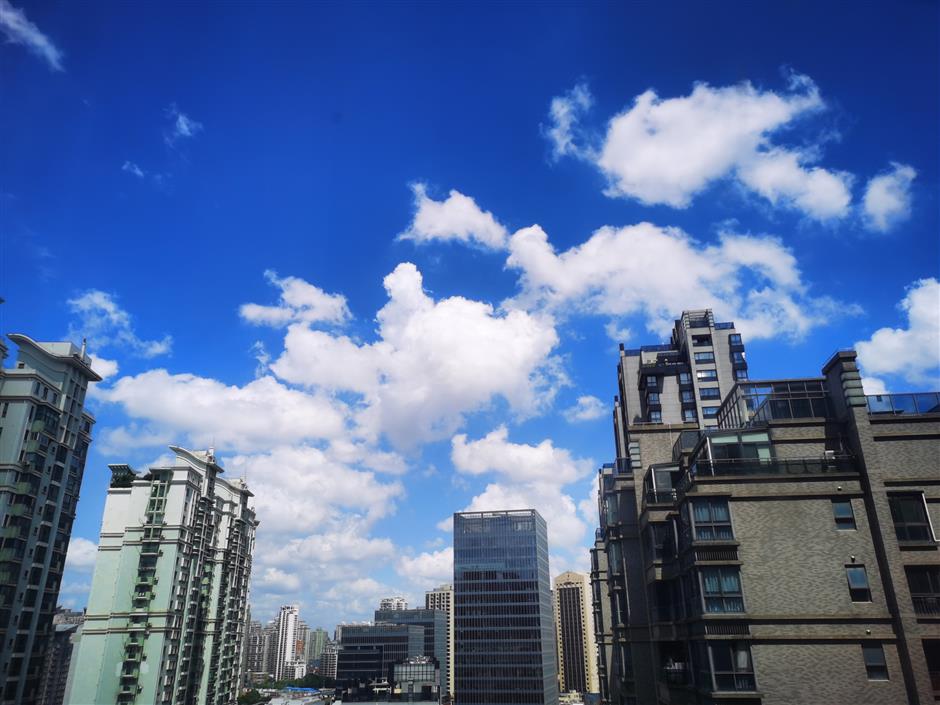 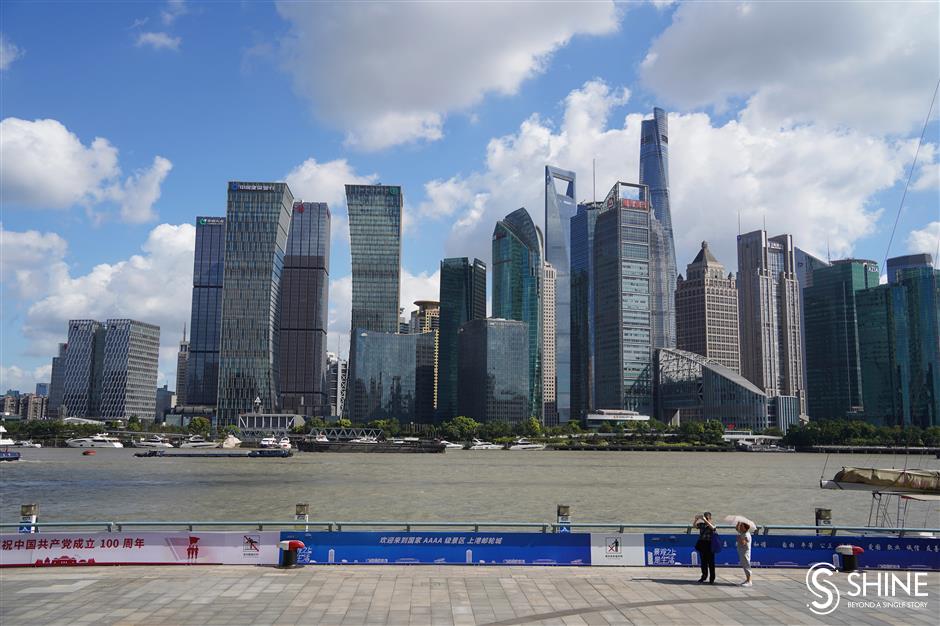 This year's sixth typhoon In-fa has been upgraded to a severe typhoon and is moving its way north, which may seriously affect Shanghai with heavy rain and gale-force winds, the city's weather center said today.

In-fa is forecast to move to the southern part of the East China Sea on Friday, and make landfall in neighboring Zhejiang Province on Sunday at the earliest.

Today's weather in Shanghai is cloudy in most areas, with temperatures ranging from 27 to 34 degrees Celsius. Showers are expected beginning tomorrow with highs dropping to 31 degrees.

From Friday to next week, rainfall is expected to become heavier, with lightning and strong winds stemming from In-fa. The mercury is expected to fluctuate between 27 and 30 degrees.

The city's flood prevention office reminded relevant local departments to stay updated on In-fa, and be fully prepared for flooding and extreme weather.

Shanghai Metro said today it has begun checking the functionality of the drainage systems, pumps and other water-proof materials and appliances at all stations, and will ensure that in the event of extreme weather, dangling objects at stations won't disrupt service or result in injuries.

If heavy wind and rain sweep across the city, the company will deploy more staff to key spots at Metro stations – such as entrances – to monitor water levels.

Passengers won't be allowed in stations when water enters and "seriously affects the operation of the service," and if tracks are fully immersed in water, trains won't run, the company said.

Also, Metro trains will reduce their speed or suspend service if it's too windy to operate safely.

The city's extended Metro network, the world's largest, has 460 stations, including the maglev line. It serves about 10 million people daily.

Jiushi Group, the city's major bus operator, said drivers will stop driving when they can't clearly see the street five meters ahead of them during heavy rain, and will make sure water doesn't get in the bus' carriage, exhaust system and electric appliances when passing through flooded streets. Otherwise, they're supposed to slow down or take a detour that's considered safer.

Bus companies said they will make sure buses operating during bad weather have no mechanical problems and closely monitor streets that flood easily, especially tunnels.

The city's road transportation authorities said they will closely monitor the water levels at 608 underpasses considered to be especially vulnerable to floods in heavy rain.

Once the water level of an underpass exceeds 25 centimeters, it will be shut down to traffic. 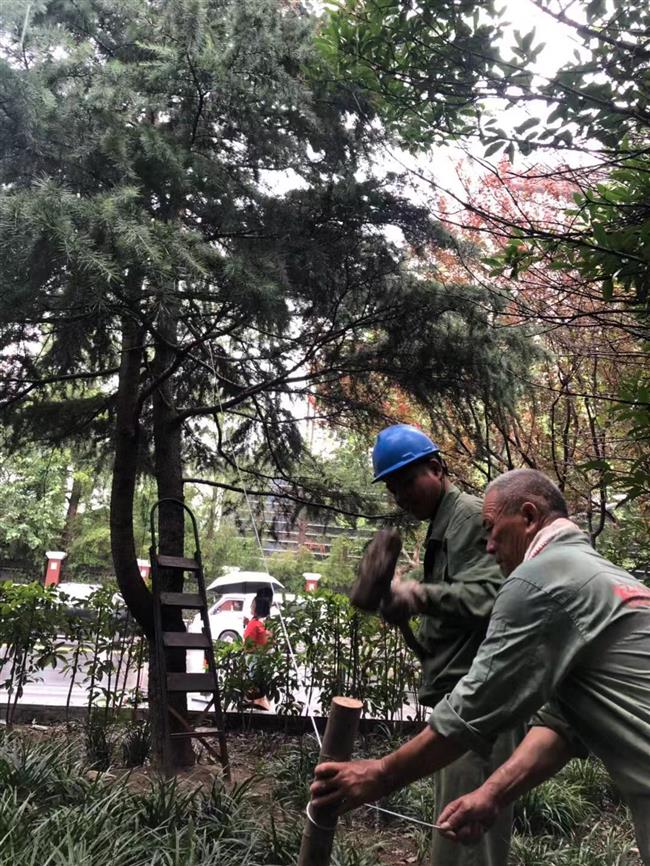 The city's 27,000 sanitation workers are fully prepared for the typhoon, and will enhance cleaning work involving about 860 roads vulnerable to flooding to ensure smooth drainage, the city's greenery and public sanitation authorities said.

Drills have been conducted in the Pudong New Area to prepare for emergencies, such as falling trees that could hit wires.

Officials for the city's greenery and public sanitation authorities have conducted inspections on businesses to prevent hazards imposed by falling signboards and lighting facilities, especially in areas with big crowds and old facilities.

In Yangpu District, sanitation workers have cleared fallen leaves from drainage and manhole outlets. Emergency drills have been conducted in the district's riverfront areas along the Huangpu River.

In Xuhui District, a digital approach has been taken, enabling officials to eliminate safety hazards resulting from falling trees, signboards and flooding within 20 minutes with the help of automatic alarm systems.

Featuring a 23.3-kilometer-long coast line, Jinshan District has braced for the typhoon. It upgraded its data-backed monitoring platform prior to flood season.

More than 20,000 cameras and 44 sensors have been installed to detect water-logged sections, which automatically monitor potential risks and sound alarms when dangerous situations are detected. Officials' phone numbers are connected to the platform, so when an alarm goes off relevant officials can be reached immediately.

Additionally, the district's flood prevention office, meteorological bureau and other relevant authorities are keeping a close eye on the weather.

Moreover, the district has organized ten professional rescue teams to ensure the supply of electricity, water drainage and other critical measures. 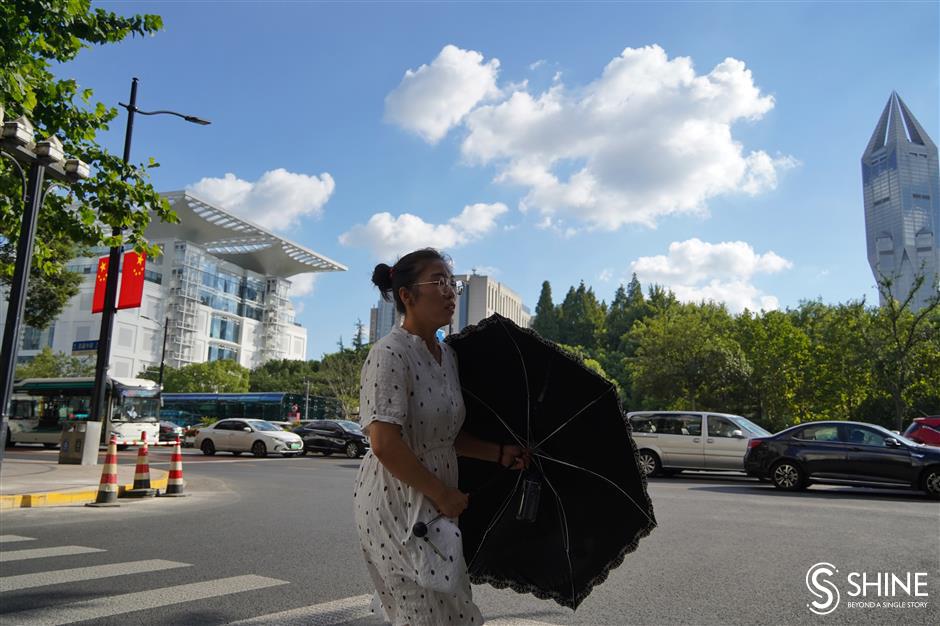