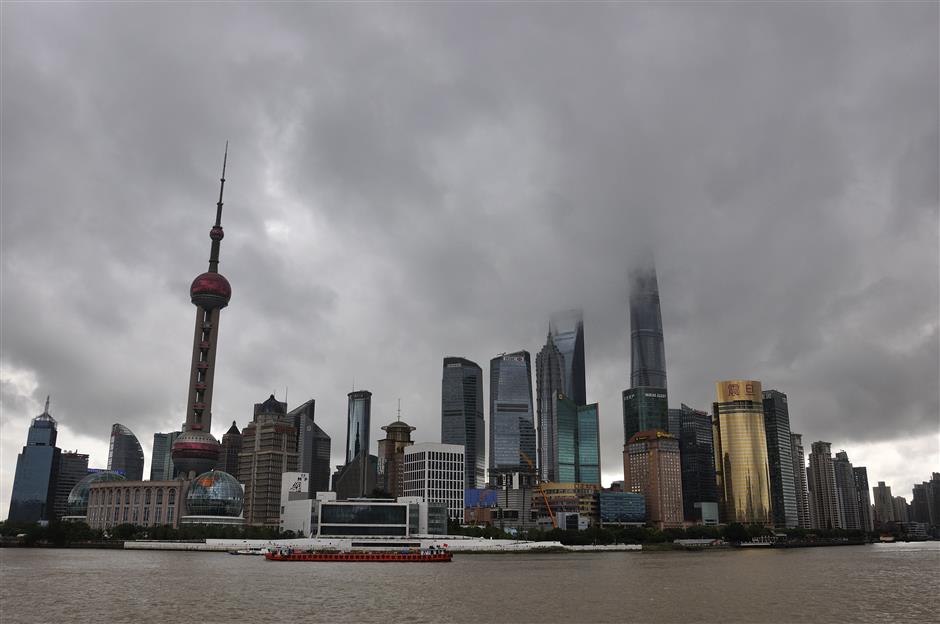 Thick clouds are seen over the skies at the Bund on Sunday.

Shanghai's flood prevention office has asked all primary and middle schools, as well as kindergartens, to suspend classes on Monday afternoon and Tuesday to avoid the extreme weather expected as a result of typhoon Chanthu.

The office also said that all the parks, outdoor tourist attractions and playgrounds should be closed over the next two days.

All personnel who might be affected by the typhoon should be evacuated by 12pm on Monday, the office said.

Shanghai Meteorological Bureau's has upgraded the typhoon alert to yellow, second lowest of a four-level system, as this year's 14th Typhoon approaches. 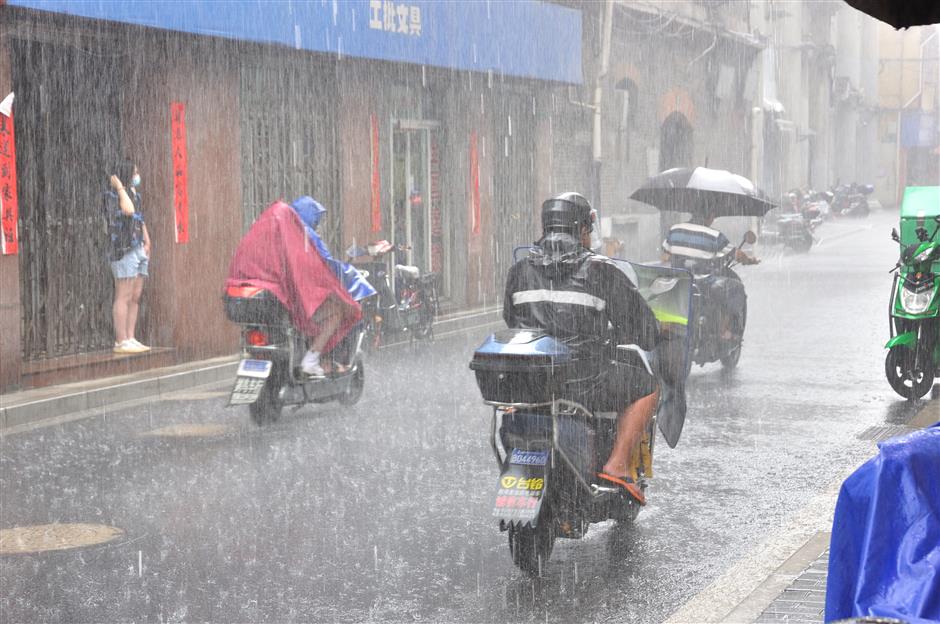 Chanthu is moving towards the city and is expected to make a landfall in South Shanghai on Monday's evening.

The eye of Chanthu, now categorized as a super typhoon, was about 430 kilometers in a southerly direction from Xiangshan County, Zhejiang Province, at 5pm on Sunday.

A number of train services in the Yangtze River Delta region have been canceled between 12pm on Monday to 12am Wednesday, China Railway Shanghai Group announced on Sunday.

Rail authorities are closely paying attention to the influence of the typhoon to make flexible arrangements, the group said.

Authorities will provide a full refund of tickets for passengers.

Passengers are advised to make refund application online within 30 days (including the day) from the boarding date of the ticket or at the station window with their ID card. If they have further questions, they can call the service line at 021-12306 and check the railway website 12306.cn, said the group.

Some city parks and tourist attractions will close on Monday and Tuesday.

The Haichang Ocean Park will not open on the two days and a full refund or free change of visiting date is offered.

The Fengjing Ancient Town scenic area, Jinshan City Beach, Jinshanzui Fishing Village and Langxia Ecological Park will close from Monday and their resumption will depend on weather conditions.

The traffic police have cancelled all schedules for driving skill tests on Monday afternoon and Tuesday. Test takers can make new reservations from Wednesday on the Internet. 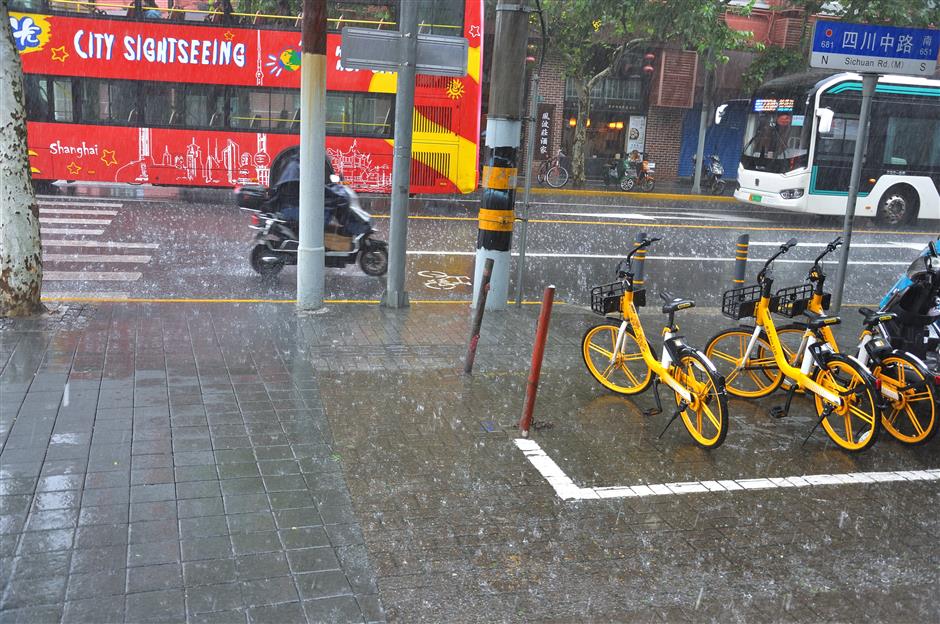 Heavy rainfalls hit most parts of Shanghai on Sunday afternoon. 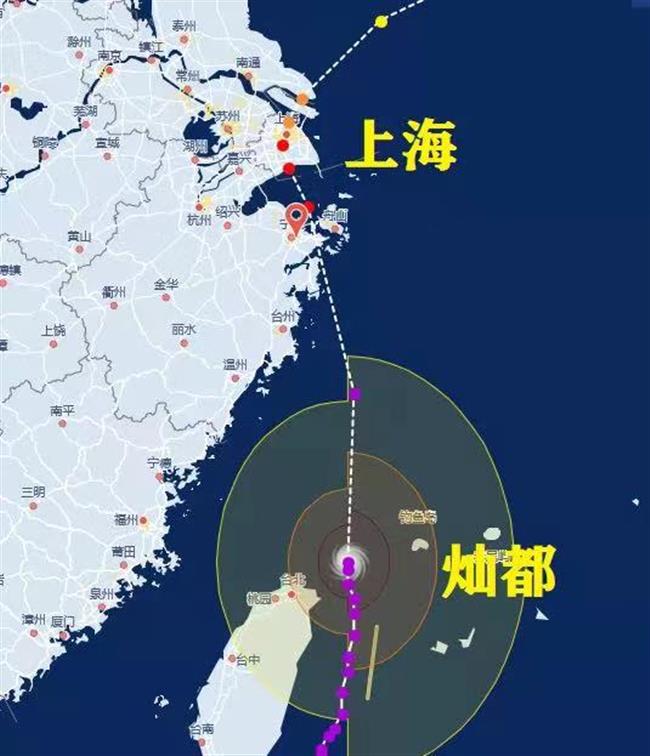 The path of Typhoon Chanthu.