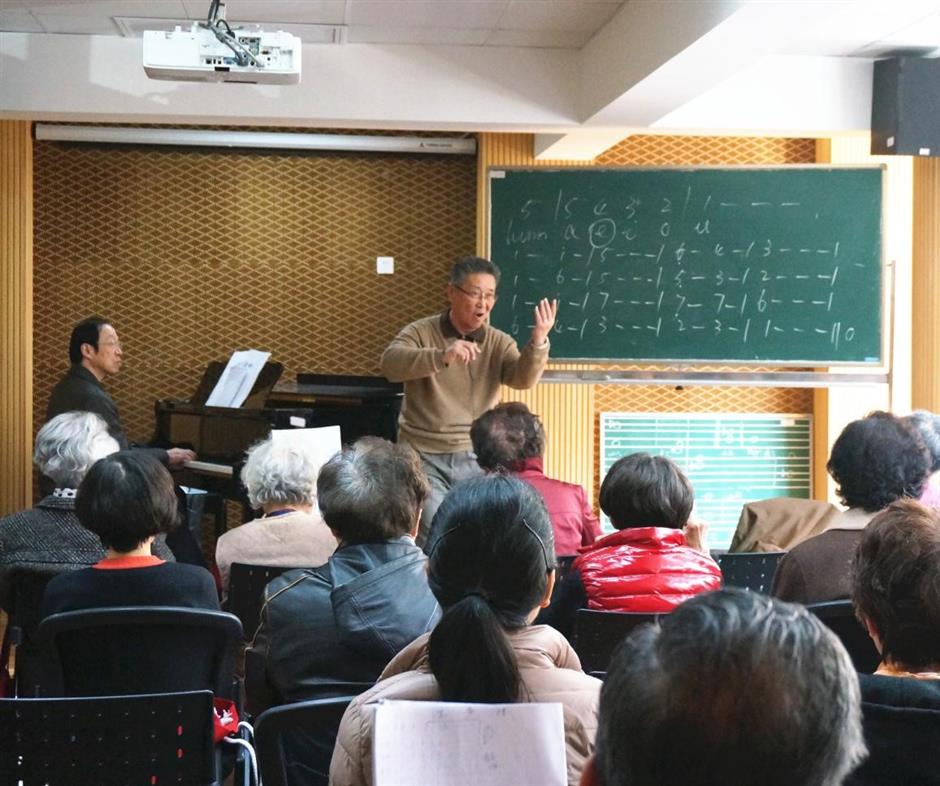 Elderly people learn to play the piano at a university for senior citizens in Shanghai.

Shanghai was among 10 cities honored with the UNESCO Learning Cities Award 2021 for outstanding achievements in the implementation of the learning city strategy at the fifth International Conference on Learning Cities in Yeonsu, South Korea, on Wednesday.

The UNESCO Learning City Award was established to further promote lifelong learning for all and showcase good practices in building learning cities. It is conferred on cities that have achieved outstanding progress in this regard.

The awardees were selected by the UNESCO Institute for Lifelong Learning (UIL), upon the recommendation of an independent jury of international experts. According to the institute, all of them have shown how learning opportunities empower citizens of all ages when suitable policies and programs are put in place.

"With more than half of humanity living in urban areas, cities have a central role to play in providing learning opportunities," David Atchoarena, director of UIL, noted ahead of the awards ceremony.

"This year's UNESCO Learning City Awardees enable their citizens to adapt to a rapidly changing world and acquire the knowledge necessary to act jointly to solve global challenges. Through lifelong learning they pave the way for fairer, more just and sustainable societies and a better future for all of us!"

It's the first time that Shanghai has won the award, and it is the only Chinese city to win the honor this year. Beijing won the award in 2015, with Hangzhou (Zhejiang Province) winning in 2017 and Chengdu (Sichuan Province) in 2019.

"The award is a recognition of our learning city development efforts aimed at enabling everyone to learn everywhere," Chen Qun, Vice Mayor of Shanghai, said in a video speech.

"Shanghai's high-quality lifelong learning system has been a strong support to the city's rapid growth in the past four decades. Learning has become an integral part of the city's core competitiveness as while as an inexhaustible driver for its further development."

He said Shanghai would like to enhance exchanges and cooperation with other members of the UNESCO Global Network of Learning Cities and welcomes suggestions to help build a better learning city. 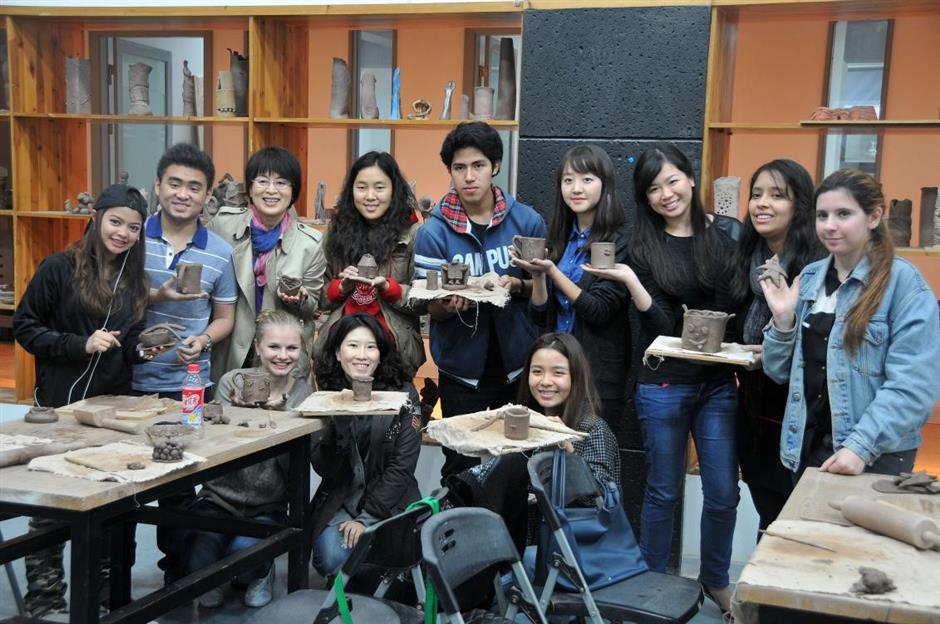 People learn ceramic craft at a learning base in Shanghai.

Shanghai has built four city-level universities for senior citizens, with more than 5,000 branches and study sites around the city.

Shanghai's TV channel – Golden School – broadcasts courses for people over the age of 50, which are watched by over 1 million citizens each day.

Following the outbreak of the COVID-19 pandemic, it integrated all its resources and built a citywide network for older people to learn online, which was listed as one of the 13 successful cases around the world by UNESCO in July.

A system has been put place to connect schooling records with professional qualification to help laborers improve their educational and skills level.

The city has been monitoring citizens' demand for learning and has set up a citywide network of community education volunteers. Teachers, university students, medical practitioners, scientists and retired officials share their professional expertise with citizens at more than 200 learning stations across the city.

The city has been promoting reading among all citizens for more than 10 years.

In July 2019, Shanghai joined the UNESCO Global Network of Learning Cities, which provided further impetus to moves to build itself into a lifelong city. Under the Education for Sustainable Development strategy, Shanghai has teamed up with Hamburg in Germany and Espoo in Finland to coordinate practices and research on sustainable development through learning in more than 100 cities around the world.

The city also worked out its Community Action Plan on Education for Sustainable Development (2020-2021) and shared it with the rest of the world.