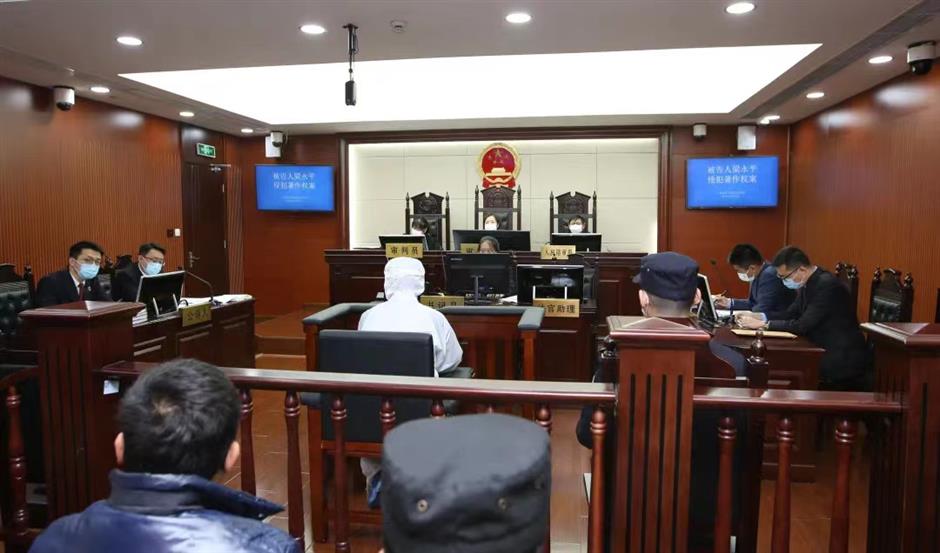 The hearing of Liang Yongqing is held at Shanghai No. 3 Intermediate People's Court on Monday.

The founder of the Chinese video and streaming service website Renren Yingshi was sentenced to jail for three and a half years and fined 1.5 million yuan (US$ 235,083) for copyright infringement by the Shanghai No. 3 Intermediate People's Court on Monday.

Liang Yongping has successively established two companies and hired technicians, translators and video editors to develop websites and applications running on digital systems (such as Android, IOS, Windows, MacOSX, TV), according to the trial.

The website, also known as YYeTs.com, where people are able to watch and download overseas TV shows and films, has been shuttered since this January.

There are a total of 32,824 unauthorized film and television works on the website and related apps, with a total of approximately 6.83 million members.

During its operation period, the website and its related apps collected over 12 million yuan for membership fees and advertising fees beginning in January 2018, said the court.

Shanghai police arrested Liang at his home this January 6.

To make a profit without the permission of the copyright owner to copy and distribute the work of others, Liang's behavior constitutes the crime of copyright infringement, said the judge.