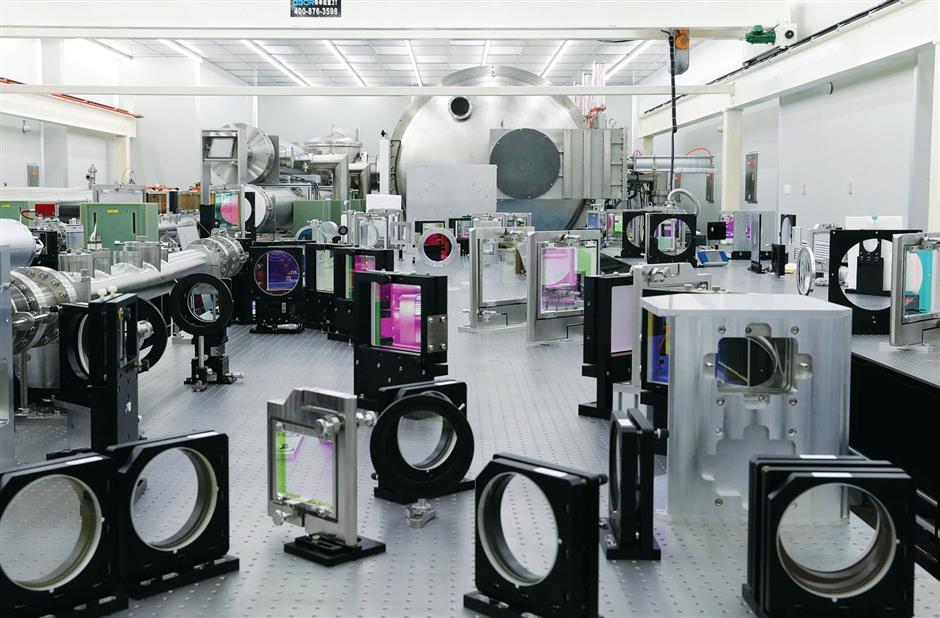 The super laser device at a laboratory jointly established by the Shanghai Institute of Optics and Fine Mechanics of the Chinese Academy of Sciences and ShanghaiTech University.

Shanghai has become a new world-leading innovation hub, thanks to the huge investments over the past decade.

Statistics revealed by the Shanghai Science and Technology Commission on Tuesday show that the city's annual investment for scientific research has nearly tripled than that 10 years ago.

The result is a high place in the global innovation landscape. Shanghai ranked No. 8 last year on the top science and technology cluster charts issued by the Global Innovation Index under the World Intellectual Property Organization.

They are, to name a few: 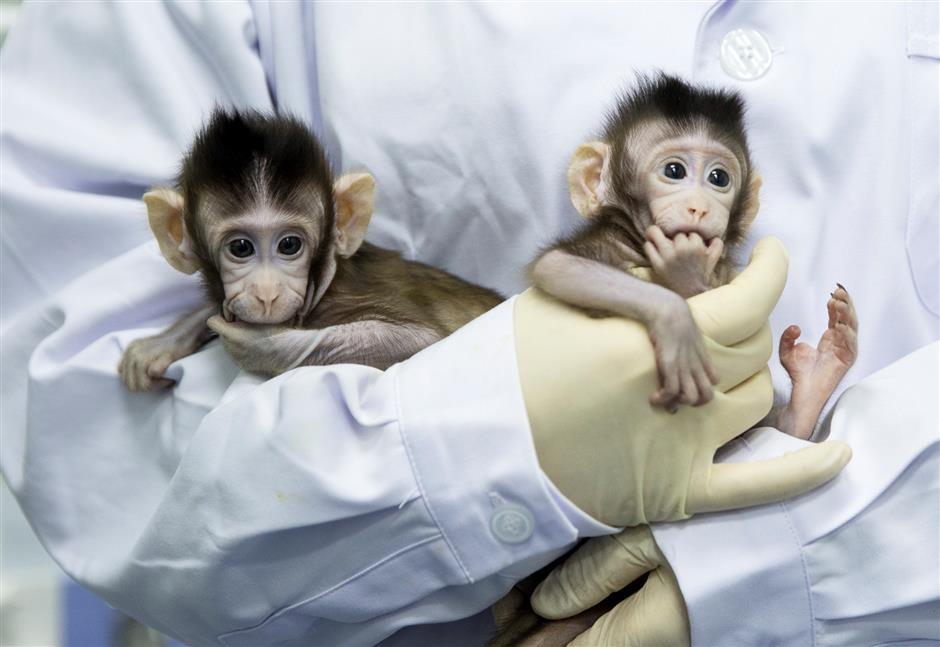 Two cloned macaques are held by a nurse at the Chinese Academy of Sciences' primates research facility.

In 2017, a Pudong New Area-based super laser machine set a world record by amplifying and outputting 10-petawatt lasers, which can be projected to research covering fields such as astrophysics, nuclear medicine, nuclear physics and material science.

In 2018, the world's first successful cloning of two monkeys using the technique that produced Dolly the sheep – the world's first cloned mammal – in Britain 22 years ago, was achieved in Shanghai. The work aims to produce genetically uniform monkeys that could be used as models to understand human medical issues.

Also in 2018, scientists in Shanghai created the world's first strain of yeast with only one chromosome, a breakthrough intended to support research on human cell aging and genetic mutation. 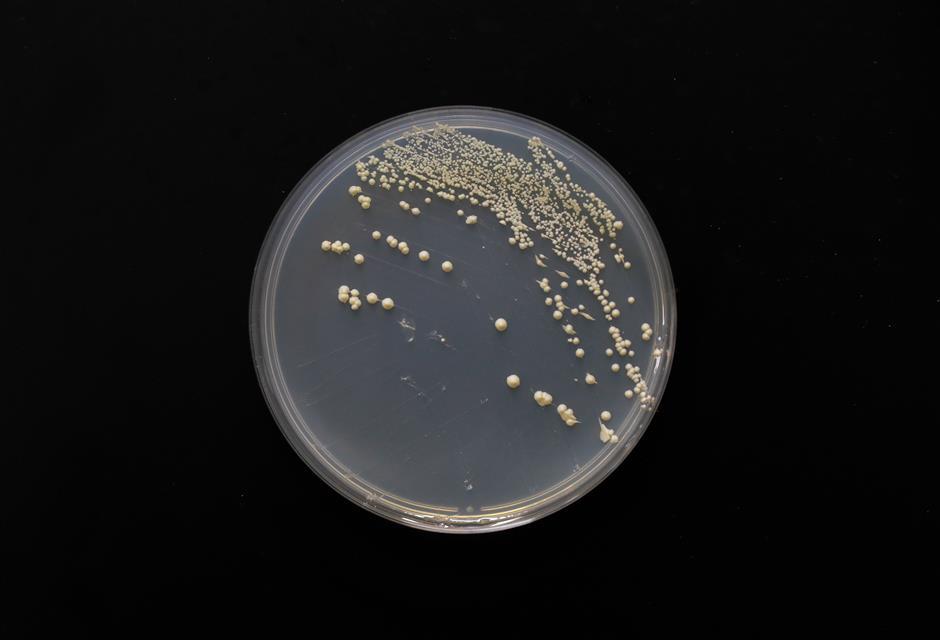 "The scientific research in Shanghai responded to the needs of the country and its people," Xu Feng, Party secretary of the commission, told a city government press conference on Tuesday. "We developed new laboratories on optics, new energy, bio-tech and eco-system, all aiming to forge a better life for people."

Meanwhile, international cooperation has been greatly strengthened. Over the past decade, Shanghai has signed cooperation agreements on scientific research with more than 20 countries around the world, and has established 28 joint labs in 23 countries.

"Shanghai has become the most attractive city in China for foreign talent," Xu said, noting that the city has been issuing favorable policies, such as financial support and talent introduction, to provide an increasingly friendly environment for scientific research.