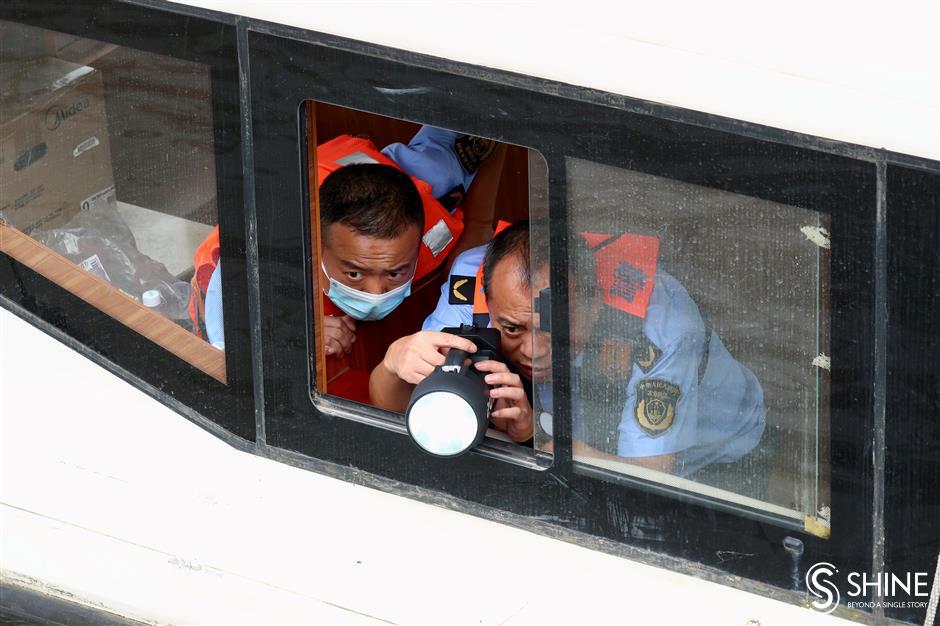 Local authorities are trying to locate a crocodile spotted in the city's Huangpu River. A worker is trying to find the crocodile.

The local authorities' attempt to capture a crocodile, which has recently been spotted in Shanghai's Huangpu River, failed again on Wednesday.

A sanitation worker told Shanghai Daily the crocodile was seen on the mudflat around 9 this morning. The animal has escaped capture several times since it was found last week. The city's agricultural authorities said they would keep patrolling the area. Local authorities are patrolling the Huangpu River, in an attempt to capture the crocodile spotted a week ago.

Several residents have recently reported witnessing a crocodile measuring about 80 centimeters long near the Jinmu Port along the riverside area in Xuhui District. 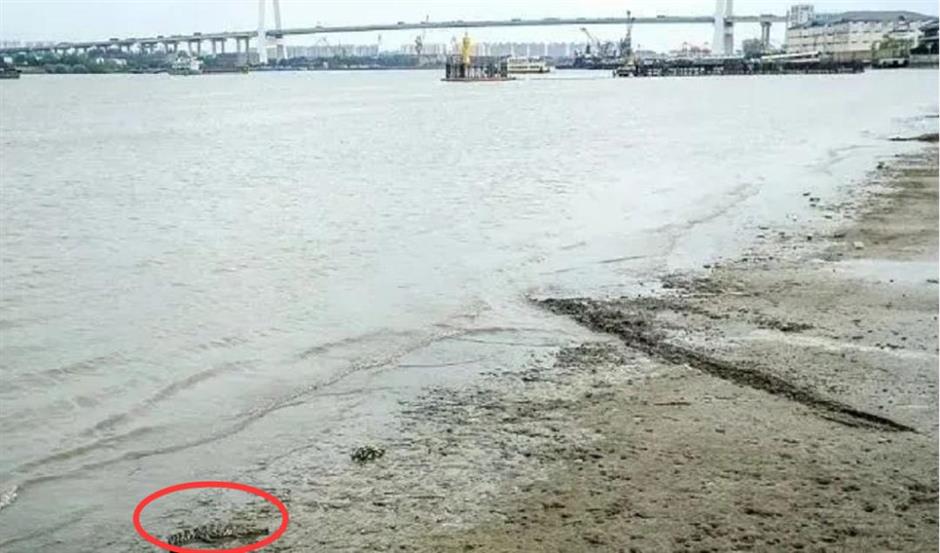 The crocodile is spotted near the Jinmu Port along the riverside area in Xuhui District. 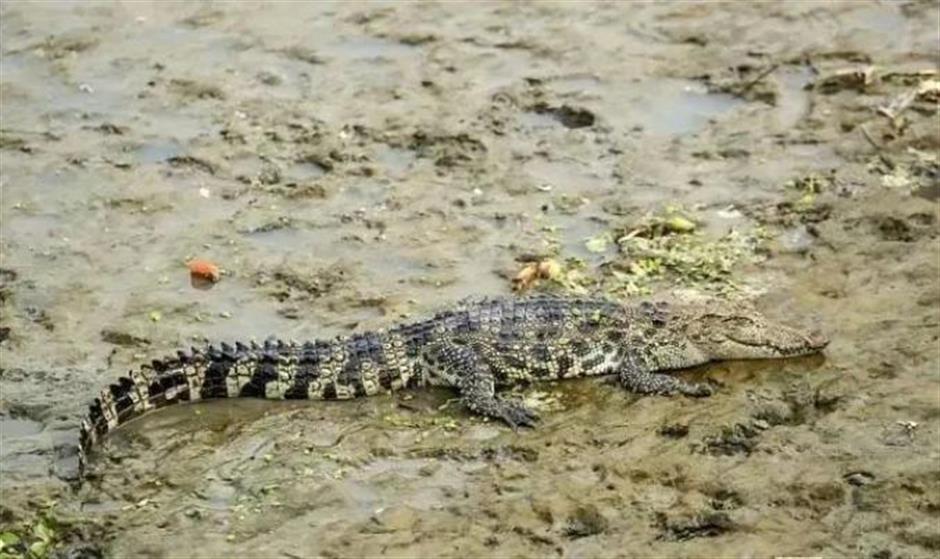 The crocodile measures about 80 centimeters long.

Experts initially identified it as a Siamese Crocodile, or Crocodylus Siamensis by its scientific name, according to the pictures and videos posted online. The crocodile doesn't attack human beings but they appear very defensive and will attack when provoked.

There is currently no natural habitats of crocodiles in the city. Currently, Chinese alligators are the only local crocodile species while all other types of crocodiles are from outside China, authorities said. It is highly likely that the crocodile was either abandoned by its owner or escaped from its breeding farm, authorities continued to deduce.

The Siamese Crocodile is listed as a part of state protected artificial breeding aquatic wildlife in 2019. Farmed crocodiles share the same protection level as wild crocodiles. Selling or buying crocodiles without approval is illegal.