1st C919 to fly with China Eastern in mid-December 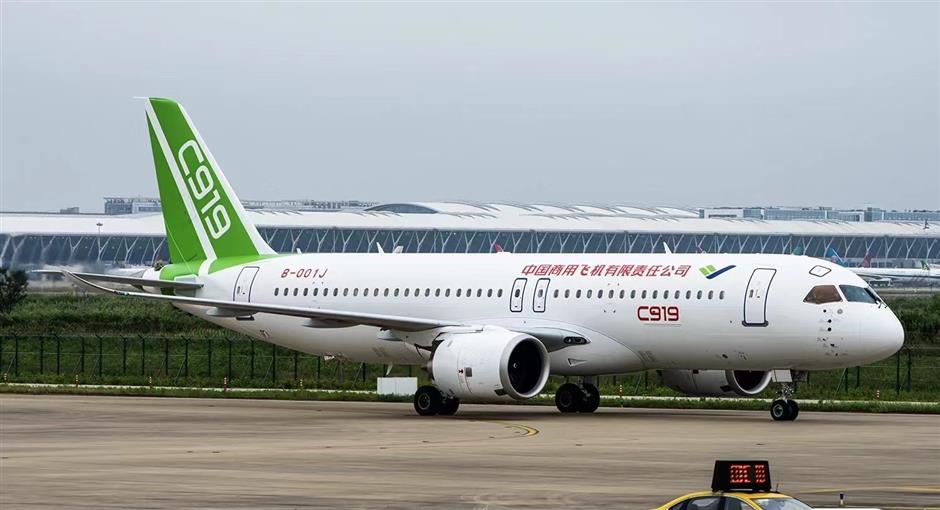 The Shanghai-based airline will ensure safe and smooth commercial operation of the aircraft, hoping to create a brand and economic efficiency, said Li Yangmin, general manager of China Eastern.

The airline has fully participated in the design and development of the C919 in full cooperation with its developer, the Commercial Aircraft Corp of China, Li told a meeting of the company.

China Eastern has said that the carrier and its subsidiary airlines plan to deploy the C919s on their most popular domestic routes from Shanghai: to Beijing's Daxing airport, Guangzhou and Shenzhen in southern Guangdong Province, Chengdu in southwestern Sichuan Province, Xiamen in southeastern Fujian Province, Wuhan in central Hubei Province and Qingdao in eastern Shandong Province.

Shanghai's Hongqiao International Airport will become the future operational base of the C919s.

The C919 last month obtained the type certificate, a milestone step on its journey to market operation.