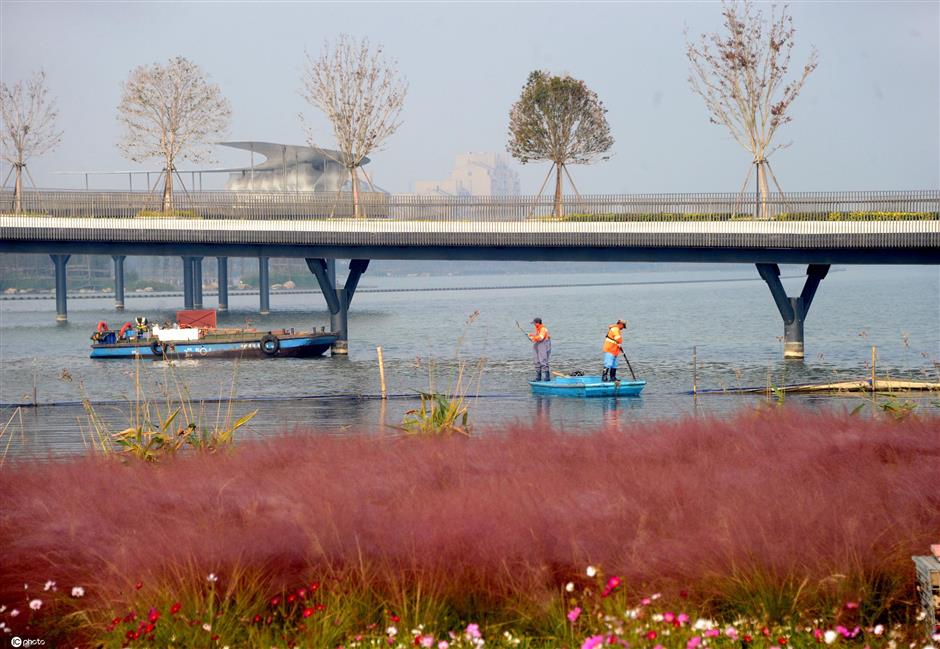 Yuandang Lake in Qingpu District is at the core of the Yangtze River Delta Ecology and Greenery Integration Demonstration Zone.

Shanghai has become the top-ranked city in the Yangtze River Economic Belt for eight consecutive years, according to a new survey released on Sunday.

Shanghai scored 66.40 out of 100 points among the 110 cities in the area, followed by Hangzhou in neighboring Zhejiang Province, Nanjing in neighboring Jiangsu Province, Chengdu in southwest Sichuan Province and Wuhan in central Hubei Province.

The survey was the eighth of its kind conducted by the Institute of Urban Development at East China Normal University, a key research institute listed by the Ministry of Education since 2015.

This year's conclusion was made based on research of 18 indicators in four categories: economic development, scientific innovation, exchange service and ecological support.

Shanghai has reached the standard for the world's top metropolises in scientific innovation (91.58 points), exchange services (94.13 points) and economic development (81.11 points), revealed Zeng Gang, director of the institute, who led the survey.

The economic zone, covering 11 provinces and cities along the river, accounts for half of the population and economic activity in China. The central government has listed the belt as a key area for ecological protection and quality economic development. 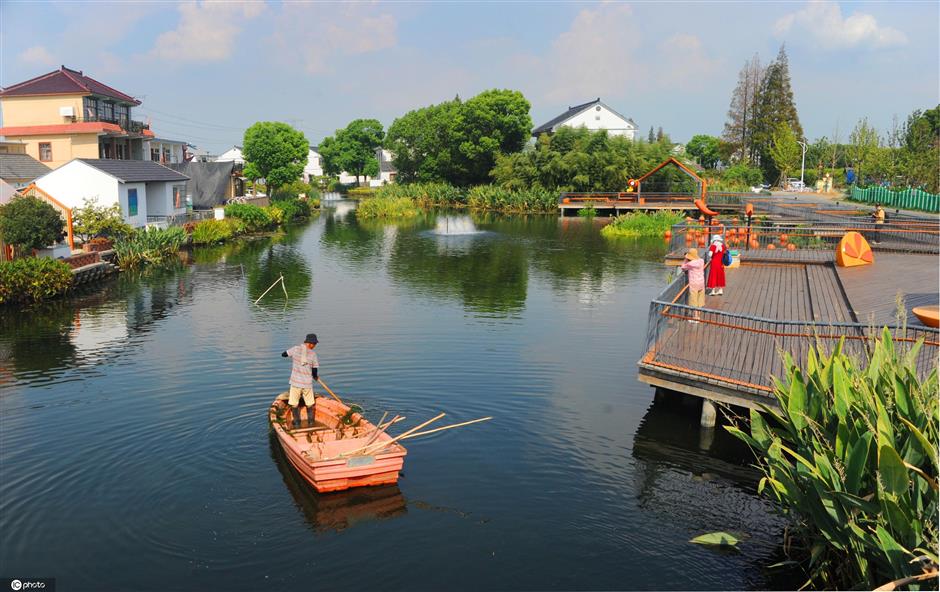 A fishing village in Shanghai's neighboring Jiashan City is at the core of the Yangtze River Delta Ecology and Greenery Integration Demonstration Zone.