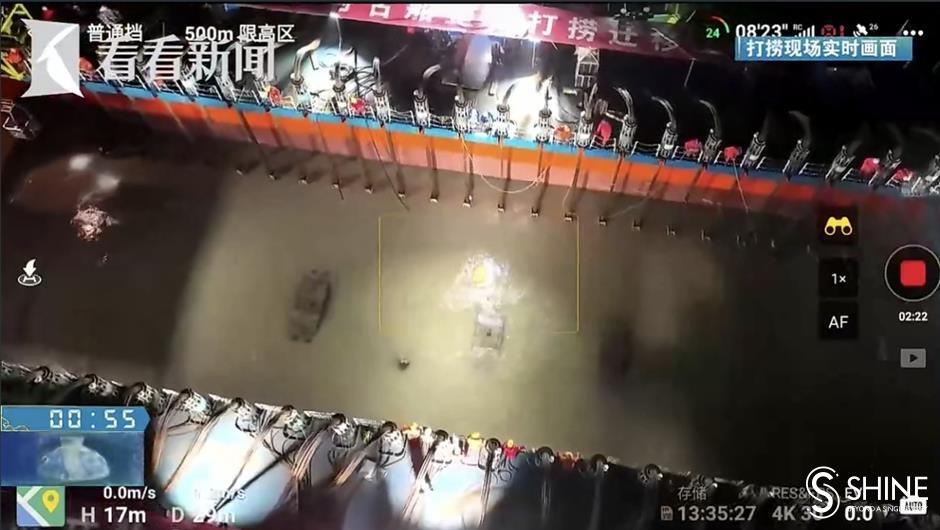 A screenshot of the site to hoist the Yangtze River Estuary No. 2 Ancient Vessel

After more than 150 years buried underwater in the mud in the Yangtze River estuary – and seven years of underwater archeological investigation – a Qing Dynasty (1644-1911) sand-trading boat revealed its mysteries on Sunday midnight.

The Yangtze River Estuary No. 2 Ancient Vessel, a wooden sailing boat built around 1862-1875 during the reign of Emperor Tongzhi, surfaced as it was wrapped and hoisted up by a 8,800-ton arch-shaped box supported by 22 giant arch beams after nearly three hours of hoisting operation.

The vessel will be later carried to the No. 1 dock of the former site of the Shanghai Shipyard in Yangpu District by salvage ship Fen Li, entering a new stage of preservation of cultural relics and archaeological excavation.

It was buried in sludge 5.5 meters deep and the water area where the ship sank is 8 to 10 meters deep.

The remains of the ship are about 38.1 meters long and 9.9 meters wide and it has 31 cabins based on current findings. 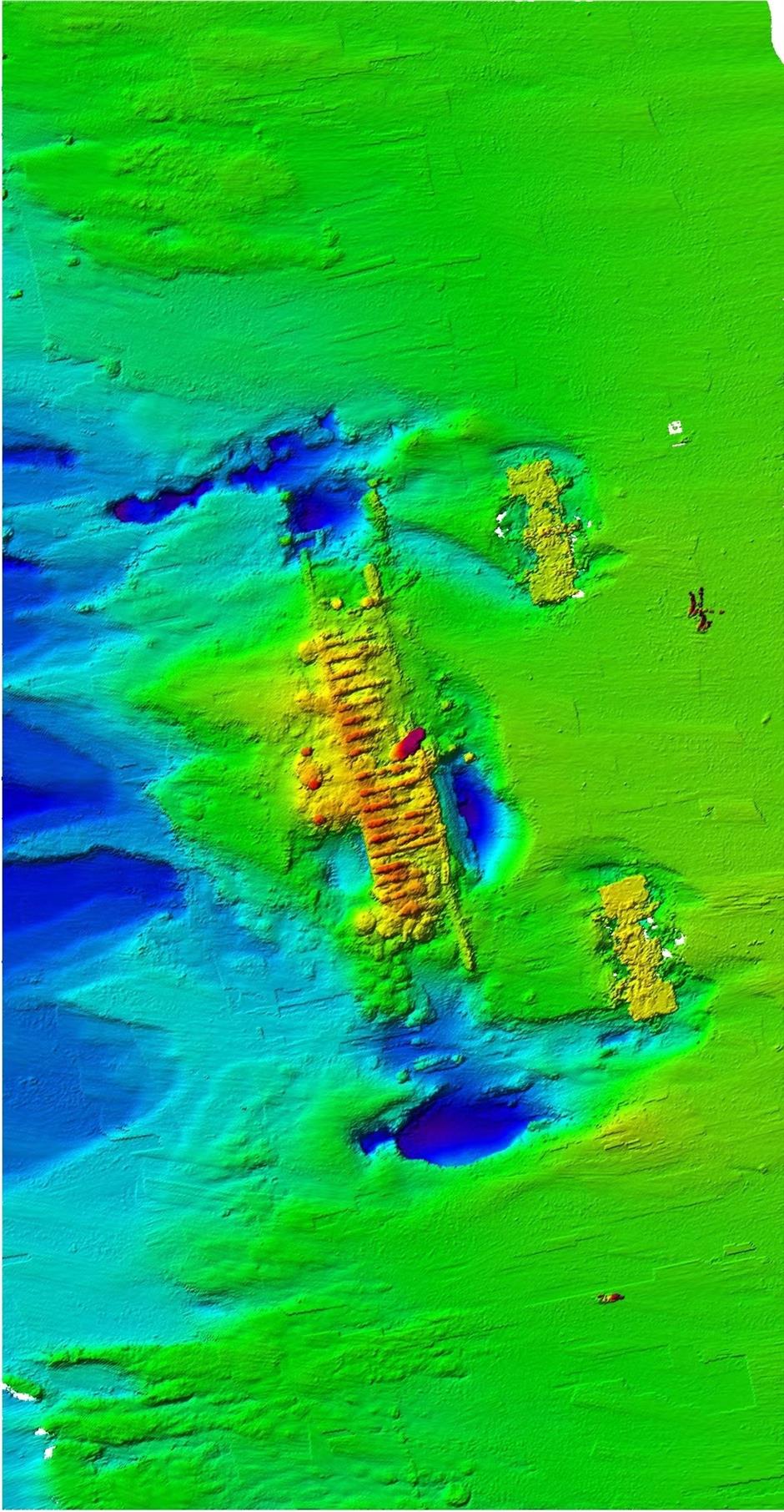 A sonar image of the vessel found buried underwater in the mud in the Yangtze River estuary.

The upper deck and main masts of the ship appear to be intact.

The ship is probably a sand vessel with a flat bottom, widely used for water transportation in Shanghai during the Ming (1368-1644) and Qing dynasties, according to Zhai Yang, deputy director of the Shanghai Cultural Heritage Protection and Research Center.

In 2015, an underwater archeological investigation in the Hengsha area of Chongming Island detected a sunken iron vessel via sonar scanning technology.

Priceless archeological treasures, including porcelain from the kilns of Jingdezhen, a world-famous porcelain capital in Jiangxi Province, have been found in four cabins.

A large number of cultural relics such as Yixing zisha (purple clay) wares, hookah cans made in Vietnam, wooden buckets, ship masts, shipping construction materials, and iron anchors have been unearthed near the ship.

The bottom of a green glazed cup has signs indicating it was made during the reign of Emperor Tongzhi, providing important proof of the vessel's history, experts said. 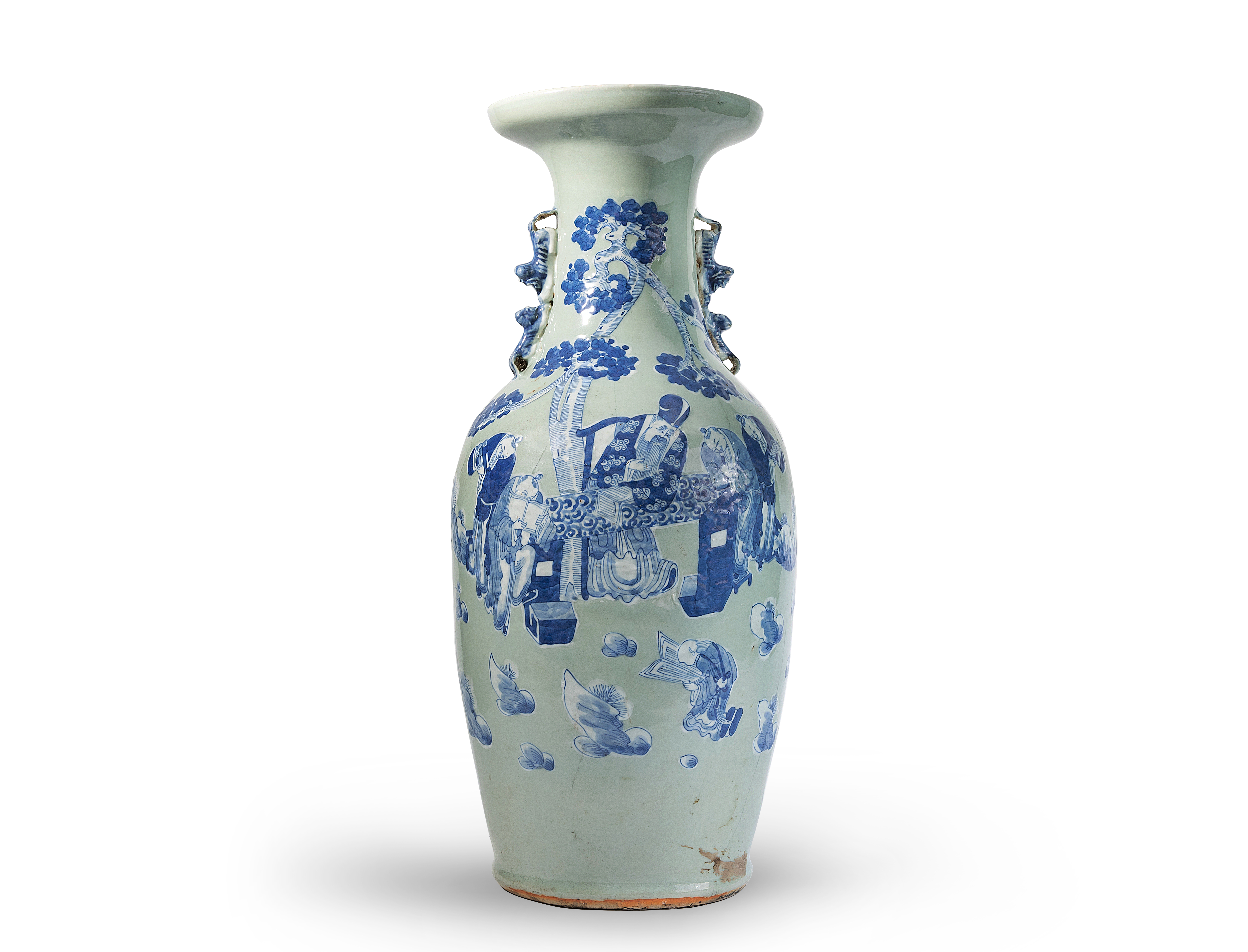 Between July and September last year, major finds, including porcelain works of the Yuan Dynasty (1271-1368) and a 60-centimeter-high blue-and-white porcelain vase, were found.

"There are still many mysteries behind the ship, such as its name, where it was built, and what was its destination, to which we hope to have answers," Zhai said earlier.

"We will solve these one by one – but it may take a long time."

"When we first detected the ship, it was totally covered in sludge with a single mast exposed," he revealed.

"The underwater archeological work was like a blind touch considering the water quality and low visibility of the estuary," Zhai observed. "Even if we wore a diving flashlight with strong light, we could see almost nothing.

"Because sunken ships are usually buried by sand, they are able to maintain a piece of history well and we are taking a journey through time during archeological work." 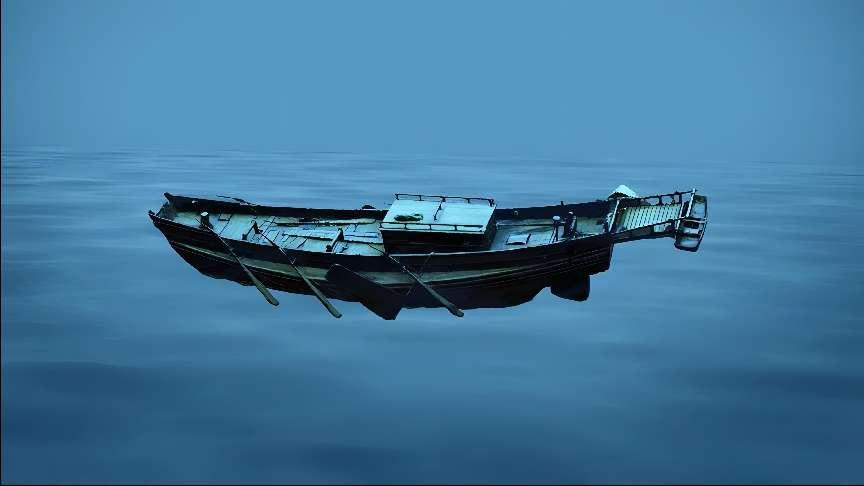 The Yangtze River Estuary No. 2 Ancient Vessel is another milestone in China's underwater archeology history after the Nanhai No. 1 cargo ship from the Southern Song Dynasty (1127-1279).

Nanhai No. 1 is widely believed to be the largest and best-preserved Song Dynasty ocean-going merchant trade ship.

"It is a precious cultural legacy with significant history, and scientific and art value," he was quoted as saying earlier.

The finding of the ship provides important support for research on the "Maritime Silk Route" and is a witness to Shanghai's position as a world trade and shipping center in modern times and an important leg on the "Belt and Road," Fang pointed out. 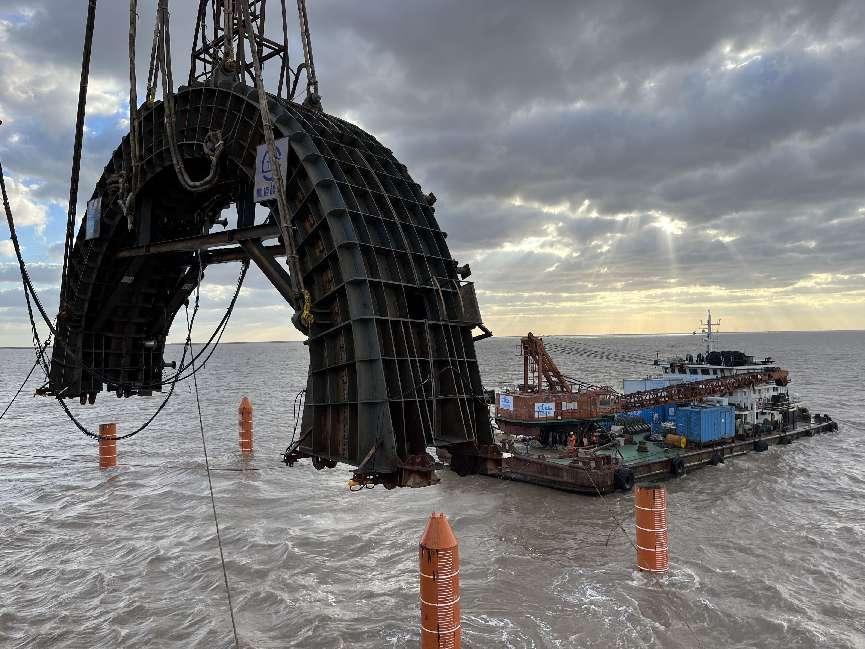