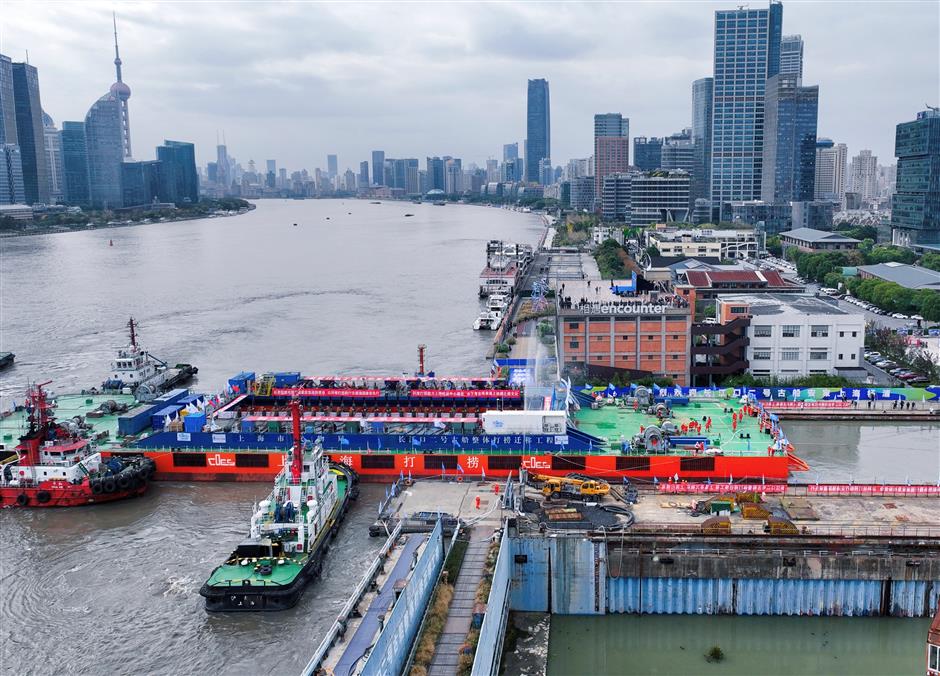 Salvage ship Fenli guides Yangtze River Estuary No. 2 Ancient Vessel into its dock at the former site of the Shanghai Shipyard in Yangpu District. 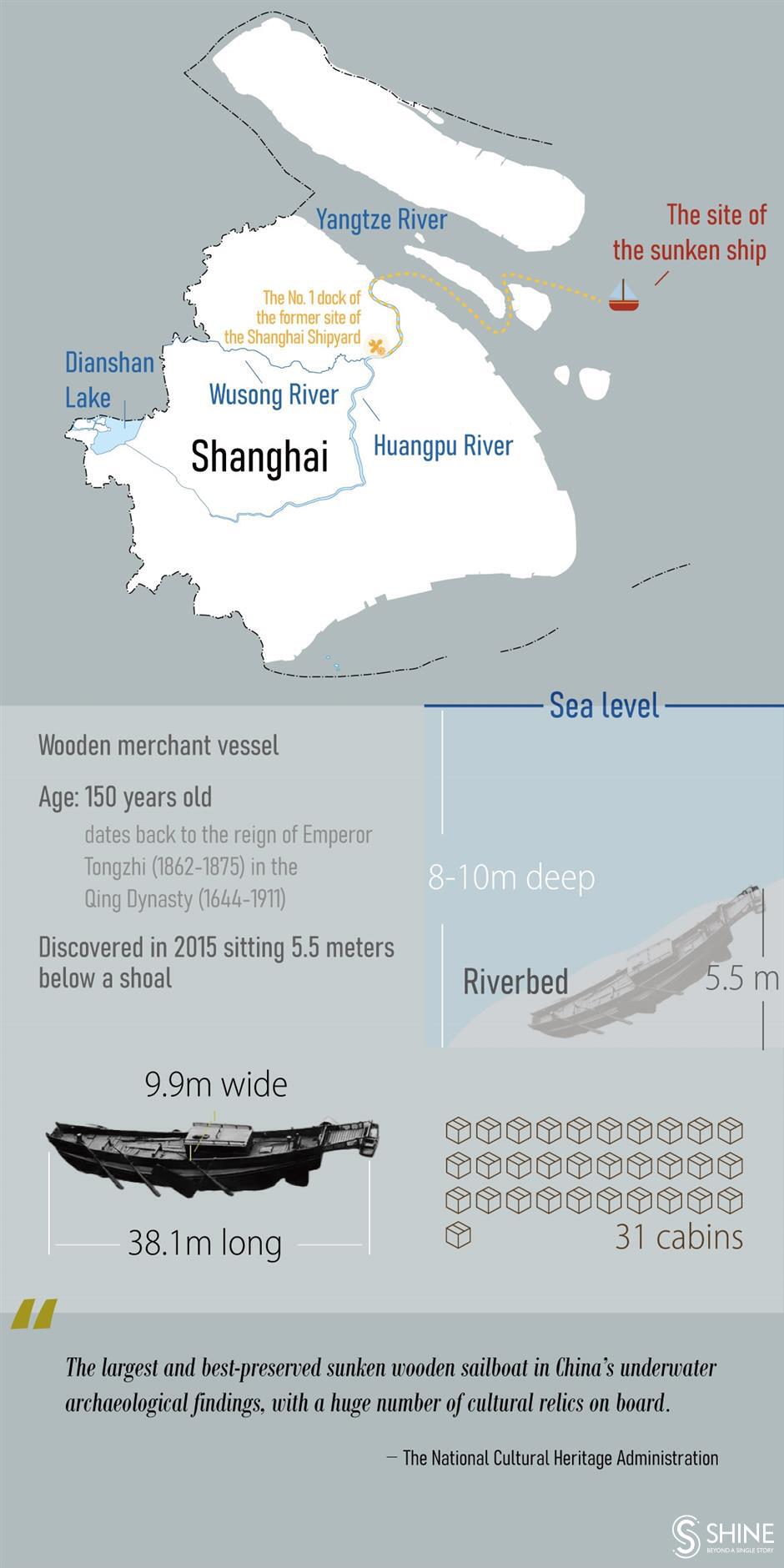 The vessel, carried in an 8,800-ton arch-shaped box supported by 22 giant arch beams inside the moon pool of the Fenli Ship, arrived at the No.1 dock of the former site of the Shanghai Shipyard in Yangpu District at 1:30pm on Friday.

About two hours later, the arch-shaped box that wraps the vessel precisely landed on concrete-poured saddle bases inside the dock, marking the ultimate success of the salvage of the sunken ship.

The Yangtze River Estuary No. 2 Ancient Vessel, a wooden sand-trading boat built around 1862-1875 during the reign of Emperor Tongzhi of the Qing Dynasty (1644-1911), was detected during an underwater archeological investigation near the Hengsha Island of Chongming District in 2015.

Priceless archeological treasures have been found in its cabins.

Underwater currents gradually exposed the ship from the sludge, making it impossible to carry out on-site preservation. The turbid waters around the Yangtze River Estuary also prevented a comprehensive underwater archeological investigation from being carried out.

In 2021, a plan for salvaging the ship was worked out, making it a national-level cultural relics protection and scientific innovation endeavor.

In the early morning on November 21, the sunken ship, after more than 150 years buried underwater in the mud of the Yangtze River Estuary, surfaced after nearly three hours of hoisting operation.

"Due to the windy maritime conditions after the salvage, we temporarily docked the Fenli Ship and the ancient vessel at a shipyard in the Hengsha Channel between the Changxing and Hengsha islands of Chongming District," said Zhou Dongrong, command-in-chief of the salvage project and deputy director of Shanghai Salvage Bureau.

The No. 1 dock, the biggest of the two docks of Shanghai Shipyard, dates back about 100 years.

In the next stage, the stern of the Fenli Ship will undergo a cut and be removed from the dock first, followed by the removal of the rest of the ship, leaving the vessel inside the dock.

Afterwards, the Fenli Ship will be welded intact and continue with future salvage missions, according to officials.

An archeology station will be constructed above the vessel in the No. 1 dock, equipped with lighting, security and cultural relics preservation facilities. Construction of the station is expected to be completed before October, 2023.

A Yangtze River Estuary No. 2 Ancient Vessel Museum will be built on the two old docks and the surrounding historic buildings of the shipyard.

"The Yangtze River Estuary No. 2 Ancient Vessel is like a 'time capsule' full of historic information," said Fang Shizhong, director of Shanghai Administration of Culture and Tourism.

"Archeology research on it will reveal social conditions and lives of individuals during that time and show the public advanced modern archeological concepts and technologies.

"The ancient vessel museum, to be constructed at the riverfront of the Huangpu River's Yangpu section, will both honor the industrial heritage of the place and enrich the life of our people."

The finding of the ship also provides important support for research on the "Maritime Silk Route" and is a witness to Shanghai's position as a world trade and shipping center in modern times and an important leg on the "Belt and Road," he said, in earlier interviews. 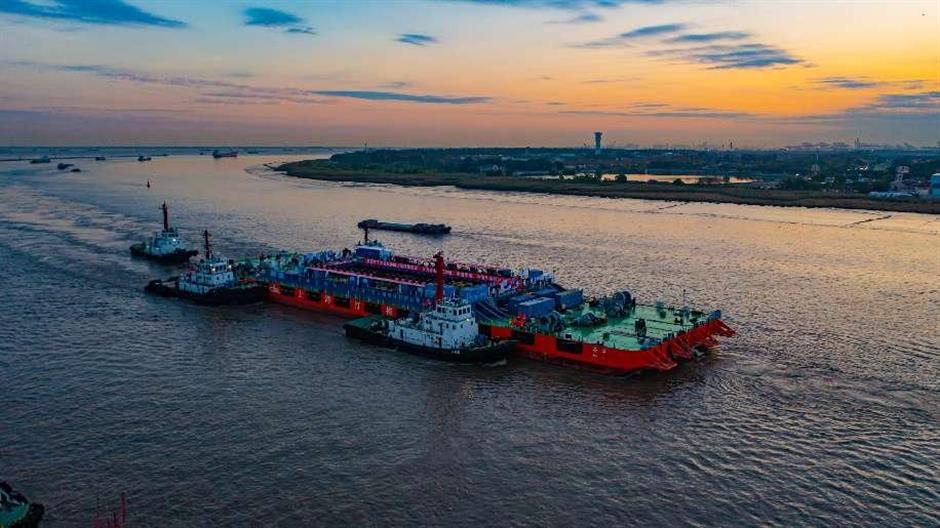 The Fenli Ship, transfers the Yangtze River Estuary No. 2 Ancient Vessel in its moon pool, through the Wusong Estuary. 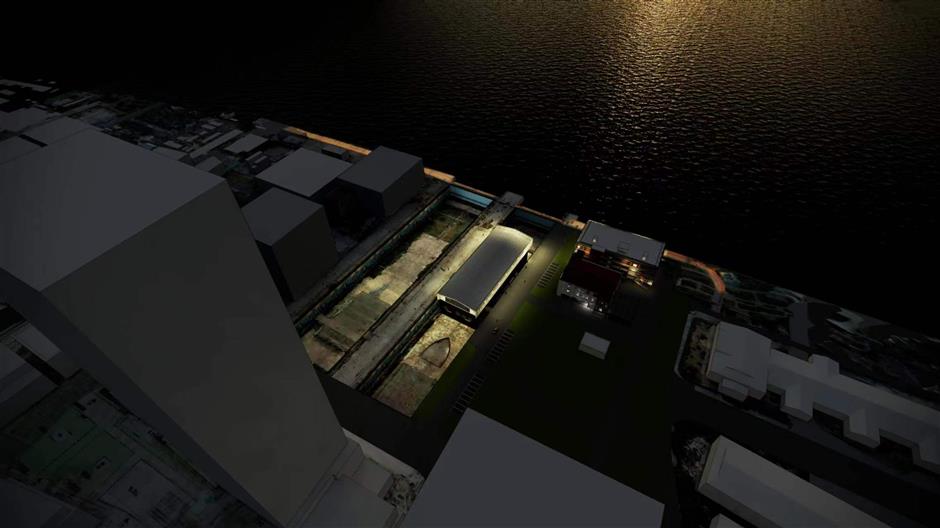 A rendering of the archeology work station 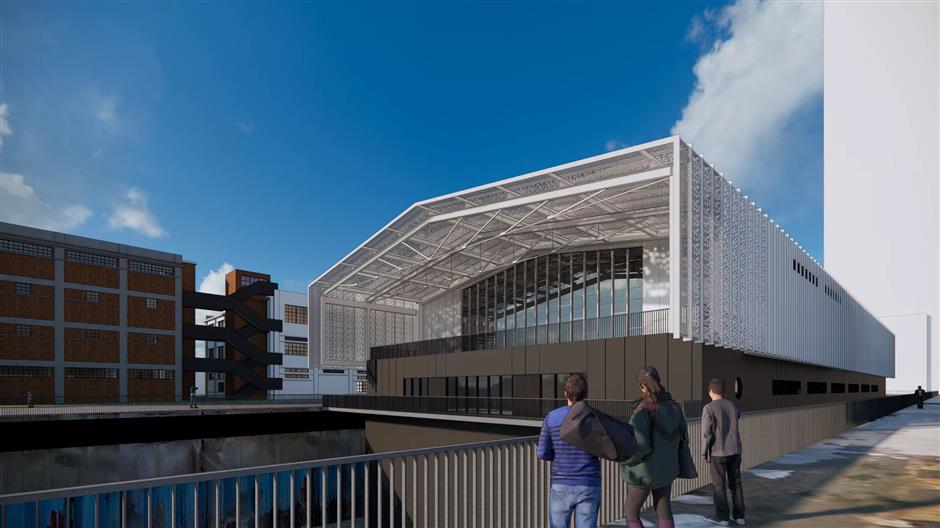 A ground view of the proposed archeology work station 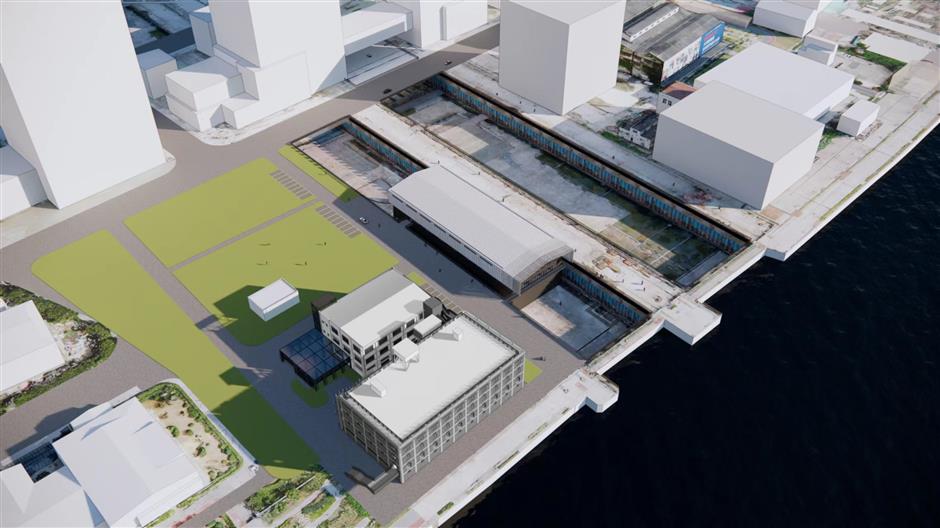 An aerial view of the proposed site 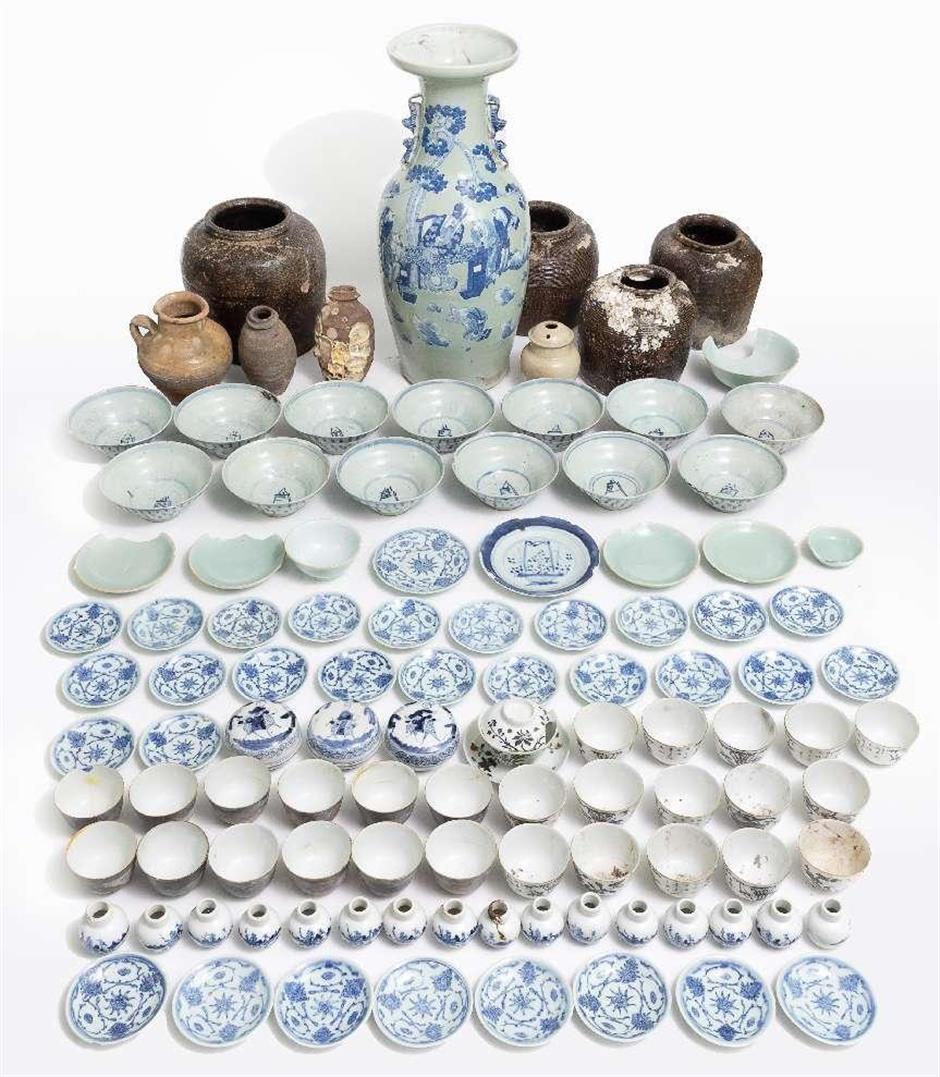