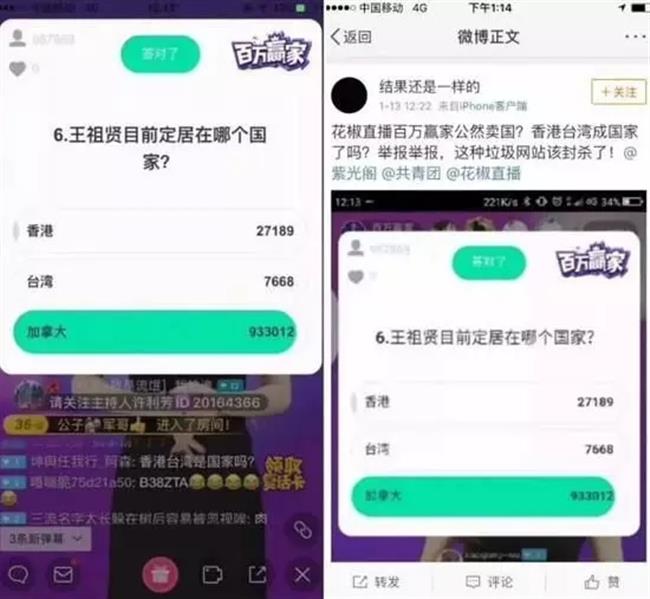 In its online quiz session at noon on January 13, a multiple-choice question asked which country is the current home of Hong Kong movie star Joey Wong. It provided three options: Hong Kong, Taiwan and Canada.

Huajiao apologized later on the same day, saying it was not their intention and the mistake was due to "the quiz maker's carelessness."

The next day, the Beijing Cyberspace Administration said there is a huge flaw in the management of the Million Winners game, adding that Huajiao had violated Internet information laws and regulations which led to "harmful social impact."

The administration ordered the app to perform thorough self-inspection and rectify any problems found.