Second operator of ARJ21 to start operation in July 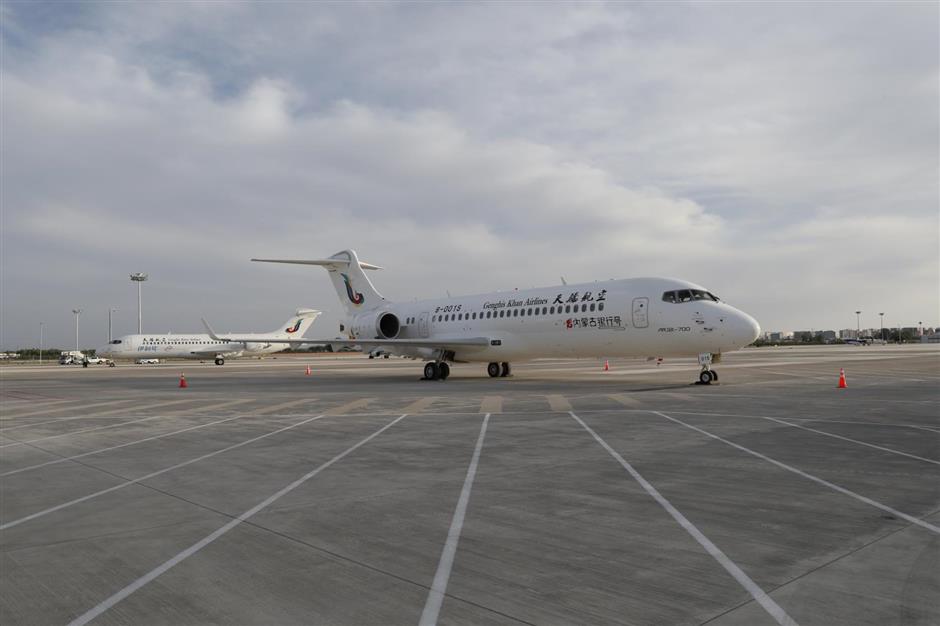 The newly established carrier, which is based in the Inner Mongolia Autonomous Region, started flight tests with its first ARJ21 on Tuesday night between Hohhot Baita International Airport and Ulanhot.

The Inner Mongolian carrier, approved by the Civil Aviation Administration of China in March 2018, plans to operate with a wholly domestically developed fleet.

It took delivery of its first ARJ21 in Shanghai in February and received the second jet on Tuesday.

The airline plans to purchase a total of 25 ARJ21s within five years and will begin receiving the C919, China's first home-developed narrow-body jet, after that.

The carrier is expected to not only improve transportation in Inner Mongolia but also help explore the marketing and industrial development of the domestically developed jet.

The ARJ21 regional jet, with eight premier and 70 economy-class seats, is suitable for the high terrain of Inner Mongolia. A seven-hour highway drive within the region, for instance, can be shortened to roughly an hour by air.

Currently, the jet’s sole operator, Chengdu Airlines, operates 11 ARJ21s to 20 Chinese cities. The ARJ21 fleet has transported some 270,000 passengers since it started commercial operation in June 2016. 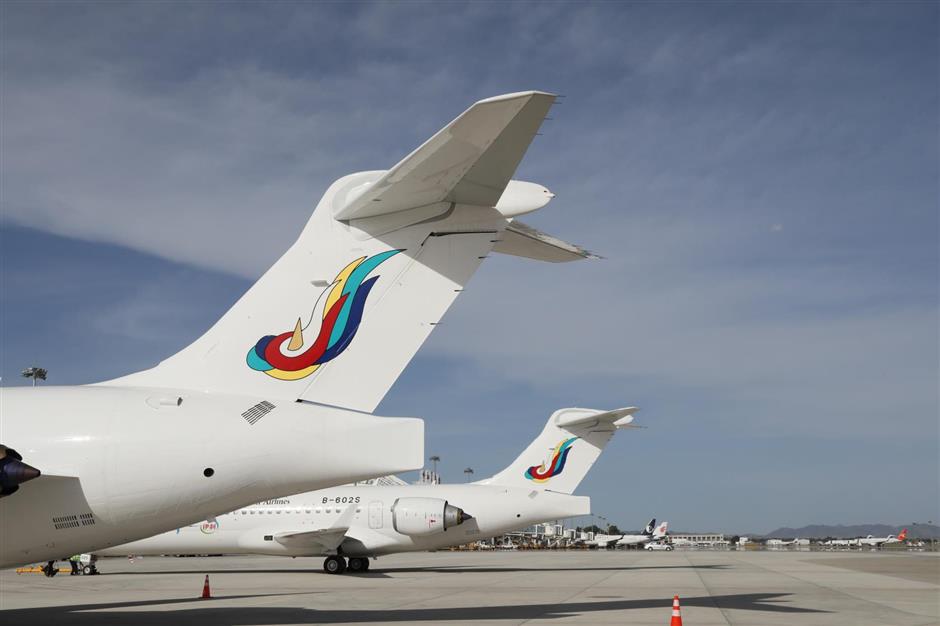 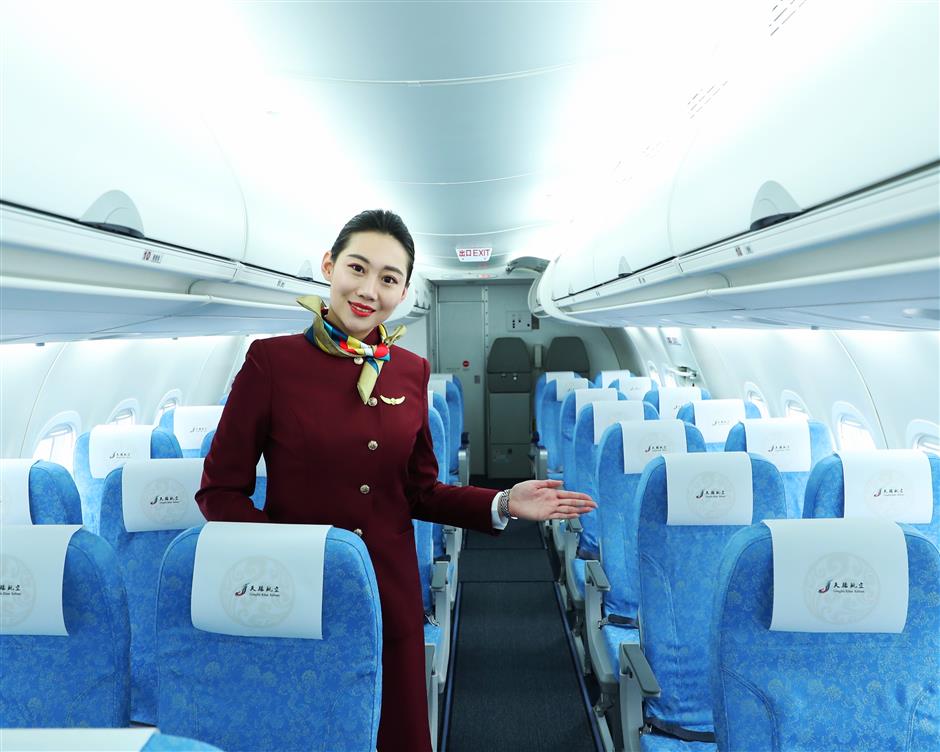 Urumqi Air will become the third operator of the ARJ21.

The carrier, which is based in the Xinjiang Uygur Autonomous Region, said the aircraft is suitable for the low temperatures and elevated terrain of northwest China.

The multiple operators will help to further improve the design of the jet, according to the Commercial Aircraft Corporation of China, developer of the ARJ21 and C919.

Before the ARJ21 test flight,  Genghis Khan Airlines also carried out two simulated emergency evacuations: one that a lithium battery was on fire, which occurred on a Boeing 787 Dreamliner; second, an engine failure during takeoff.

More than 100 ARJ21s will be delivered in the next five years to challenge the domination of the Bombardier and Embraer in regional services, COMAC said.

China has in recent years stepped up efforts to build up its commercial aircraft industry.

Besides the ARJ21-700, COMAC has unveiled the larger C919, a narrow-body jet designed to rival the Airbus A320 and the Boeing 737 series. A prototype CR929, the first long-haul jet jointly developed by China and Russia, has been unveiled. 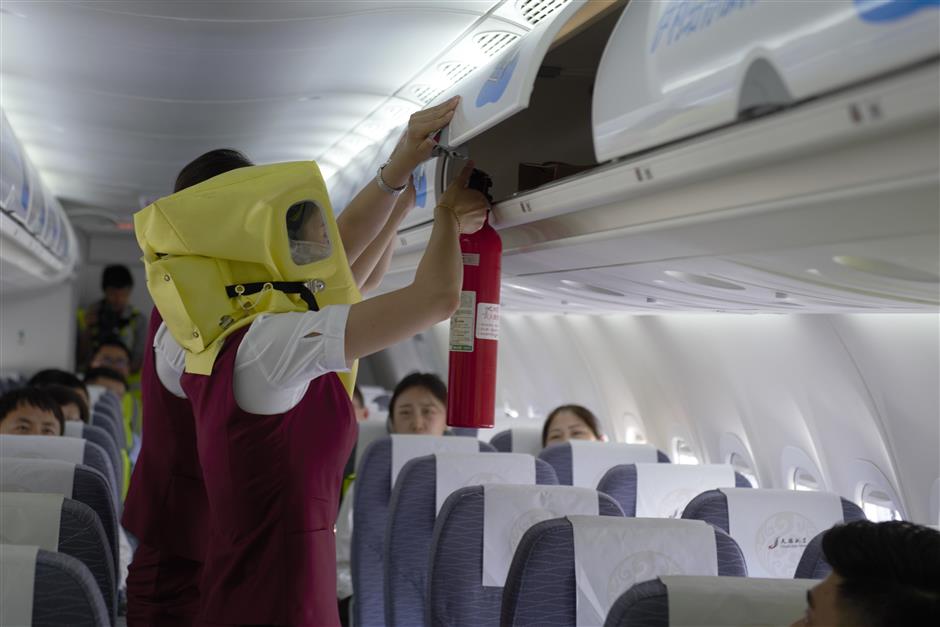 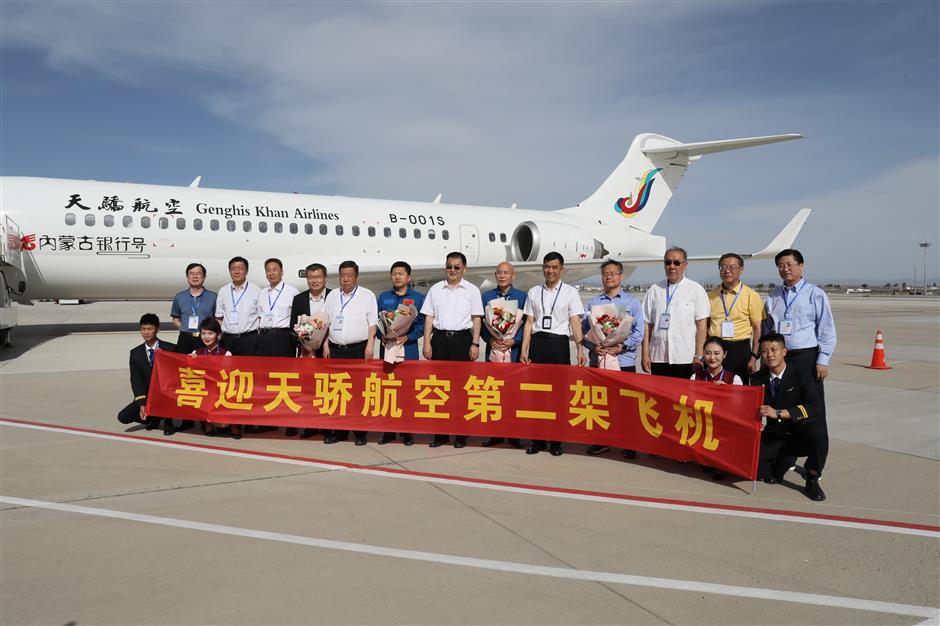 Officials and crew of Genghis Khan Airlines take delivery of its second ARJ21 on Tuesday.