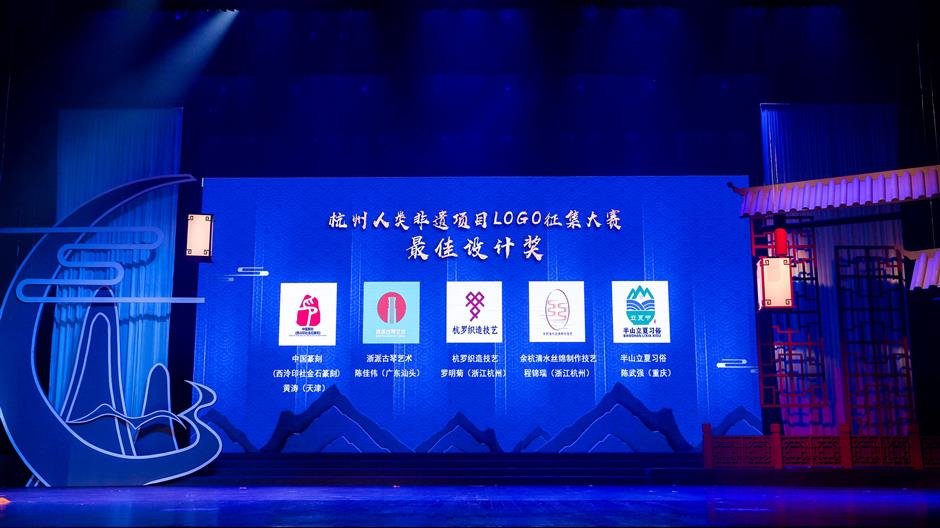 Winning entries of the logo competition

The competition sought logos from home and abroad for four items on the prestigious "Representative List of the Intangible Cultural Heritage of Humanity" from UNESCO.

The contest was launched by the Hangzhou City Administration of Culture, Radio and Television and Tourism in late September. The results were announced on Wednesday.

This was the first time that the city launched an event seeking intangible cultural heritage logos to promote the inheritance and protection of its cultural legacies.

The 15 works were unveiled and awarded on Wednesday after three rounds of evaluation.

About 400 submissions were collected in total from professional designers, university students and culture and innovation companies from home and abroad. More than 600,000 online votes were recorded. 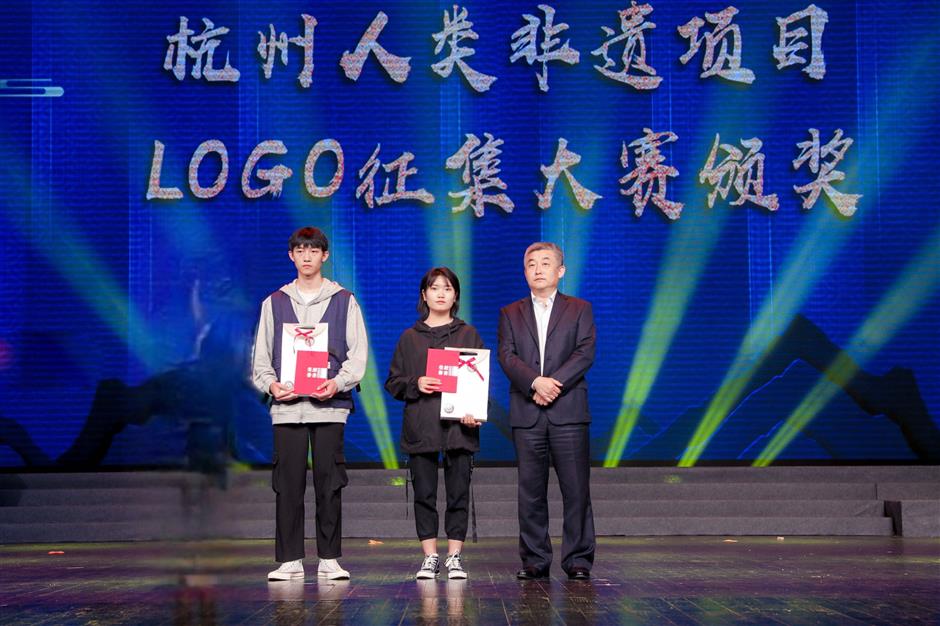 It was designed by Cheng Jinrui, an art student in Hangzhou. He was not familiar with these intangible cultural heritages in the past and he spent nearly half a month reading various materials.