China Along the Expressways
Shot by Zhou Shengjie and Ma Xuefeng. Edited by Zhong Youyang.

Zhang Kuihong, 79, still remembers the debates over the first national highway project on Chinese mainland back in 1984.

Zhang, deputy chief engineer of the construction on Hujia Expressway, was a special guest at an event on Tuesday next to the expressway.

The national expressway network has been the backbone of development in many areas across China. Journalists from state and local media have been invited to explore the stories behind the highways.

“China Along the Expressways” kicked off a grand tour to celebrate the country’s expressway network — the largest in the world — spanning 160,000 kilometers. Journalists from state and local media have been invited to explore the economic, cultural and tourism development along the expressways. 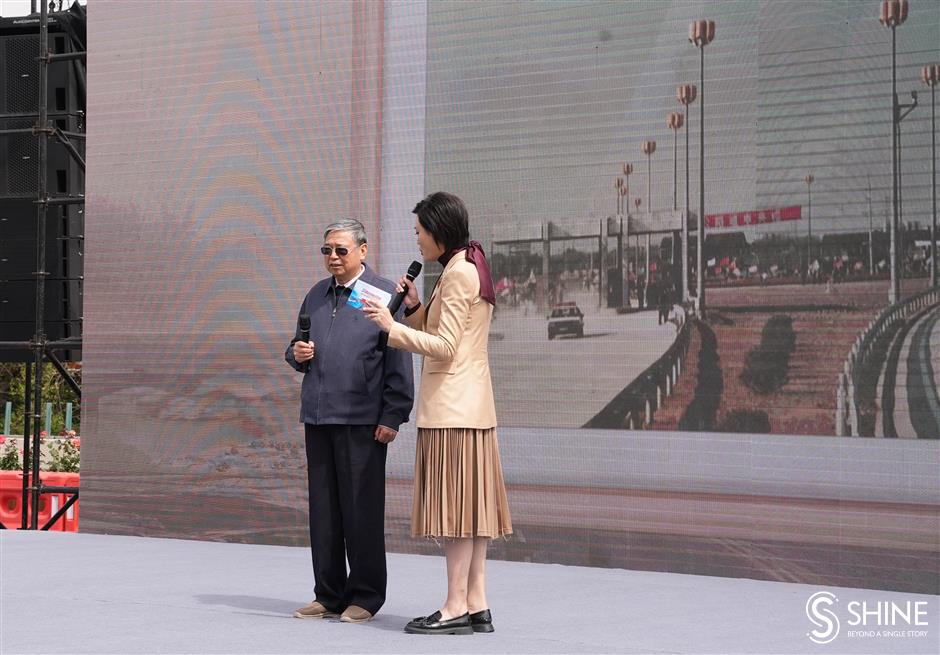 Zhang Kuihong, 79, recalls the debate over building Hujia Expressway back in 1984.

It is hard to imagine that experts and engineers were so conservative back then that the first highway was almost not built.

“Many experts asked why we needed a 120-kilometer-per-hour expressway when most families didn't have passenger cars and even those who did could only go 80 kilometers per hour,” Zhang recalled, standing at the original site of Hujia Expressway that opened on October 31, 1988. “The most difficult part of that construction was the clash of different views.”

Nobody asks that question anymore. In the past four decades, China has built an expressway network over mountains and across rivers that covers 99 percent of the nation's cities with populations of 200,000 or more.

“The next step is to cover all cities and counties with populations of 100,000 or more by 2035,” Wang Songbo, deputy director of the Ministry of Transport's comprehensive planning department, said at the event. “The development of digital infrastructure and smart transportation system is underway with lots of potential, such as real-time monitoring of traffic to help drivers and central control handle emergencies.”

I’m a native of Jiading District, and I’m proud to have been a part of the expressway construction team that helped make Jiading a sought-after area for investors.

According to Wang, expressway mileage accounts for about 3 percent of total road mileage in China but is responsible for more than half of freight transport.

The expressway network has been the backbone of development across the country. Hujia Expressway is a perfect example. Zhang has witnessed its immediate and long-term benefits.

“I’m a native of Jiading District, and I’m proud to have been a part of the expressway construction team that helped make Jiading a sought-after area for investors,” he said.

The expressway connects downtown Shanghai to its suburbs. Before the expressway was built, it took at least two hours to travel 20 kilometers along the main route for delivering fresh produce to local residents.

Hujia Expressway shortened that journey to only 30 minutes. Shortly after it opened in 1988, an industrial park opened in the Jiading town of Taopu, followed by tourism development in the town of Nanxiang, famous for xiaolongbao, Shanghai’s special steamed dumpling.

This development pattern can be seen across the nation, especially for remote counties and villages that can now fully realize their potential through better connections to the rest of the country thanks to the expressway network.

Shanghai has built dozens of highways to connect its downtown area to the rest of the country, and helped boost development across the city.

Yangshan Deep-Water Port, the world's largest container port, has a quarter of its landed goods transferred on highways. Chongming Island, set to host China's 10th Flower Expo next month, is connected to other parts of the city through the Changjiang Tunnel Bridge expressway and has become a favorite vacation spot. 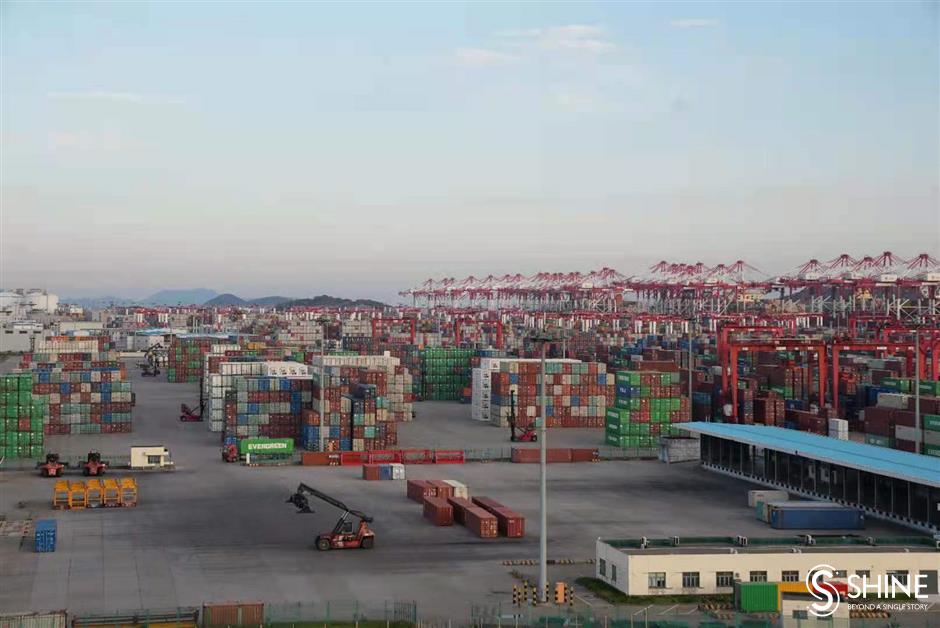 The container throughput of Shanghai ports topped the world for the 11th consecutive year in 2020, and the Yangshan Deep-Water Port was a major contributor in handling the city’s explosive growth in exports and imports.

Last year, it had a record-breaking container throughput of 20 million TEUs (twenty-foot equivalent units). More than half of the goods are then transferred by road, of which half use China’s extensive expressway network.

The world’s biggest single-building container port lies at the mouth of the Yangtze River outside Shanghai on reclaimed islands, with enough space for outsize ocean-going ships to berth.

Construction began in 2002. Just three years later it was handling shipping. Today, it is the busiest and one of the most automated container ports in the world.

With remote-control cranes and automatic pilots, there is almost no sight of human workers when the port is in full operation.

“Remote control makes the working environment for operators much better, and made it possible for more women to operate such large-scale machinery,” said Sun Jinyu, deputy manager of the port.

Autonomous vehicles are being tested on roads connected to the port town of Lingang in the Pudong New Area. The trial of port logistics and testing scenarios, according to Sun, is expected to lead to autonomous trucks in the port by the end of the 14th Five-Year-Plan in 2025.