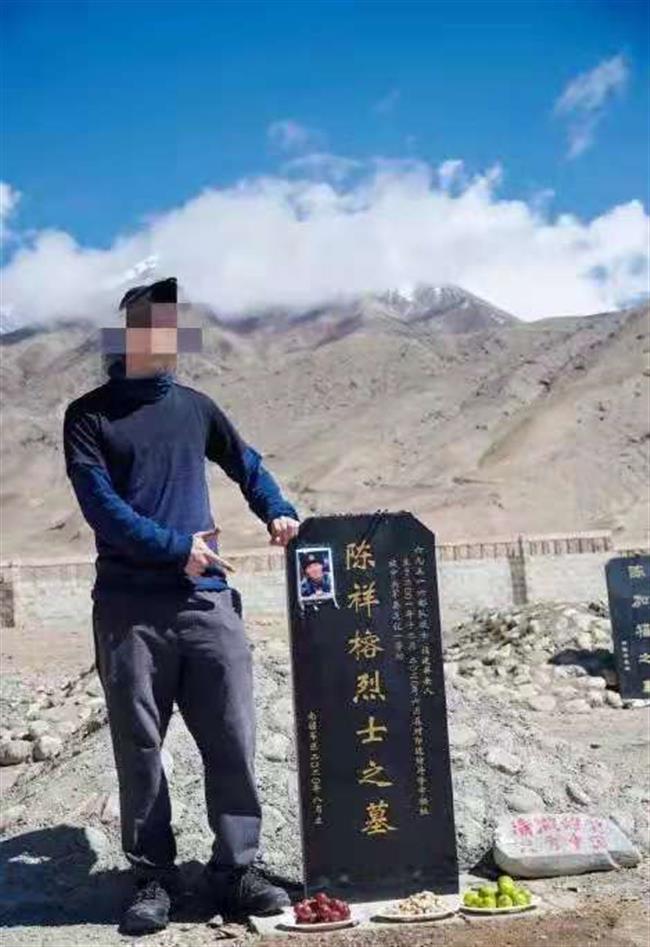 小贤Jayson poses for photo beside the tombstone of a heroic martyr.

A travel blogger who posed disrespectfully in front of the tombstone of heroic martyrs has been put on record by police, according to the People's Procuratorate of Xinjiang.

The blogger 小贤Jayson took photos with irreverent poses in Kangxiwa Martyrs Cemetery, which is in memory of garrison soldiers who died in border clashes in Xinjiang Uygur Autonomous Region.

So far, social platforms including Toutiao, WeChat, Weibo, and Zhihu have permanently banned his account.