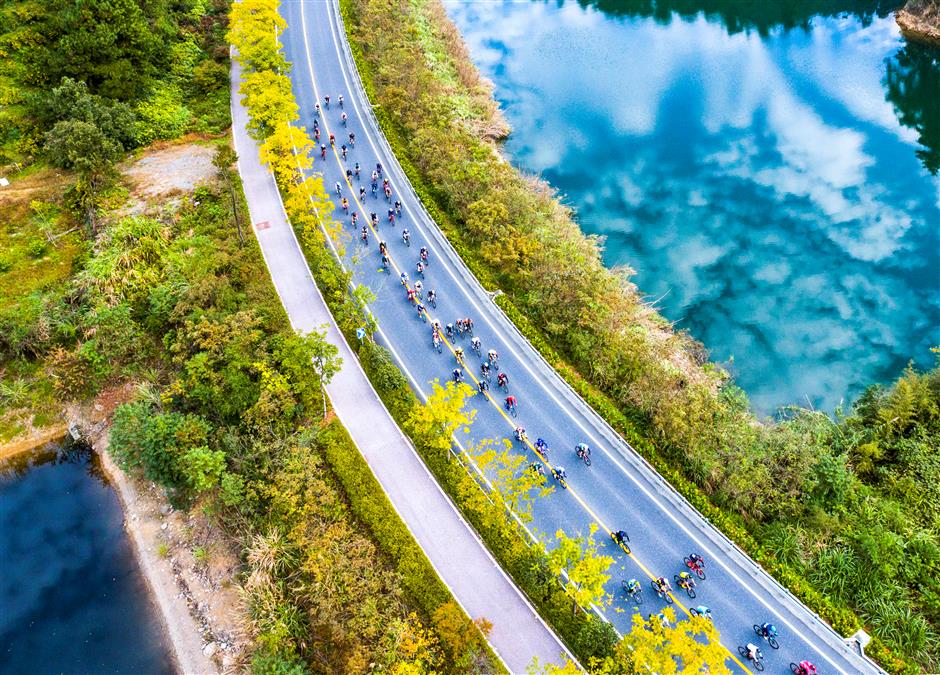 Cyclists ride on a road in Chun'an County where bicycle and triathlon races will be held during the Asian Games Hangzhou 2022. Chun'an has become popular among outdoor enthusiasts.

The construction of venues for the 19th Asian Games Hangzhou 2022 is in full swing in Hangzhou's Tonglu and Chun'an counties.

Yaoling Town in Tonglu County will host the horse-riding contests. In April, the main stadium was roofed. Now, interior and exterior decoration, electromechanical installation and outdoor projects are underway at the core venue. The stadium will be completed by the end of September.

Other venues include racetracks, stables, training, logistic and commercial facilities. After completion, they will cover an area of 54,000 square meters with 240 high-level stables and accommodate about 3,000 visitors.

The venues are surrounded by mountains and face a river with tranquil environment and picturesque scenery. It only takes about three minutes to drive down from the Lin'an-Jinhua Expressway to the stadium.

Biosecurity for participating horses is essential for hosting such events. Organizers are building the venues to guarantee an equine disease-free zone for the horses.

Local authorities, including forestry, agriculture, finance and transportation departments, have been working on the zone since last year. With the help of big data and cloud computing, a new smart management platform has been developed, which will streamline procedures for official services and enhance work efficiency.

All pig, cattle and goat farms have been relocated from the core area, covering 5 square kilometers, since equine animals are susceptible to diseases such as glanders, Japanese encephalitis and equine influenza.

Local equine mammals have been implanted with chips that record health information, vaccine records and whereabouts. Local departments record their health conditions at least twice a year. All information is shared via the platform and links to Hangzhou's City Brain big data system.

Hangzhou will apply for an acceptance review in September. The World Organization for Animal Health will come to provide assessments of the site in the first quarter of 2022. If qualified, the zone is hoped to be the second EDFZ in the Chinese mainland.

In 2018, Guangzhou, in south China's Guangdong Province, built the first zone. Hangzhou hopes to build itself into a hub for China's equestrian industry through the Asian Games, linking domestic and overseas equestrian athletes and animals.

In 2022, riders from 22 countries and regions with their 231 horses will compete in what is expected to be the largest contest ever in the Asia Games. The equestrian events will last 11 days.

Chun'an County will host the triathlon and bicycle races. The county is dotted with thousands of lakes and islands, and the bicycle race venue is designed harmoniously with natural environment, reducing the impact on nature. 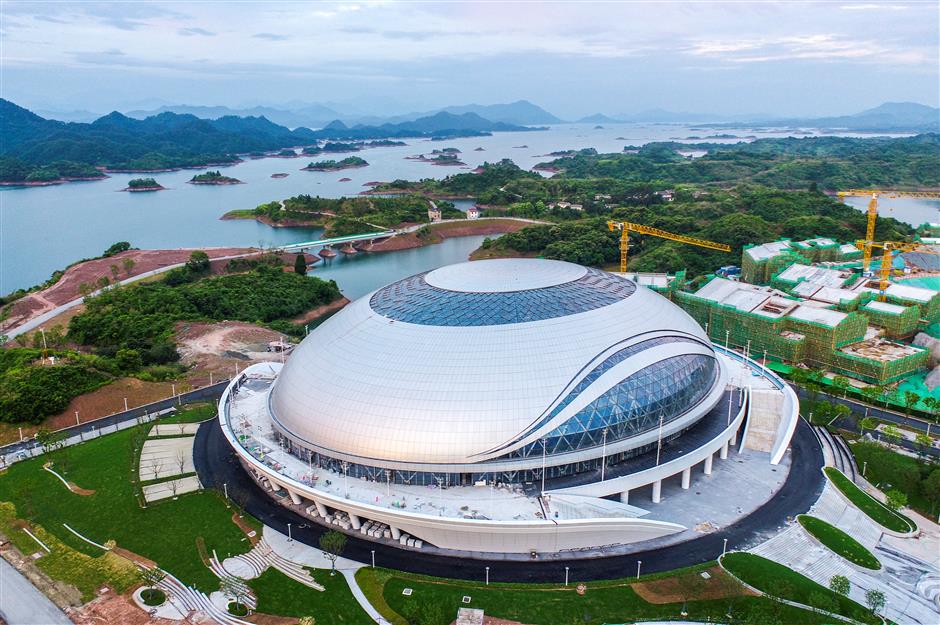 The main stadium of bicycle races of the Asian Games in Chun'an was roofed in April and will be completed by the end of September.

A main stadium and five temporary venues are under construction in Chun'an. They will be completed by the end of September.

For years, the county has become popular among outdoor enthusiasts who love hiking, jogging, kayaking and cycling. Every year, the local government hosts marathon, bicycle and kayaking races which attract people from all over the country by virtue of its unique lake scenery and welcoming climate.

The Asian Games is expected to give a boost to the integration of local tourism and sports industries.

The athletes' village in Chun'an will be finished by the end of December. The village is characterized by a host of environmentally-friendly features including solar panels, efficient insulation, green spaces and rainwater recycling systems.

Hangzhou government has given priority to the green buildings in the construction of venues for the Asian Games Hangzhou 2022.

Local departments have drafted their own technical guidelines, measuring the "greenness" of a building based on energy efficiency, water saving, air pollution control and site sustainability, among other criteria.

In addition, some old venues have been upgraded rather than rebuilt in efforts to save cost.

The stadium in Shaoxing City will host the volleyball competitions. It has retained the original floor in consideration of hosting all kinds of ball games in the future.

During the Asian Games in 2022, organizers will rent a special volleyball floor and pave it, which will save at least 9 million yuan (US$1.39 million). 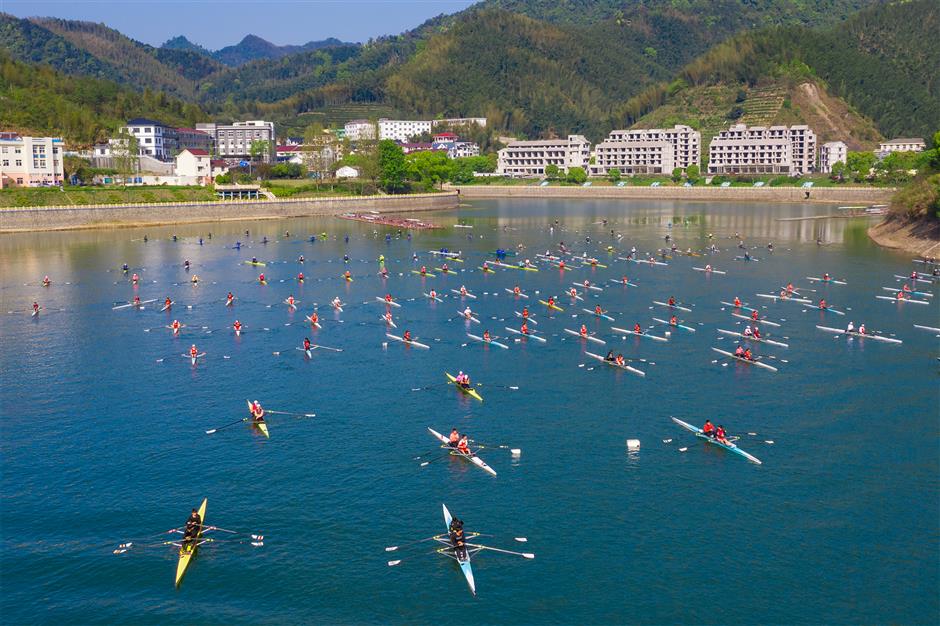