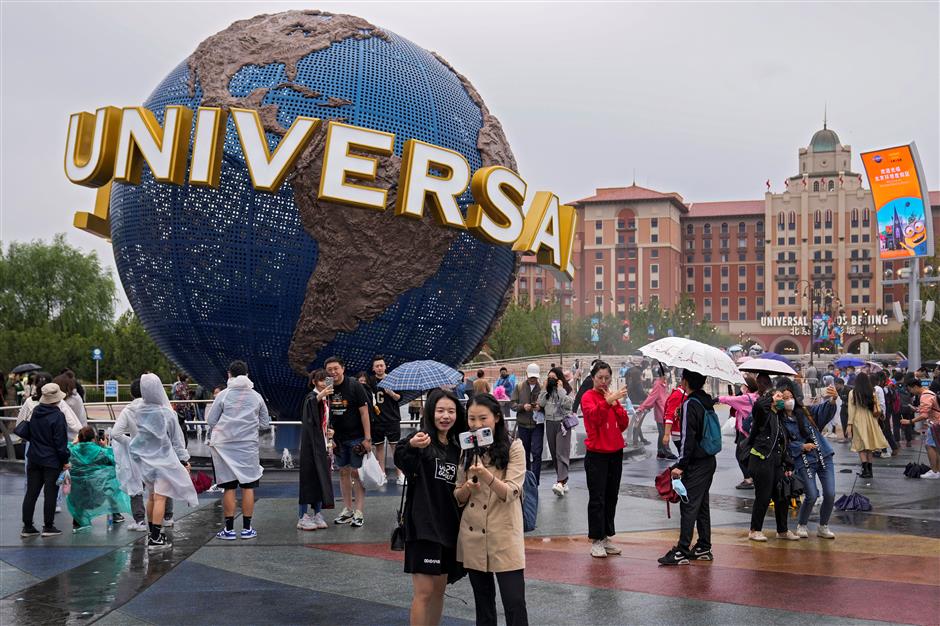 People take selfies with an icon near the entrance to Universal Studios Beijing in Beijing on Monday.

The Universal Beijing Resort, currently the largest in scale worldwide, opened to the public on Monday.

The opening coincided with this year's Mid-Autumn Festival holiday from September 19 to 21.

"I'm so excited to see Optimus Prime. It brought back my childhood," said Wu Siyuan, one of the first batch of tourists on the opening day.

Located in Beijing's Tongzhou District, where the Beijing Municipal Administrative Center is seated, the resort is the fifth Universal Studios theme park globally, the third in Asia, and the first in China.

The resort, a new landmark in Beijing, is expected to boost the establishment of Beijing as an international consumption hub and a new engine for the growth of China's culture and tourism industry amid the COVID-19 pandemic.