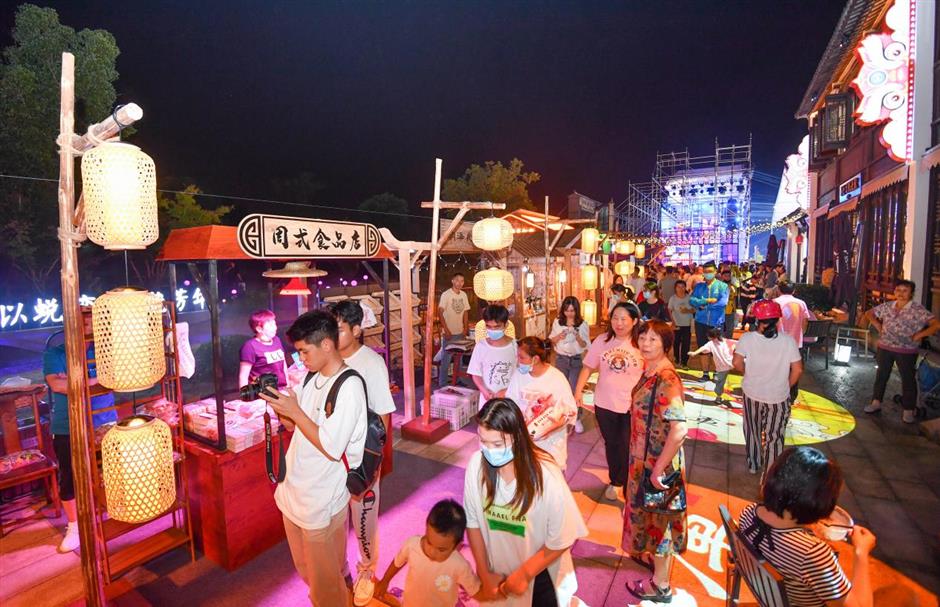 Wujiang District, one of the five urban districts in Suzhou, Jiangsu Province, is working hard to promote its night consumption market, aiming to turn the night economy into its new landmark.

A series of night economic activities were launched in Wujiang District on the night of September 17.

Wang Guorong, district head of Wujiang, said, "There will be 47 major economic activities held in the upcoming days, which will provide citizens and visitors diverse night consumption scenarios." 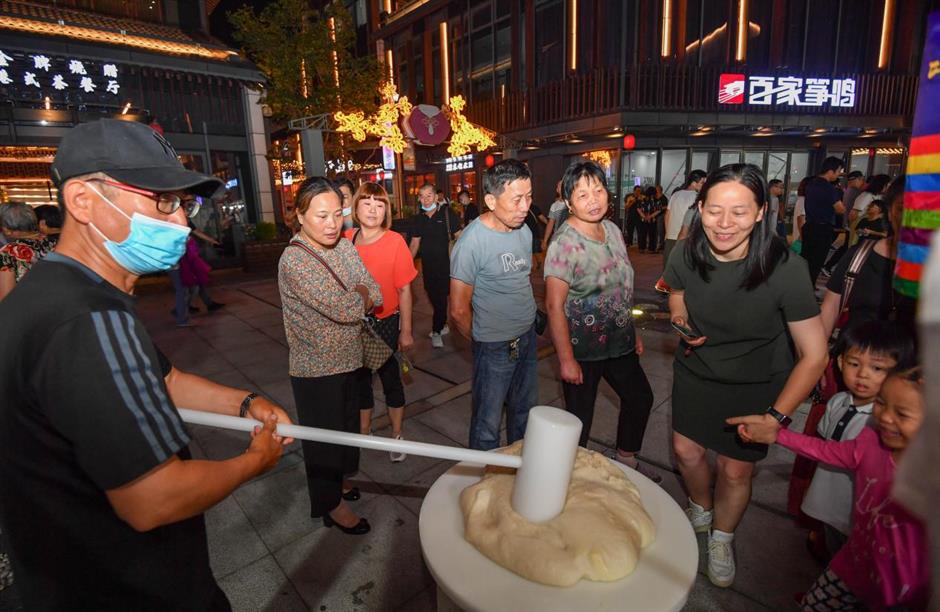 To develop the economy during the COVID-19 pandemic era, Wujiang District has focused on expanding domestic consumption by holding consumption promotion activities.

It held more than 40 promotion activities during this year's Double Five Festival on May 5, a shopping festival like Black Friday, including more than 10 night activities.

Around 10,000 businesses joined the shopping festival, stimulating consumption worth US$ 216 million. Total retail sales of consumer goods in the district had reached 47 billion yuan (US$7.27 billion) by the end of August this year, up more than 23 percent year on year.