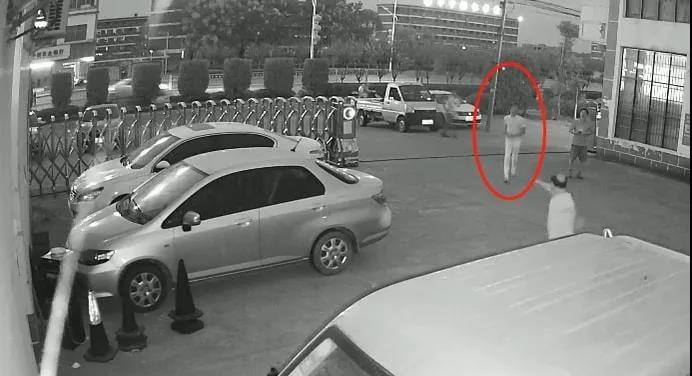 A screenshot of the security footage shows the man running to catch the falling boy.

A man rushed to catch a child who accidentally fell from the fourth floor of a hotel in Shangrao City, Jiangxi Province, on October 9, China Central Television reported.

Li Wenjun saw an elderly man waving his arms to get the attention of passers-by in the area while taking a walk.

A few seconds later, Li rushed to the building and caught the child, and both fell to the ground.

The fourth floor of the building is a hotel with no protective railing around the windows.

Li suffered a head injury during the incident and received seven to eight stitches after he was taken to the hospital.

Fortunately, the child only got minor injuries.