A property company has installed safety nets on the top floor of a high-rise building after two boys were caught repeatedly jumping back and forth between structures, Thepaper.cn reported today.

A video of the boys jumping dangerously from the 18th floor of the building in Chengdu, southwest China's Sichuan Province, on November 3 concerned netizens.

They were filmed playing on the platform outside the protective wall on the roof, with no safety structure in place or adults watching.

There are "No Climbing" signs posted around the platform, and iron wire protection nets have now been installed

Two boys jump between the top floors of the building. 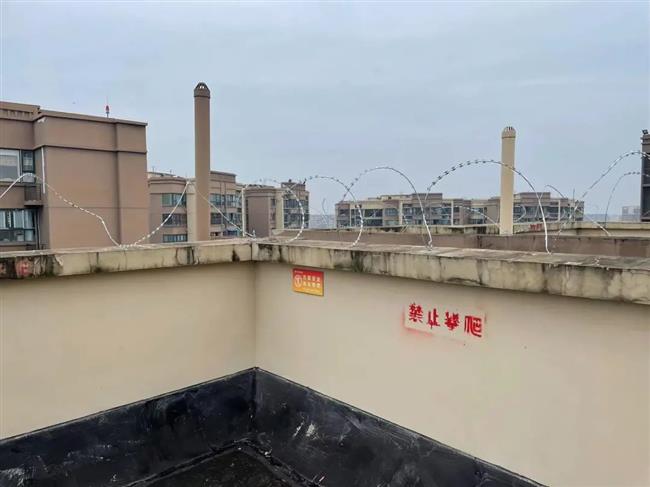 Wires have now been installed to prevent people from climbing over.