A court in east China hired a man to livestream his occupancy over 24 hours in an apartment where a suicide had happened to quell the fears of potential bidders at an auction, Beijing Youth Daily reported yesterday.

Wuzhong District People's Court in Suzhou, Jiangsu Province, devised the innovative strategy to convince buyers that the apartment wasn't haunted after its previous owner committed suicide by burning coal in it.

The livestreaming started at 10am on November 9 with a judge and a man introducing the apartment. Over 40,000 people watched the program, during which the man did workouts, ate and slept in the apartment.

Though intrigued by what had happened in the apartment, none of the participants placed a bid. It will be auctioned again at a later date.

The apartment's owner took his own life because he owed a large amount in gambling debts. The creditors sued the man's wife, who inherited the apartment from her late husband. The court ruled it would auction off the apartment to repay the debts. 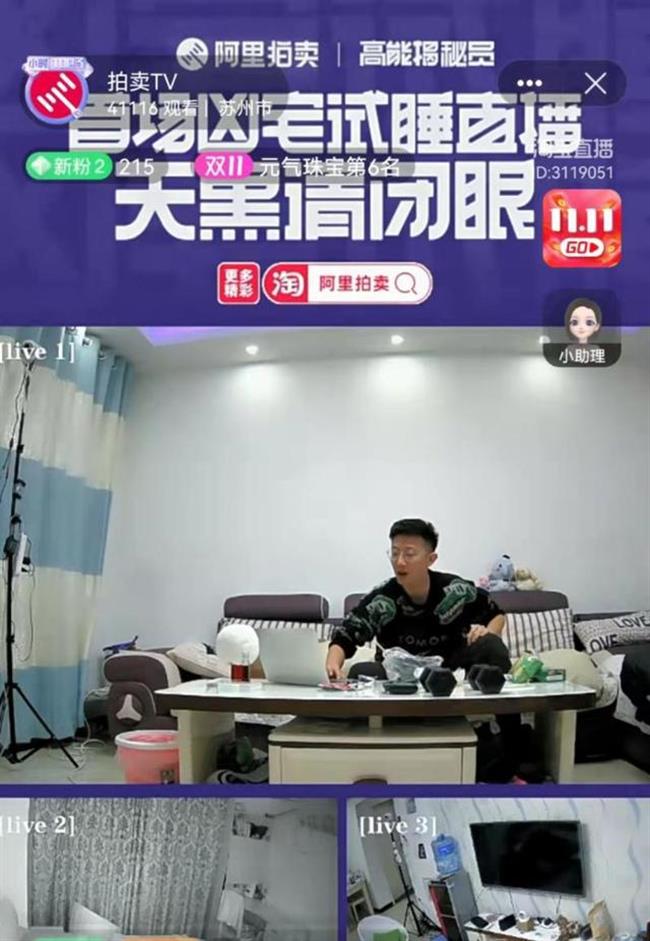 Wuzhong District People's Court hired a man to livestream his daily life over 24 hours in an apartment whose previous owner committed suicide in it.