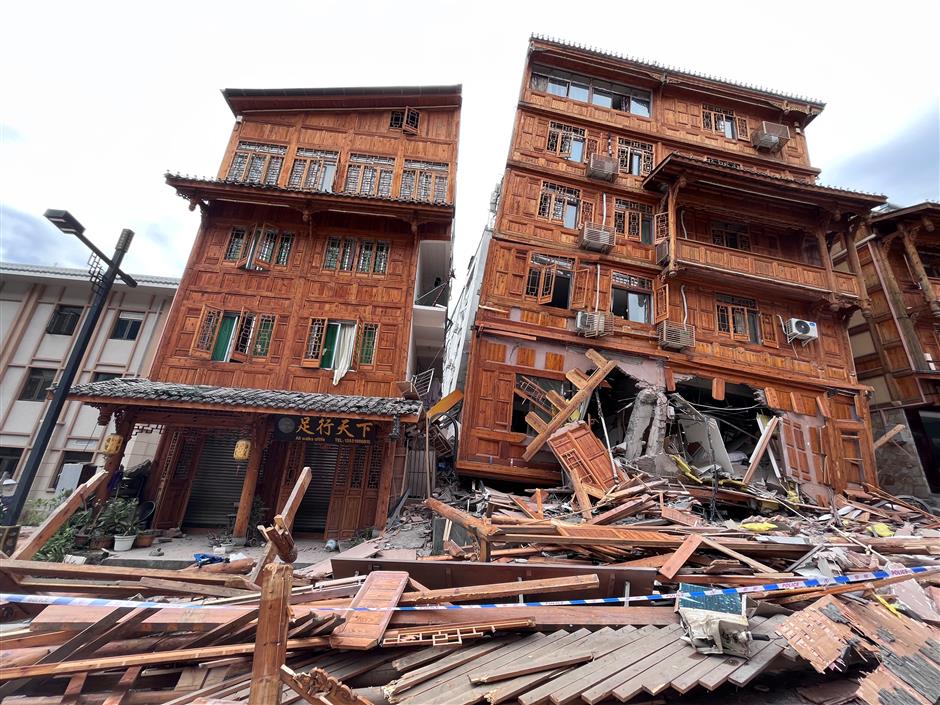 A destroyed building in Moxi Town, Luding County, Sichuan Province, where the epicenter is located, shot on Tuesday.

A total of 66 people have been killed in a 6.8-magnitude earthquake that jolted Luding County in southwest China's Sichuan Province on Monday, local authorities said Tuesday.

As of 2 pm Tuesday, 38 people had been killed in Ganzi Tibetan Autonomous Prefecture, and the other 28 died in Ya'an City, the rescue headquarters told a press briefing.

Fifteen people were missing and 253 were injured, with five in critical condition and 70 in serious condition.

The earthquake struck Luding County at 12:52 pm Monday, according to the China Earthquake Networks Center.

Sichuan has activated the highest level of emergency response for the earthquake.