A hydrogen balloon suddenly lost control, making a person float in the air for more than 300 kilometers until falling into a forest, and Hu Yongxu may never forget such an unexpected experience, Elephant News reported.

On September 4, Hu and another worker, Liu Chenghui, took a hydrogen balloon to pick pine nuts from a pine tree that is more than ten meters tall in the city of Mudanjiang's Shanshi Town in northeast China's Heilongjiang Province.

To their surprise, shortly after the hydrogen balloon took off, it suddenly lost control and floated into the air because the safety rope below was not fastened. While passing a tree, Liu quickly grabbed a branch and landed safely along the trunk, but Hu failed to save himself. 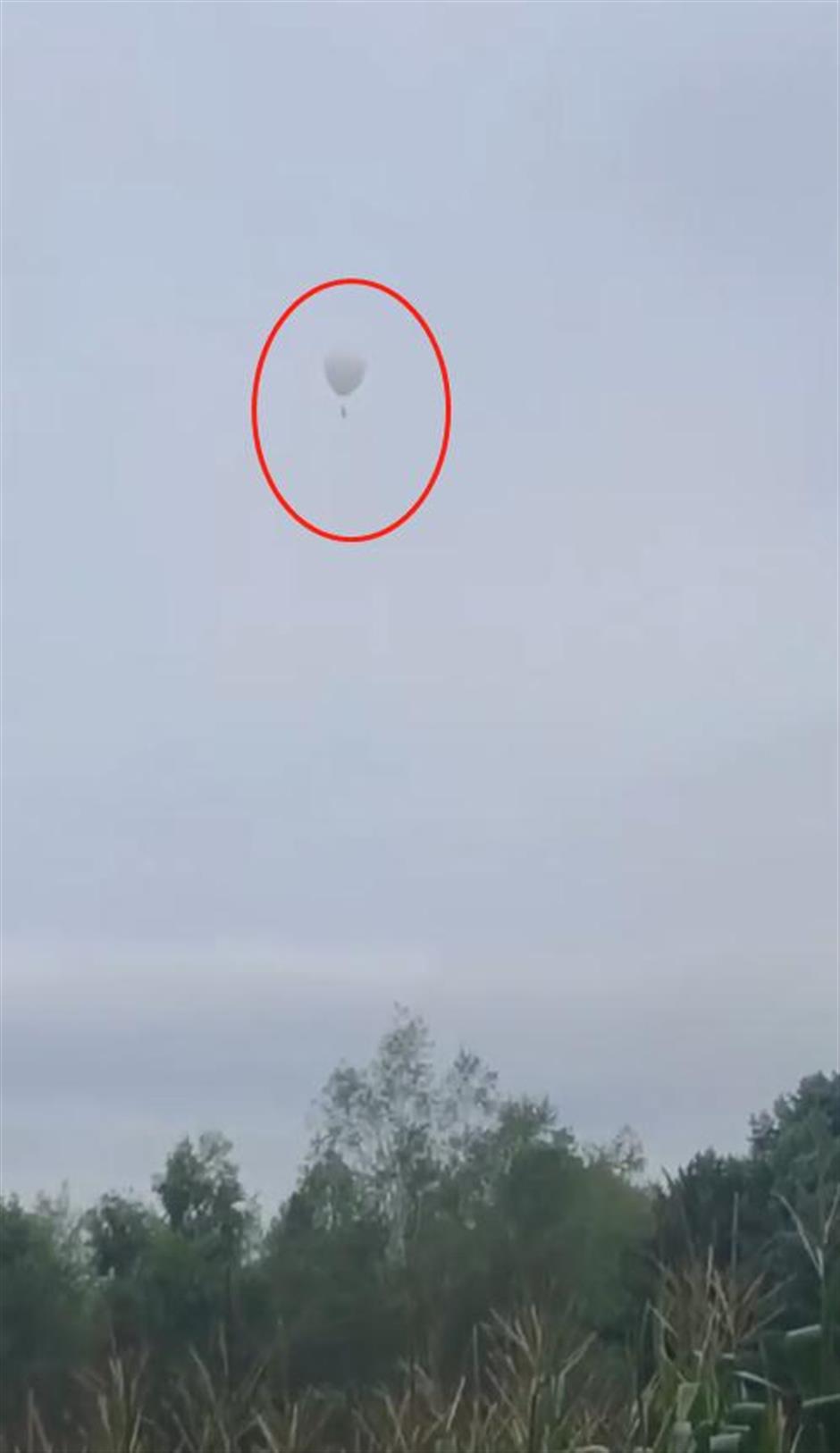 The hydrogen balloon flies high into the sky after losing control.

According to China Central Television, police contacted the trapped person on September 5 via mobile phone and instructed him to slowly deflate the balloon. The hydrogen balloon has successfully landed in the forest area of Fangzheng County, also in Heilongjiang.

However, as Hu's exact location was hard to determine, he was finally found by rescuers at around 9am on September 6.

Hu is in a good condition except for minor injuries to his waist. According to Heilongjiang Radio and TV Station, he had drifted more than 300 kilometers in the air from where he began to where he was found. 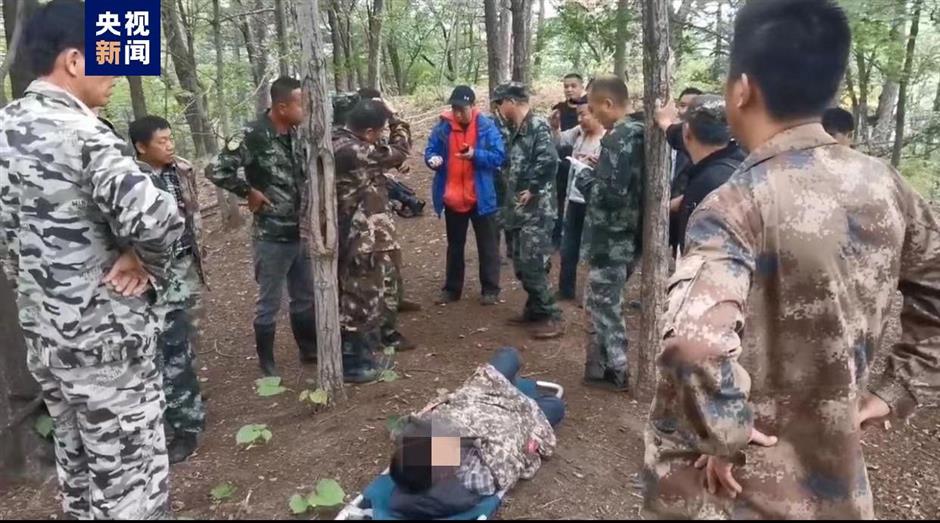 Hu was found by rescuers on Tuesday.

A report from Beijing Youth Daily said more than 600 people were involved in the rescue.

"The area where the man fell is an old forest, and the trees are dozens of meters high." Meng Qingchun, one of the rescuers told reporters.

He said the police initially dispatched several high-power drones with thermal sensors into the mountains to look for the hydrogen balloon. Unfortunately, the search was fruitless.

"Only the tree canopy can be seen during the day, and it is pitch black at night," Meng said.

Consequently, the search and rescue could only be done with manpower.

After two days and two nights of searching over more than 900 hectares, rescuers finally found where the hydrogen balloon fell.

Hu's experience has also aroused people's curiosity about the job of picking pinecones. 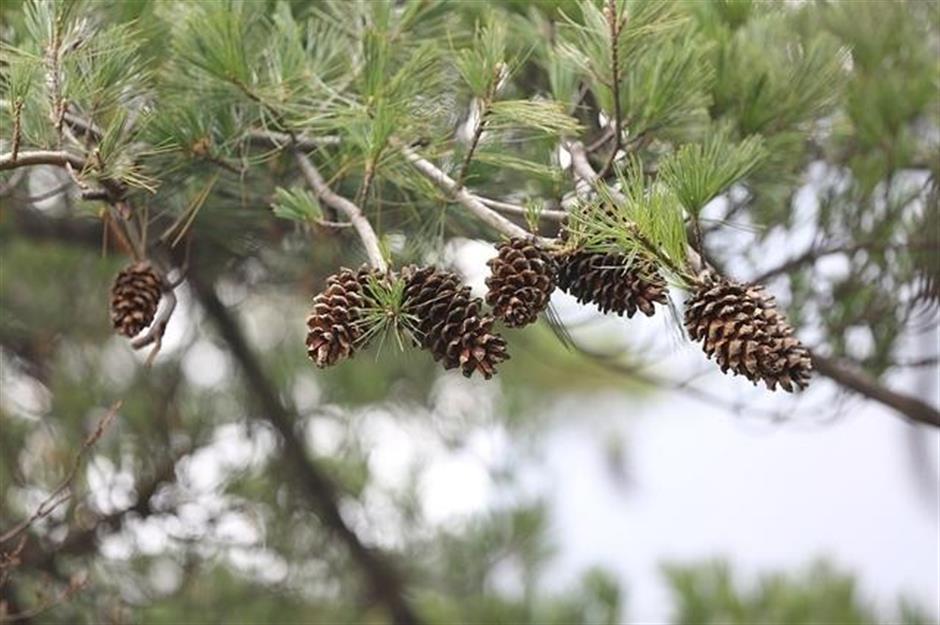 It's now harvest season for pine nuts in the northeastern provinces, and people from all over the country will risk their lives to to pick pine nuts because of its high income. Fifty-three-year-old Liu Chenghui from Enshi in Hubei Province is one of them, according to Elephant News.

Trunks in the pine forest where Liu worked are tall, pine needles are dense and the highest pinecones are about 30 meters off the ground.

In the past, workers had to wear special iron shoes, climb up the high treetops with their bare hands and knock the pinecones hanging from the treetops to the ground with a long pole.

"This method is very dangerous. If workers fall, they will either die or be injured," Liu said.

In recent years, to reduce the risks of tree climbing, many workers have chosen to use hydrogen balloons to reach the pinecones. Before coming to Heilongjiang, Liu bought a hydrogen balloon for 20,000 yuan(US$2865.8), which is more efficient but still carries safety risks.

Liu said a local boss pays 170 yuan for a 75-kilogram bag of pinecones. In order to make more money, Liu went up the mountain to pick pinecones at 5am and went down at 7pm. After one day's hard work, he can fill more than ten bags and earn about 2,000 yuan.

An accident happened the second time he used a hydrogen balloon to work.

"When that happens, you can't panic, you can only force yourself to calm down and find a way to save yourself." Liu said.

He realized what a dangerous job it is after the incident. However, in order to earn more money and give his family a better life, he will consider doing it again during the next pine nut harvest season.