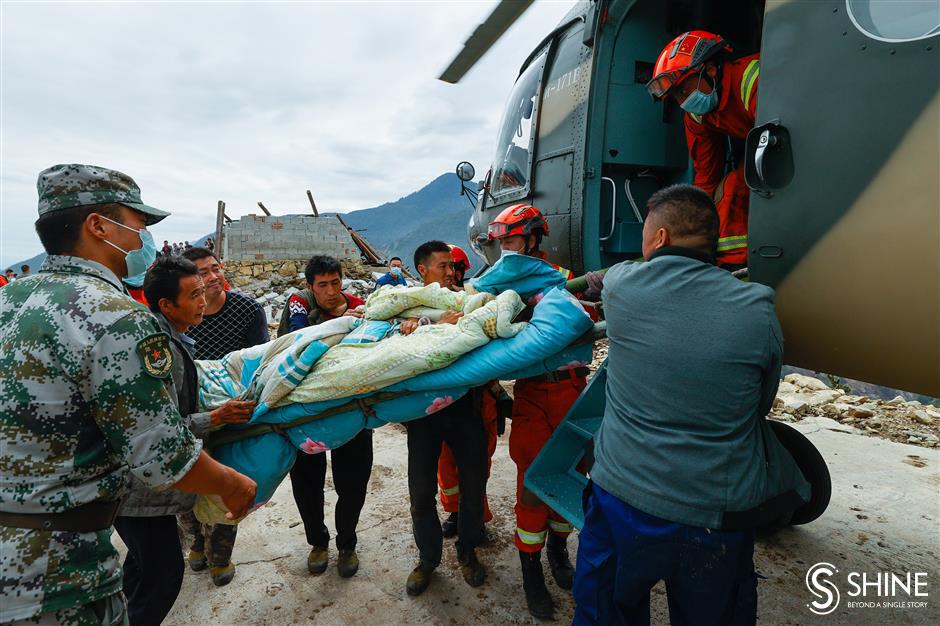 Rescuers carry an injured villager to a helicopter in Detuo Town, Luding County in Sichuan Province, on September 6, 2022.

A total of 74 people have been killed and 26 remain missing after a 6.8-magnitude earthquake jolted Luding County in southwest China's Sichuan Province on Monday, local authorities said on Wednesday.

The rescue headquarters of the Ganzi Tibetan Autonomous Prefecture said 40 were killed, 14 were missing and 170 were injured in Ganzi as of 9pm on Tuesday.

In the city of Ya'an, 34 were dead, 12 remained missing and 89 were injured as of late Tuesday, said the city's emergency management bureau.

The earthquake struck Luding County in Ganzi at 12:52pm on Monday, according to the China Earthquake Networks Center.