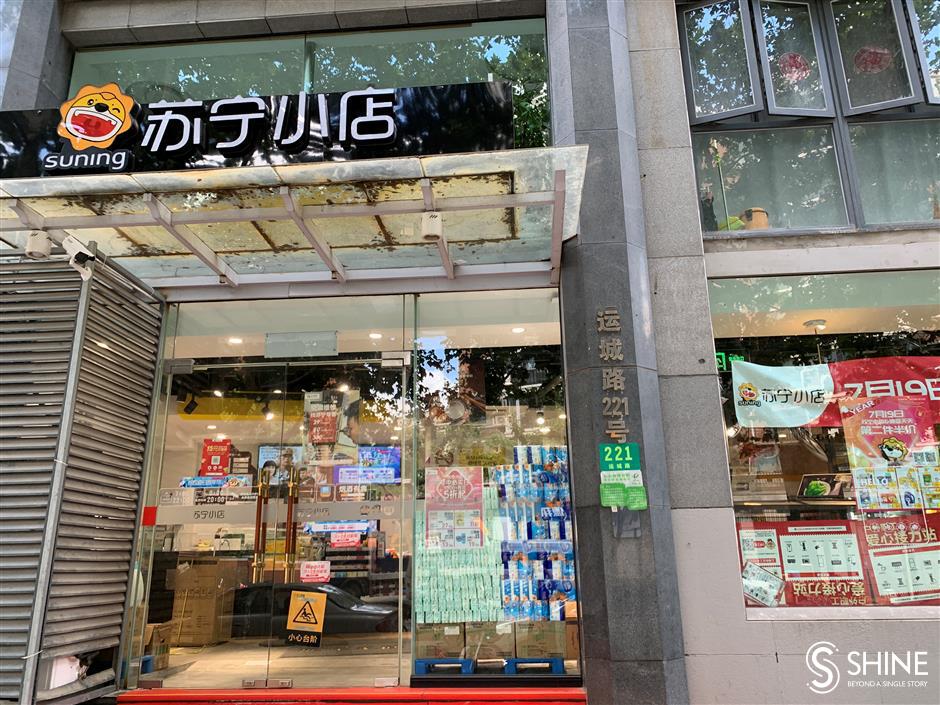 Most of Suning's community stores are in local neighborhoods to generate word-of-mouth to bring in more customers.

Suning.com said its first-half revenue was up 22.5 percent to 135.6 billion yuan (US$19.1 billion) although profit declined due to a one-off gain from a year ago.

It added 35 million registered members in the first half to make a total of 442 million through new grocery store openings and its acquisition of Wanda department stores earlier this year.

Profit was down 64 percent to 2.14 billion after higher investment-related gains a year earlier.

Sales of home appliances, personal care and daily consumer goods through both Suning's online and offline channels went up 67 percent in the first half and now contribute about 27 percent of its total revenue. The company is hoping to rely less on big-ticket items such as electronic appliances and bring in more grocery shoppers.

It's also looking at expanding its corporate sourcing business by joining with the Human Resources Management Association of China and combining its online and offline resources and smart analysis to suit various procurement demands and employees' preferences.

The Nanjing-headquartered retailer in late August gained approval from China's State Administration for Market Regulation to acquire an 80-percent stake in French supermarket giant Carrefour China in a 4.8 billion yuan deal, a key step to develop its offline retail business and smart-retailing.

It's also using offline community stores and social networks to attract buyers, which helps lower its marketing and promotional expenses. More than 92 percent of online orders are coming from smartphone apps.

Most of its community stores are in local neighborhoods rather than near commercial or office areas to generate word-of-mouth and bring in more customers.

Financial-related services in the first half jumped 70 percent.