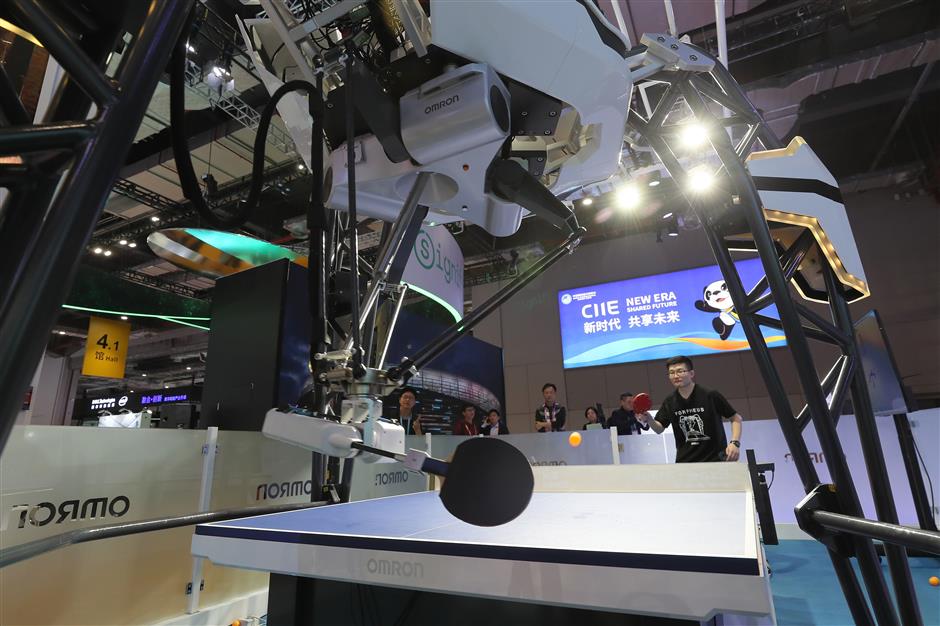 Want to sharpen your ping pong skills? Playing against a robot may help you improve training effectiveness while having fun.

This is Omron's third experience at the CIIE. Based on artificial intelligence technology, the ping pong training robot, FORPHEUS, applies algorithms to decide to hit the ball by forehand or backhand return.

The robot is equipped with an image sensor that is installed in the middle of the mesh on the table to detect players' body information such as facial expressions, lines of sight and heart rates.

This allows the robot to evaluate the performance level and emotional state of the players. "For instance, blinking suggests emotional tension," said Liu Xiaojun, an engineer with Omron. Therefore, the robot records the rate at which players blink and adjusts its returning balls to keep players focused.

The system has also been used in manufacturing plants to learn about employees' or workers' physical and mental states, said Liu.

At the Intelligent Industry and Information Technology exhibition area of the CIIE, more than 300 exhibitors from 40 countries and regions showcased their innovative products.

"The CIIE provides a platform and opportunities for enterprises to show their innovations," said Zhao Yao, director and general manager of Omron Health care in China.