McCafé expands to keep up with coffee's explosive local growth

McCafé continues to see robust growth in Shanghai's coffee market as it eyes 100 more openings at existing McDonald's restaurants by the end of next year.

The number of coffee drinks sold at Shanghai McCafés is higher than anywhere else in the country as it continues to strengthen its foothold in its biggest Chinese market.

"Shanghai has a vibrant coffee culture with a wide variety of customers and service providers," said Regina Hui, general manager of McCafé China.

McCafé is targeting about 1,000 new openings at existing McDonald's restaurants in second- and third-tier cities by 2025 after nearly tripling its total number of locations in China to almost 2,500 over the past two years.

Ele.me said in a recent industry report that coffee spending in Shanghai exceeded the amount spent in Beijing, Guangzhou and Shenzhen combined.

McCafé located its first Shanghai flagship store in Xuhui District in late 2020, which included bakery and deserts in addition to coffee drinks.

The company is confident in Shanghai's consumption market and its booming coffee scene and will continue to connect with local industry organizations and raw material suppliers.

McCafé hopes to attract repeat customers with classic offerings such as latte instead of relying on short-term buzz. 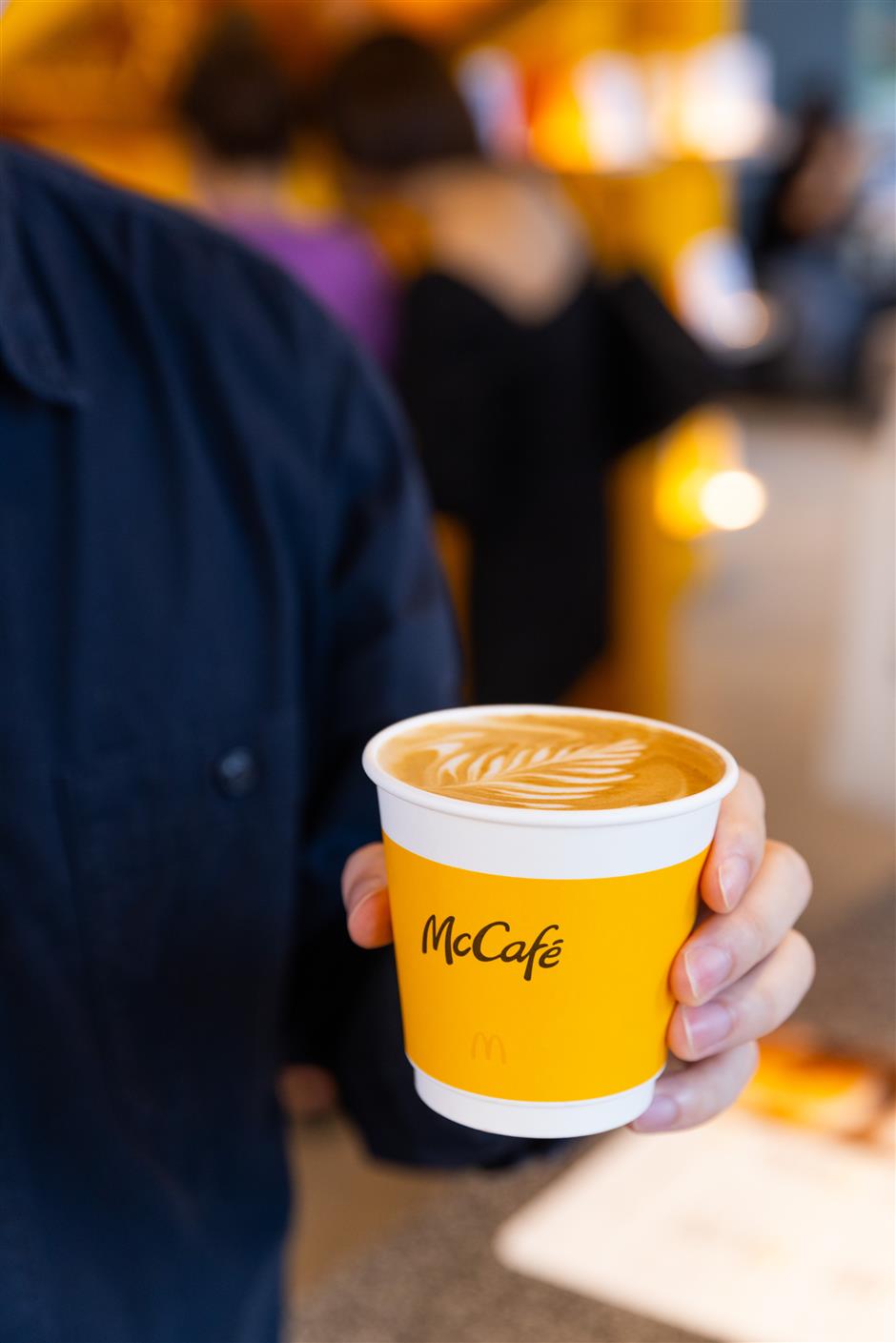 The number of coffee drinks sold at Shanghai McCafés is higher than anywhere else in China.

The upgraded McCafé latte goes on sale today with a richer taste and more types of milk, such as coconut and oat, to choose from, with an eye to continue offering more products in the future.

China's coffee market grew 27 percent year on year to 382 billion yuan (US$58.8 billion) in 2021 and is expected to reach 1 trillion yuan by 2025, according to local consultancy iiMedia.

According to Meituan's data, Shanghai had about 7,800 coffee shops at the end of June, adding nearly 1,000 from the end of 2021, and the Shanghai Technician Association's Coffee Specialty Committee estimates there are about 23,000 baristas in the city.

Market research firm Mintel said in its latest retail coffee report that China's coffee consumption demographic is skewed toward people between the ages of 25 and 29, and women make up more than half of the customer base.

Mintel expects the coffee category to evolve further to meet the active lifestyles of young consumers as new types of coffee drinks continue to emerge.