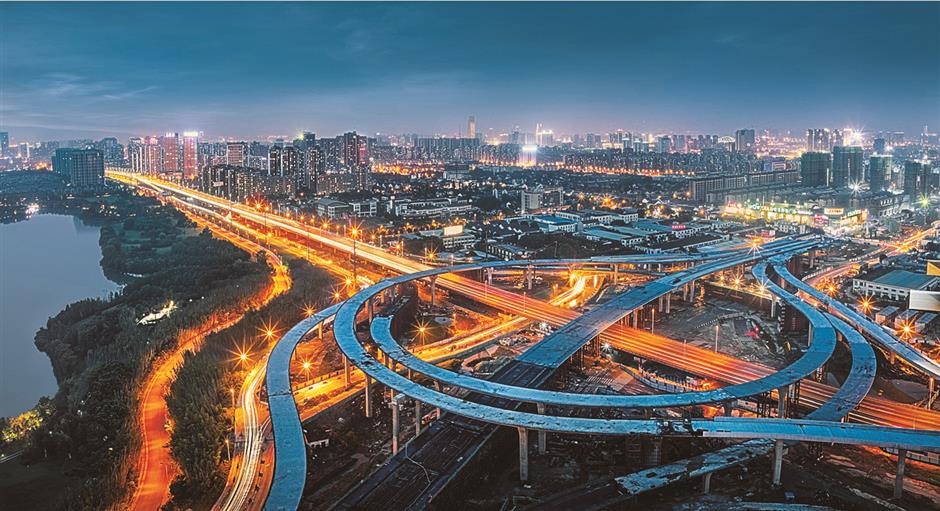 A night view of the Wuzhong Economic and Technological Development Zone

In south Suzhou, Wuzhong Economic and Technological Development Zone has grown into a hub of smart manufacturing, next-generation information technology and biomedicine.

Additionally, the development of components for new-energy vehicles, e-commerce, inspection and testing play important roles in the local economy.

The gross domestic product of the economic zone was 46 billion yuan (US$6.67 billion) last year, up 7.5 percent from a year earlier. Meanwhile, total industrial output reached 93.7 billion yuan, a year-on-year increase of 6.5 percent in 2019.

In the first 11 months of 2019, the top 30 smart manufacturers in the zone, including Inovance and Secote, reported total output of 12.8 billion yuan, up 7.1 percent from a year earlier.

The output of the 13 largest next-generation IT companies reached 14 billion yuan, up 7.6 percent year on year. Flex and Multi-Fineline Electronix were among the best performers.

The output of Dawnrays, Wuzhong Pharmaceutical and two other leading biomedicine enterprises totaled more than 2 billion yuan, up 3.8 percent from a year earlier.

Following these achievements, the economic zone is moving toward a new round of technological innovation. It is working with Inspur Group to produce main boards for cloud computing servers in the company’s Suzhou intelligent manufacturing base amid the rollout of 5G wireless service. 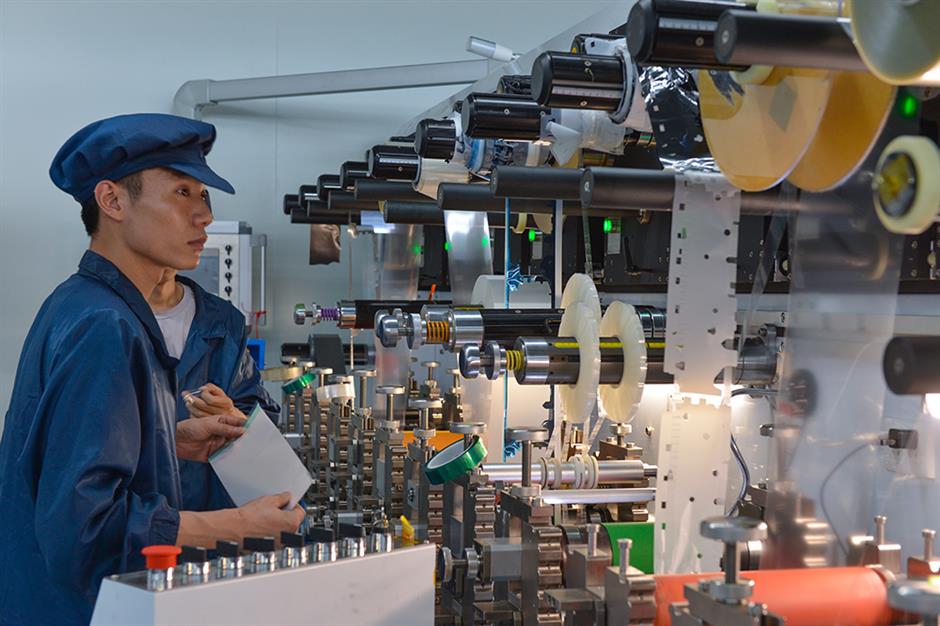 Wuzhong Economic and Technological Development Zone has grown into a hub of smart manufacturing, next-generation information technology and biomedicine. 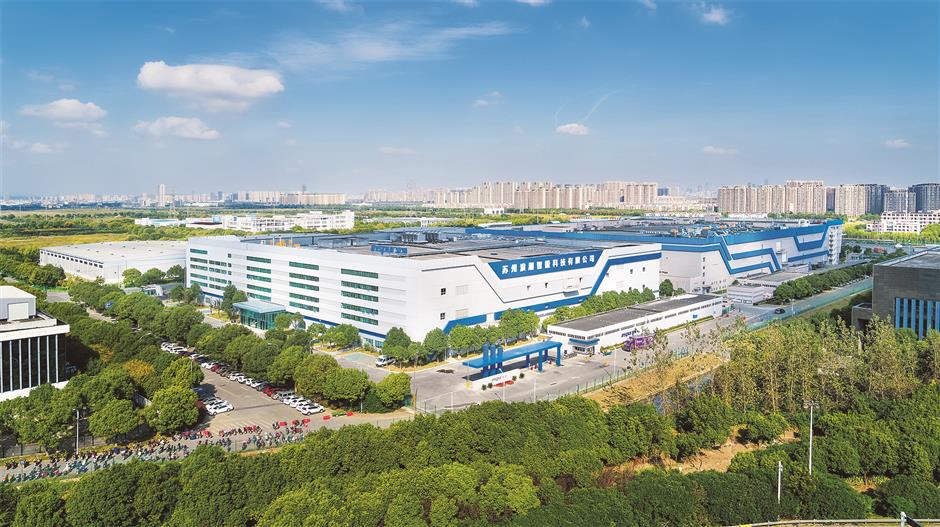 The exterior of Inspur Group

The Suzhou smart manufacturing base for Inspur servers is in the zone.

With a total investment of 1.5 billion yuan, it is an automated, intelligent, flexible and transparent modern manufacturing factory.

The factory integrates the next generation of information technology, such as cloud computing, big data, Internet of Things and a series of information systems to connect production equipment, people and materials, so as to realize the automation and perception of the whole process of logistics, warehousing and production.

The annual output of the factory will exceed 5 billion yuan and its annual tax payment will exceed 170 million yuan in five years. Kong Liang, vice president of Inspur Group and general manager of Inspur Suzhou, said the completion of the Suzhou smart manufacturing base for Inspur servers will further improve the level and product quality of China’s smart manufacturing of servers.

“We are optimistic about the large-scale commercialization of 5G. A period of rapid growth of cloud computing is anticipated. In 4G systems, there are many ‘killer applications,’ like Toutiao and TikTok.”

“There will be more killer apps after the large-scale deployment of the 5G network. In this case, the requirements for data volume will be different. Applications will create new data demand with the upgrade to 5G technology. The demand for high-speed 5G devices will increase the demand for servers.”

Inspur will join Inovance and Secote to lead the development of smart manufacturing in the zone, which contributes more than 20 percent of total industrial output, according to Ma Liheng, deputy director of Investment Promotion Bureau of Wuzhong Economic and Technological Development Zone.

The Shenzhen-listed Luxshare Precision has decided to invest 1.5 billion yuan to set up a 5G product headquarters in the zone. Output at full production will reach 5 billion yuan, according to Ma.

From 2016 to 2019, Wuzhong Economic and Technological Development Zone received US$900 million in foreign investment and US$25.4 billion in registered capital from domestic companies, Ma said.

The Taihu Lake software industrial park is now home to the Suzhou campus of China Center for Information Industry Development, Qi An Xin Group, Inspur and Huawei DevCloud, which expected to play a prominent role in industrial software development throughout the country, according to Tang.

The planned Wuzhong biomedicine industrial park is expected to form a future cluster for the biomedicine industry. The park will house a number of enterprises in the R&D and production of new medicines, medical devices and in health care, Tang said.

At the same time, the development zone attaches great importance to the construction of an intelligent ecosystem, strengthens support for green smart factories, intelligent workshops, cleaner production, industrial Internet of Things and applications, and guides businesses in the zone to carry out their works more efficiently and scientifically. 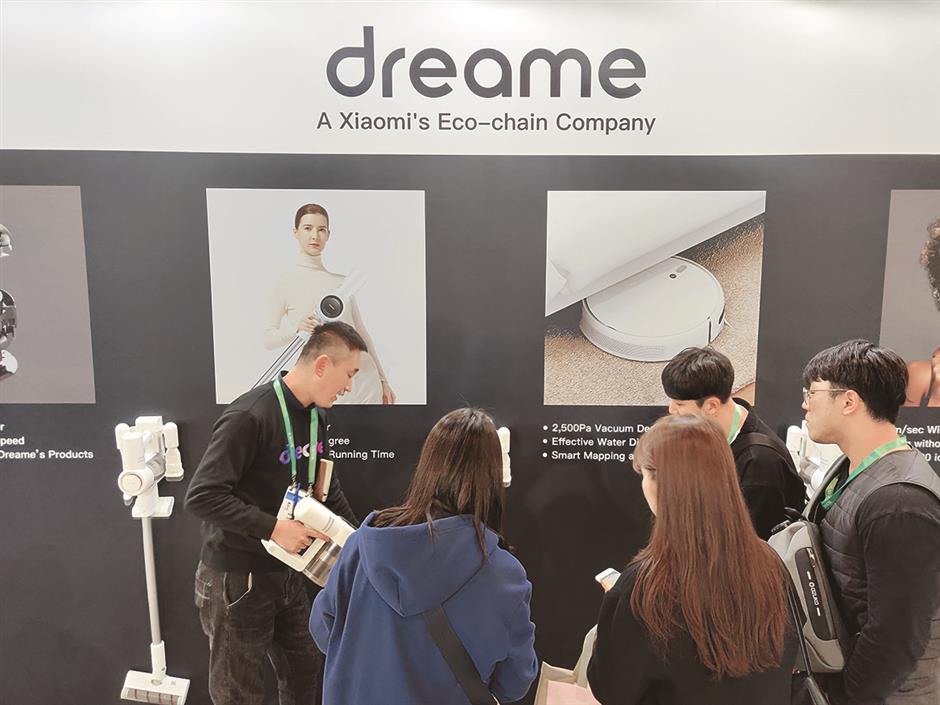 A staff member of Dreame shows the vacuum cleaner at the CES 2020 in Las Vegas.

Because of the business-friendly environment and good working conditions, high-growth innovative startups have launched businesses here.

Dreame is one among them. The startup is dedicated to developing smart cleaning gadgets like vacuum cleaners, hair dryers and robot mops.

Most of Dreame’s staff members are research fellows who graduated from prestigious universities, such as Tsinghua and Carnegie Mellon University. Its founder Yu Hao is an experienced expert in aerodynamics.

Dreame will create a home appliance system on the basis of big data, artificial intelligence, Internet of Things, blockchain and other new information technologies.

Wang Shengle, co-founder of Dreame Suzhou, is satisfied with the convenience and accessibility available in the zone.

“The upstream and downstream enterprises nearby shorten and optimize our supply chain. On the other hand, we’re easy to hire talent with affordable cost thanks to the location, preferential policies and facilitation measures the zone offers,” said Wang.

An original equipment manufacturer to Xiaomi Corp, Dreame has received multiple rounds of venture capital investment, including from Xiaomi.

“Since Wuzhong is very close to Shanghai, we are looking forward to some of the best funding options,” Wang said with confidence.

Wuzhong is not only where the dream begins, but where legends continue. Not only does it offer good working conditions, but also a good life.

On the shore of Taihu Lake and backed by Qizi Mountain, a new town will rise. With a planned area of 30 square kilometers, the Taihu Lake New Town will feature the biggest and most advanced lower ground complex throughout the country, a 10-kilometer shoreline with lake views and dozens of skyscrapers.

With a total investment of more than 3 billion yuan, it will be connected with high-rise buildings and nearby roads through 34 gateways.

“After completion, it will be the first ‘three-star’ green building in China and an icon of lower-ground commercial complex,” said Tang Yongfu, an engineer of the project. 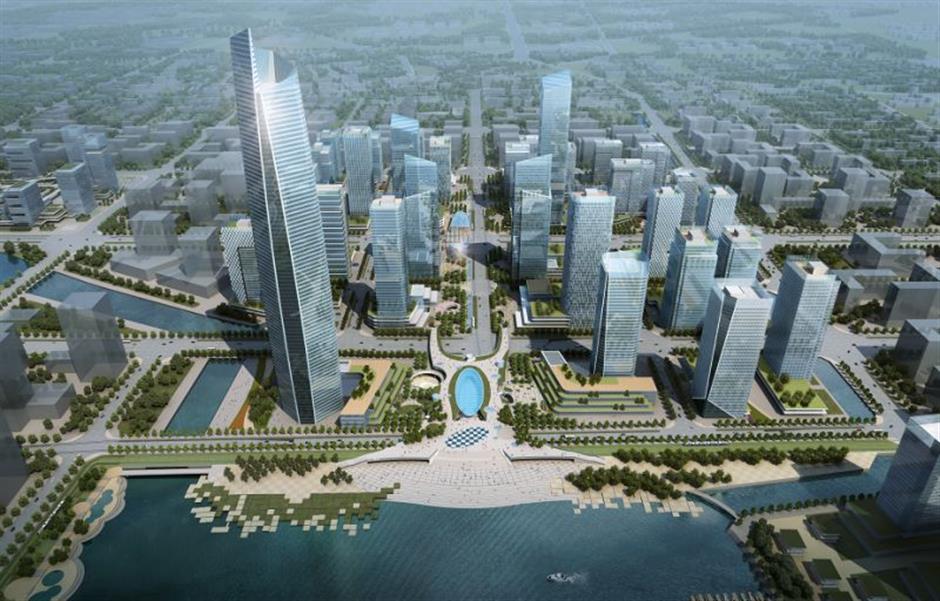