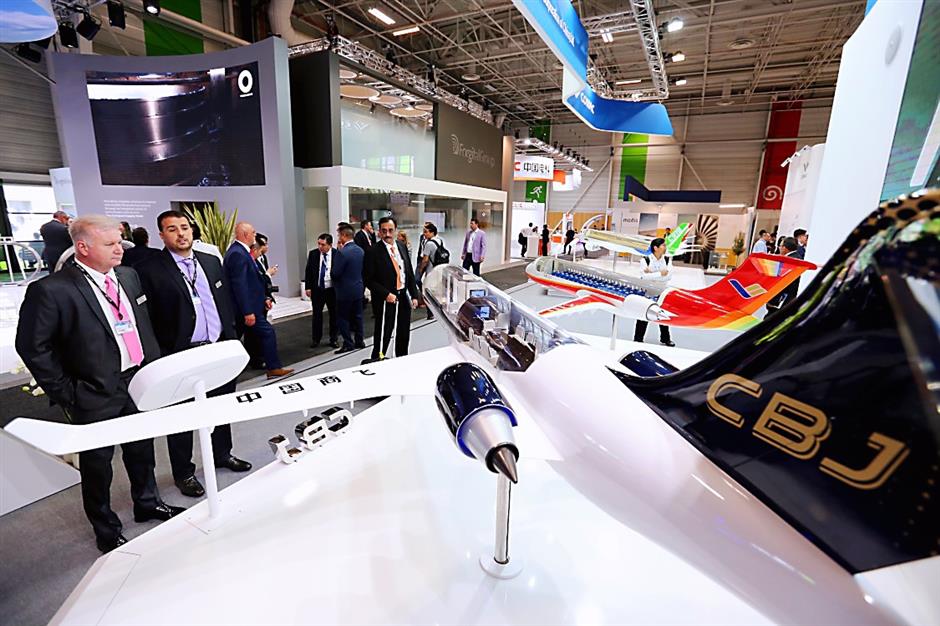 The Commercial Aircraft Corporation of China (COMAC) displays a 1:10 model of its CBJ business jet at the Paris Air Show for the first time.

A Chinese business jet has made its overseas debut at the ongoing biennial Paris Air Show.

The Commercial Aircraft Corporation of China (COMAC) took a 1:10 model of its CBJ business jet, based on the ARJ21, to the world’s largest air show.

The CBJ features more cabin space than rivals in the same class. It can be configured with 12 to 29 seats, a separate VIP bedroom, lounge, meeting room, sitting room and dining section, depending on the demands of the customer.

It has better soundproofing, a range of 5,500 kilometers, and can adapt to a wide variety of flying conditions, from extreme temperatures to high altitudes and strong crosswinds. 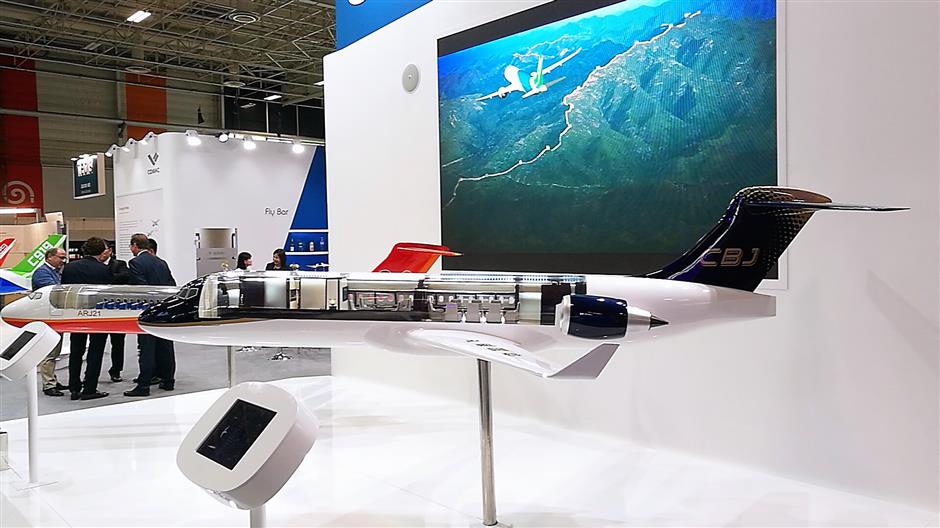 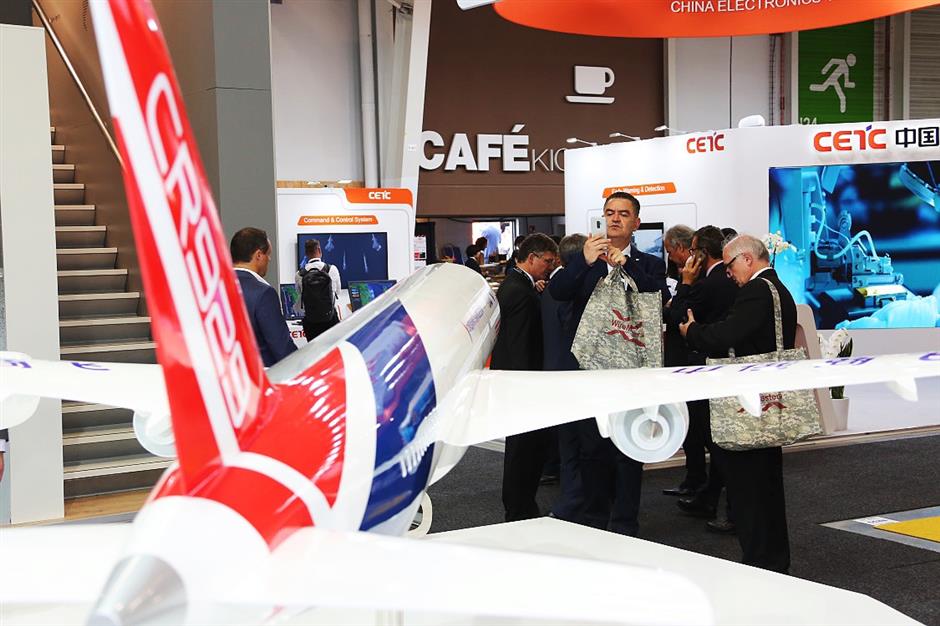 The CR929 has finished its “concept definition.”

A second operator, Genghis Khan Airlines, will begin flights early next month. More than 100 ARJ21s will be delivered in the next five years, as COMAC challenges the dominance of Bombardier and Embraer in regional jets.

The CBJ was unveiled in April at the Asian Business Aviation Conference & Exhibition at Shanghai Hongqiao Airport. The annual exhibition has been dominated by foreign manufacturers since it began in 2012.

Three C919s, China’s first domestically developed narrow-body jet, will start airworthiness tests this year with a total of six used in flying tests. Three have already been testing and the other three are being assembled. The C919 made its maiden flight from Shanghai on May 5, 2017.

Furthermore, the CR929 project has finished its “concept definition.” The wide-body jet will seat 280 and have a range of up to 12,000 kilometers. It will be assembled in Shanghai. 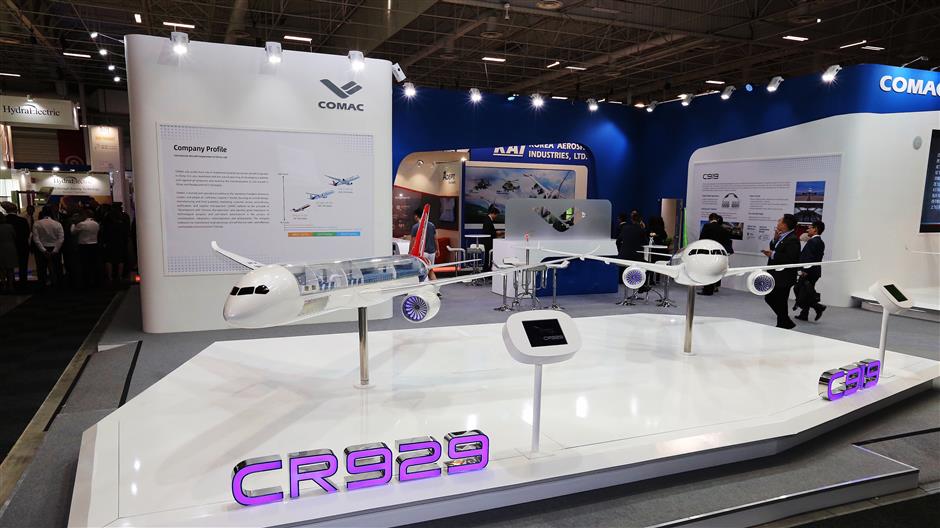