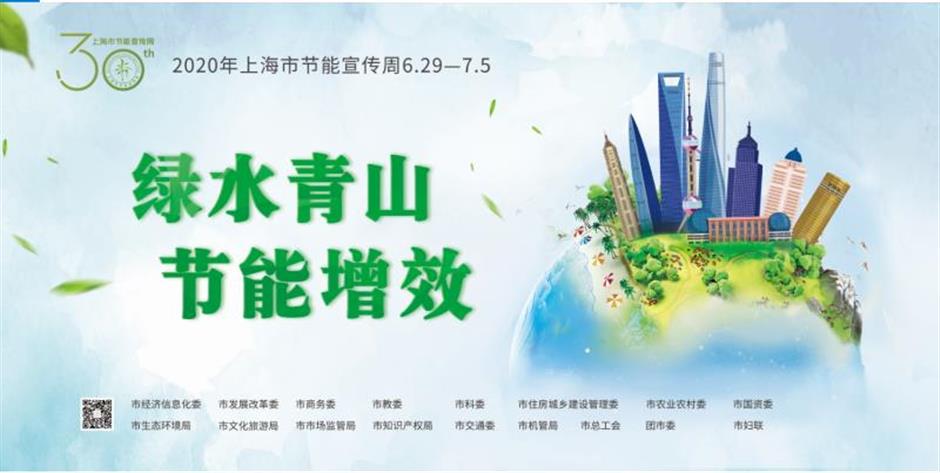 The 2020 Shanghai Energy Conservation Promotion Week will open on June 29.

The 2020 Shanghai Energy Conservation Promotion Week will open on June 29 as it is celebrating its 30th anniversary.

Co-organized by 17 Shanghai government departments including the Commission of Economy and Informatization and the Development and Reform Commission, it aims to encourage the public and all industries to join in building a city that saves resources and protects the environment.

From June 29 to July 5, a total of 308 online and offline activities will be held. For the first time, it will use livestreaming.

In cooperation with Suning.com, it will host two non-profit livestreaming programs to promote energy conservation tips on July 4, such as how to reuse plastic lunch boxes, while another program will sell energy conservation products on July 3. Well-known brands such as Gree will offer their biggest discounts of the year, according to the organizer.

It launched a Wechat application which will allow the public to visit 22 science sites showing energy conservation applications for free.

To celebrate its 30th anniversary, it has chosen 10 milestones in Shanghai’s energy conservation since 1991 which will be named on June 28.