Award-winning photographer Eric Pillot is promoting a solo exhibition at the Galerie DUMONTEIL under the theme of “Parois,” the French word for walls.

The Frenchman invites visitors to re-examine 14 of his works on display and judge their existence as independent subjects.

Pillot adopts Straight Photography and uses the principle of a frontal, sharp, leak-free, transformation-free shot in the “Parois” series. The pictures reconcile the depth of plane and space. Without setting or decoration, the photographer discards perspective and flattens the space composed of walls and grounds through an intuitive frontal focus.

Born in 1968, Pillot now lives and works in Paris. But his resume is quite different from that of his peers.

He studied at Polytechnique, the top engineering school in France, from 1988 to 1991. He furthered his study at the Ecole Nationale Superieure de Techniques Avancees, which is one France’s best engineering schools, before working as an engineer for the French National Defense Department for almost eight years.

But Pillot left his engineering career behind around the same time he developed an interest in classical and jazz music.

“Thanks to my jazz teacher, who was a great and active artist, I realized that I had some artistic sensitivity,” said the 52-year-old.

In his thirties, Pillot turned his interest toward photography.

“I am a self-taught photographer,” he said. “I had enough of schools. I think that my interest in colors has something to do with music. And in French we use some similar words for music and colors, such as composition, harmony and tonality.”

In order to earn a living and have more time to explore photography, Pillot taught mathematics. In 2002 he passed “Agregation de Mathematiques” and qualified to teach at a university, where he used his vacations to explore a love of photography.

Pillot earned his name in the art community through his first series “Zoos.”

“In 2004, I visited a zoo that offered an underwater vision of polar bears, I saw these very impressive bears swimming and playing like children,” he said. “It was unreal for me, like a dream so I began photographing animals there.”

He visited several zoos across Europe and the United States and captured their images in a poetic black-and white way.

“Considering the choices I have made, I guess that ‘liberty’ is a key word for me. When I walked around these zoos, I was, to a certain extent, trapped, like the animals I shot — trapped in these artificial places, trapped by my empathy toward my beloved subjects.”

Although the photographer’s subjects might vary, “waiting” for the right moment is an indispensable part in Pillot’s creations.

“Different lighting gives a different visual impact on the walls during the day, not to mention the seasonal changes” he said. “Even the small detail like the falling leaves or insects nearby might change the tableau.”

Pillot obviously enjoys the solitude in finding these walls and waiting for hours. He walks near the sea, in the North of France, and the harbor town of Le Havre in Normandy in search of walls that respond to his inner side.

Cracks, streaks, stains and spots do appear to turn these walls into surfaces etched with the vicissitudes of history. Humans are absent from the frame but their absence serves to highlight these traces.

“Parois is the passage of time embedded in the ruined walls, the partially peeling surface, the faded paint, the plants grow in the cracks of the walls, as nature is active in this landscape of the time,” he said. 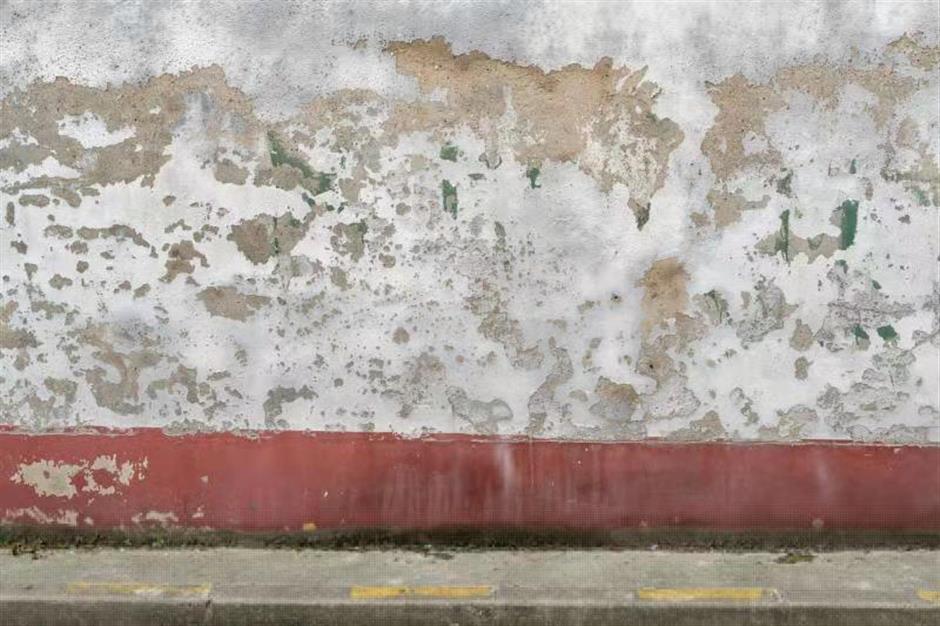 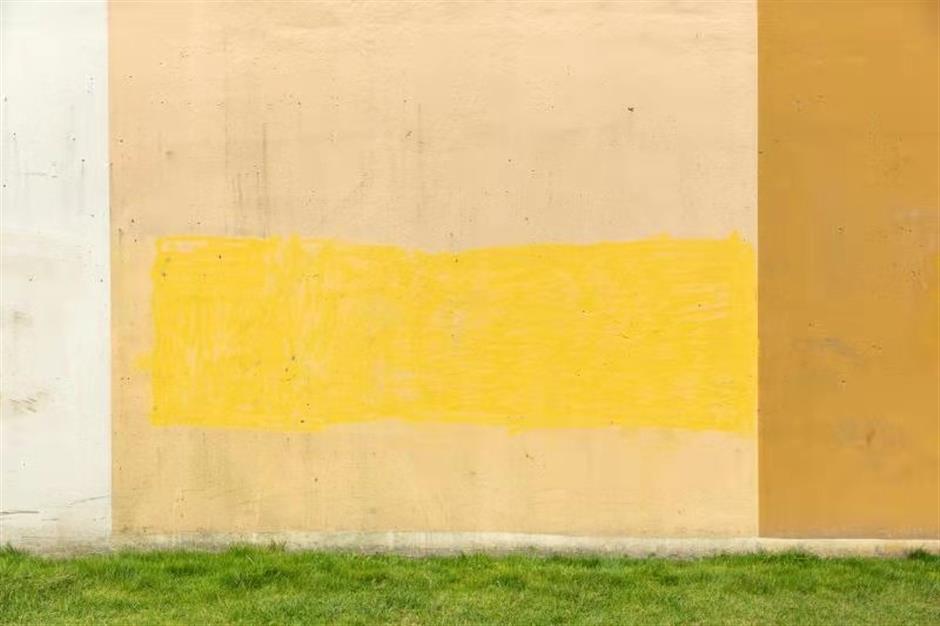